Last day to enter the American Spoon Giveaway! You have until midnight tonight!

Thanks for playing another fun round of Friday Trivia! Those who qualified this week are:

Remember – first prize will be announced on November 15th!!

Last week when I made Vanilla Bean Cupcakes, I also made a pumpkin version. 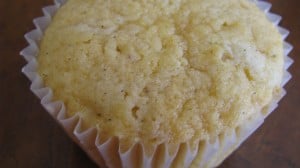 You can find the Vanilla Bean Cupcake recipe HERE. To make it a pumpkin cupcake, I added:

You can find the Vanilla Bean Frosting recipe HERE. To make pumpkin frosting, I added: I am currently at Good Taste Pittsburgh! If you are in the area, stop by and say hello. I have 1000 cupcakes to giveaway!

More on Good Taste Pittsburgh and my cupcakes to come later… :) Have a great Saturday!