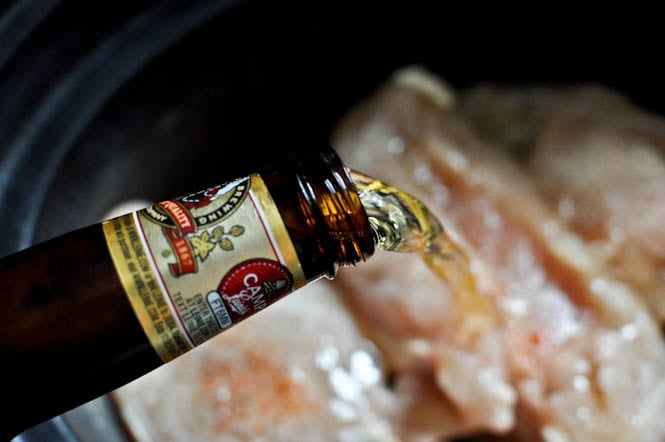 I can’t get enough of the stuff.

If I’m telling the truth, I really enjoy cooking with beer much more than I like drinking it. I do like to drink it on occasion, but it’s not always my beverage of choice. However, when it comes to cooking with it?

Basically, I love replacing water with alcohol. Always and forever. And now… a peek into what a mess my kitchen appliances really are. You don’t even want to see my stand mixer. Or my toaster. Or my food processor. Or my fridge. Or my… everything. I’m a train wreck. 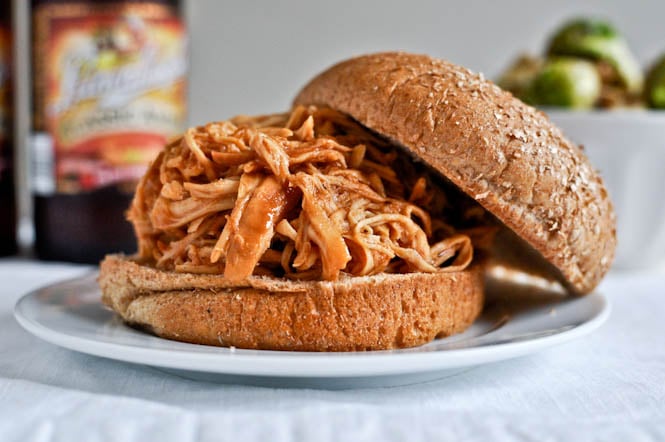 Look at that bun. (Or bum, since that’s what I really just typed.) Don’t you want to do a big trampoline jump on it? So puffy and fluffy and fat. 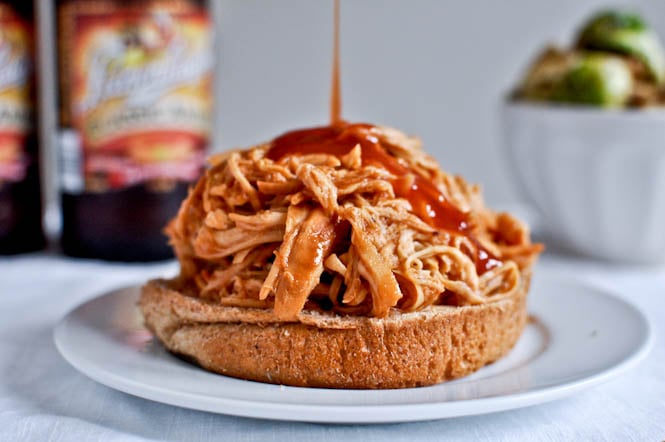 People… I live with a man who seriously eats chicken at least five days a week for lunch and dinner. Sometimes I get insanely creative, but most weeks he gets the short end of the stick when I throw chicken in the slow cooker with, uh… nothing else, just so I don’t have to deal with making him something delicious only to stuff it in five giant tupperware containers. Maybe I do wish you could see my fridge.

So, I’m convinced it’s a combination of the perfect marriage between beer, spices (I freakishly love onion powder and smoked paprika together… give it a whirl) and sauce (Bone Suckin‘ is the best) that makes this so amazing. It’s a great meal for a crowd but if you’re smart, you’ll make a big crock for yourself and freeze a bunch for the days when wine drinking and pie eating takes precedence over dinner.

Or is that just me? 8 ounces of beer (I used a classic amber)

Season chicken with onion powder, garlic powder, paprika, salt and pepper. Add to crockpot, then add beer and 24 ounces of barbecue sauce. Cook on low for 8 hours, tossing once or twice if desired. After 8 hours, shred and add remaining barbecue sauce. Toss chicken to coat and let sit for 10-15 minutes before serving to absorb everything. Serve as desired.

1. I’ve found that *thinner* barbecue sauce works better (such as Bone Suckin’ Sauce) than thicker sauce (like Sweet Baby Ray’s). If you choose to use a thicker sauce, you may want to add a little more beer (or liquid) in order for the sauce not to burn and thicken on the edges of the pot. This is also the reason I don’t use my homemade barbecue sauce.

2. If you don’t want to use beer, you can try a ginger ale, chicken stock, or even water.

3. This makes a ton of chicken and I usually freeze immediately freeze a container for later. 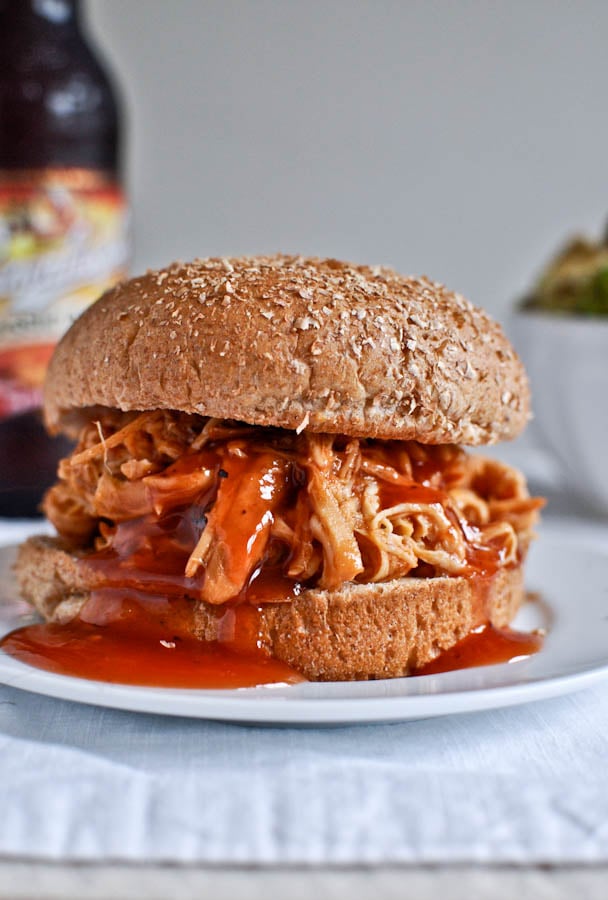 I wish I was sandwiched between those buns.