So, there are like… a lot of vegetables here today. 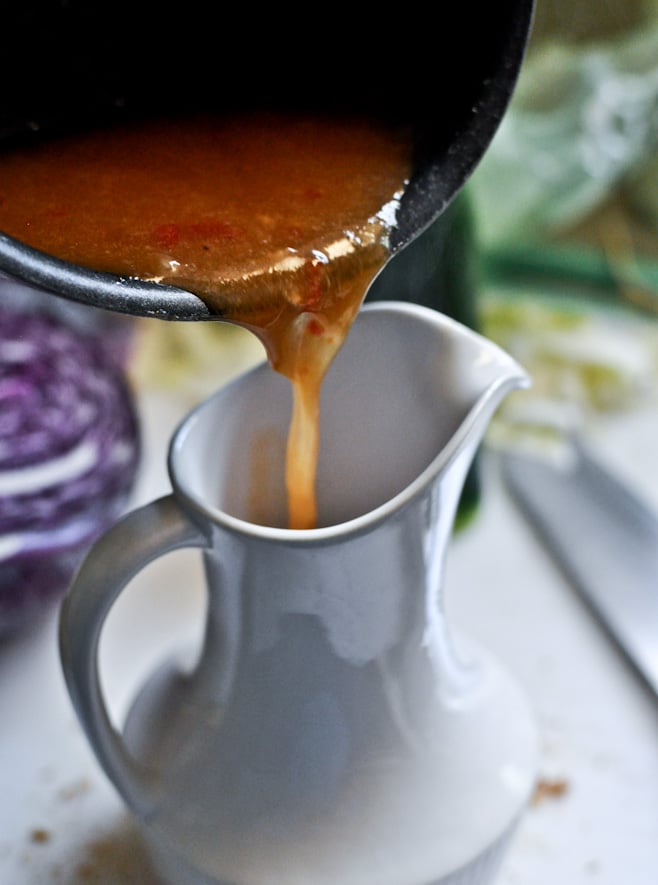 In fact, I think there are probably more vegetables here today than there have ever been here… at all. Combined. And all that jazz. Wait, did that make sense? Especially because there is no bacon involved (that’s whack) or cheese (what?) or french fries. Or carbs. I told you so on Facebook!!

The dressing totally makes up for it though because you can straight up drink it. And you might. Make extra. So you can dip things in it. Like chips or tortillas or chocolate… or something. A few weeks ago we went shopping and stopped for dinner at CPK late, late late… like 10PM late. Because someone had to eat pizza, even though he ate a bacon cheeseburger, truffle fries with cheese and two chocolate shakes mid-afternoon. I KNOW.

This was also the day that I drank the dark chocolate bourbon cherry soda float (among other things), sooooo… when eating out at a restaurant later than I usually go to bed, I didn’t think I needed pizza. I ordered a version of this salad, asked for them to remove three-fourths of the veggies, then ate it drenched in extra peanuts. Because that’s protein… duh. The peanuts are TOTALLY what sells me on this. I love the crunch, I love the flavor, and they make me completely overlook the fact that sitting on a plate in front of my face are three different vegetables I really can’t stand. I just can’t get behind carrots and cucumbers, people. I don’t know if I ever will. I love crunch and texture, but not when it tastes like the Earth.

But I don’t mind napa cabbage too much when it sort of resembles iceberg, and when covered with some chicken and this incredible thai sauce, it becomes easily enjoyable. The traditional salad also usually contains fried wontons, but let me tell you a little somethin’ somethin.’ When I was about 8 years old, I got violently ill after a night of take-out Chinese and twinkies. I mean, for the next few days, just the THOUGHT of either of those two things was enough to make me so, so sick. And to this day, the idea of both still makes me want to toss my cookies. I can do wontons in like, something else cheesy or barbecuey or something, but not just plain. Quite weird, but it is what it is. 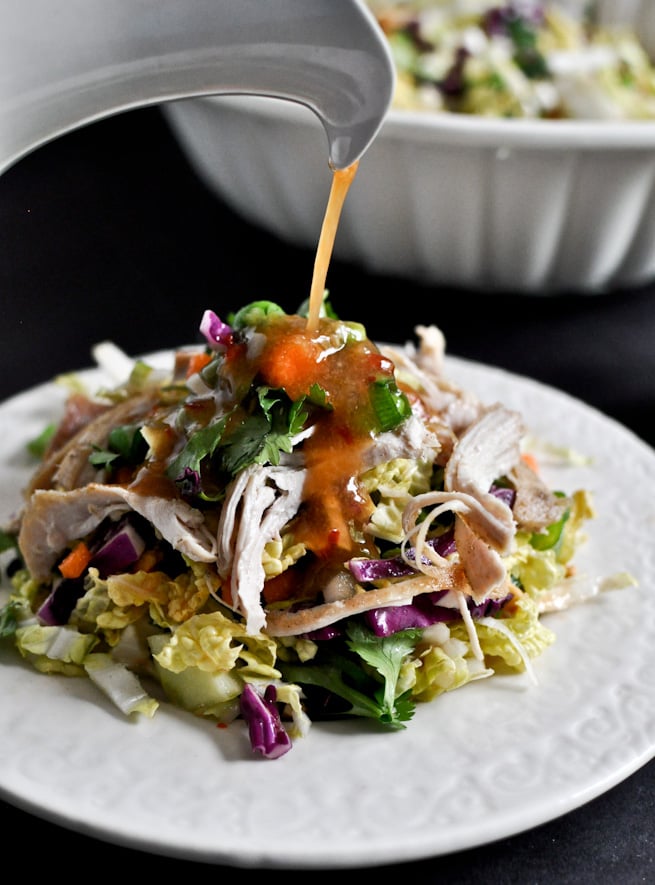 This makes a giant portion – well, for someone like me who cannot consume a large bowl of vegetables to save their life – so I suggest leaving the peanuts, chicken and dressing separate so you can easily throw the leftovers in the fridge and assemble a little non-soggy snack whenever you’d like. If you want to, you know, eat vegetables for a SNACK.