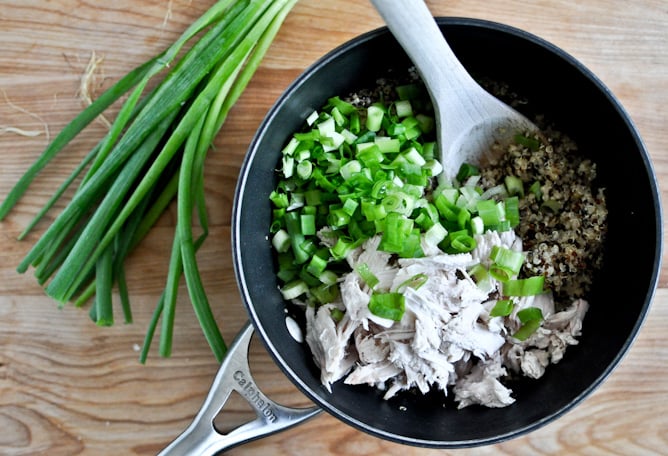 I can’t stop. We just eat a ton of it and it’s so… summery. Well, when I’m not mixing it with bacon grease and crumbled bacon and stuffing it in portobellos and drizzling the whole shebang with balsamic glaze because I’ve totally done that. But not now. Now it’s summertime quinoa.

Summertime quinoa is something you eat after swimming like a fish and drinking lime-spritzed beer and eating broken-off hunks of a Trader Joe’s Pound Plus chocolate bar while watching the women’s gymnastics Olympic trials. And asking yourself that one serious pressing question.

HOW DO THEY STAY ON THE BALANCE BEAM LIKE THAT?! 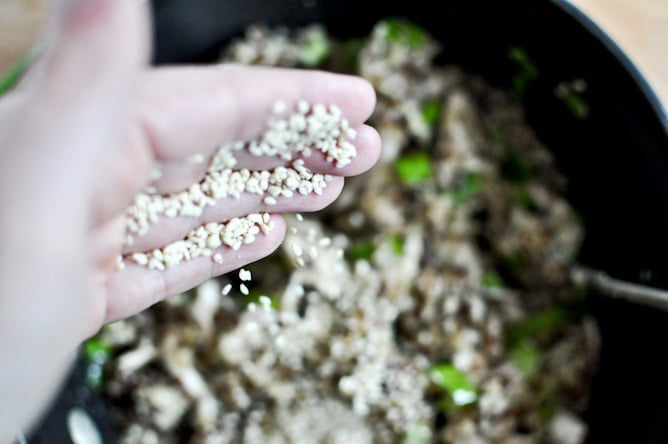 It’s one of life’s greatest mysteries. I can assure you that learning to do so does not include eating a Trader Joe’s Pound Plus bar at 10PM. And I only know that because I was sort of a gymnast (let’s use that term VERY loosely) back in the day. It was all fun and good until the super mean Hungarian coach came and SAT on my backside in order to force me down to the floor in my straddle split. Awesome.

Huh. That was the end of THAT. I’m also pretty sure that learning to flip over your head and land on a 4-inch surface without falling and then swinging from the uneven bars and stuff like that does not include taking a 5 hour nap on Saturday afternoon. Because I also did that and ughhhh… it was so wonderful. I haven’t napped in like, years. It’s going down as one of the best days of my life.

And yep, I did just google “how wide is a balance beam?” Now there is something huge I must mention about this dish. I mean… HUGE.

This little bowl here – this quinoa mixed with some chicken and incredible sesame flavors – actually qualified as a full meal for my husband. Which is one of the rarest things on Earth. Now don’t get me wrong… he’d easily eat this as a side dish to some grilled chicken or steak or cheeseburgers. But to eat it alone, and let it just BE the entire meal? 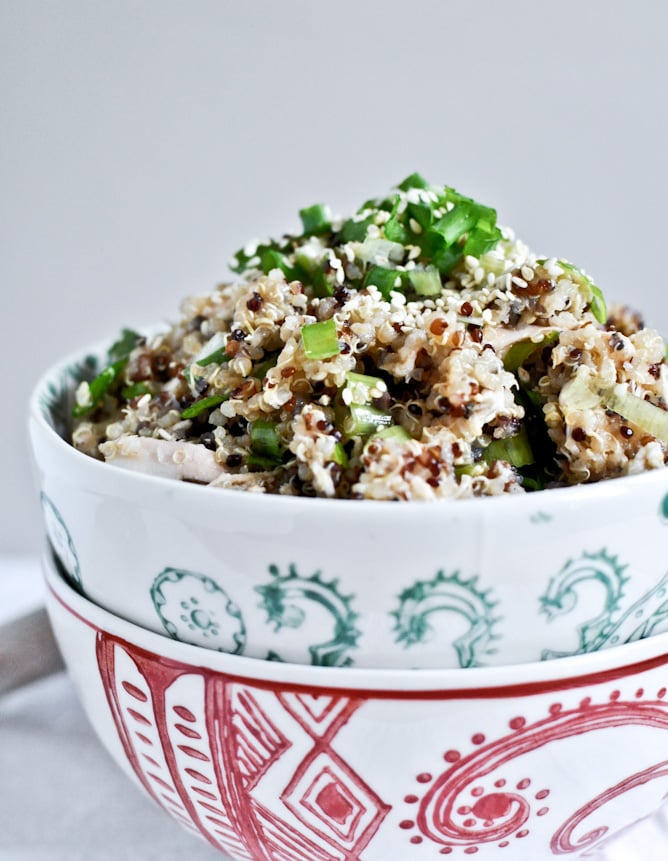 Heat a saucepan over medium heat and add 1/2 tablespoon of sesame and olive oil. Add in garlic and quinoa and stir to coat, then toast for 3-4 minutes, stirring occasionally. Add in chicken stock and increase heat to high, bringing the quinoa to a boil. Reduce to a simmer and cover, cooking for 15 minutes, or until water is absorbed and quinoa can be fluffed with a fork. Whisk together dressing ingredients and set aside.

Add in chicken, green onions and dressing, tossing well to coat. Add in sesame seeds and toss once more. Serve! 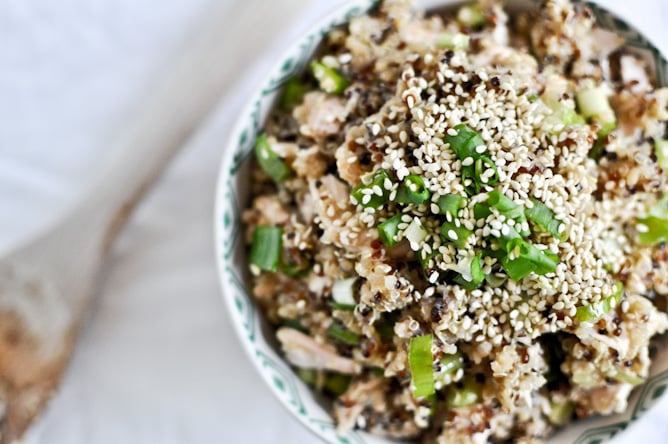