Alright. I have like 37 seconds to tell you about these peaches before they are out of season. 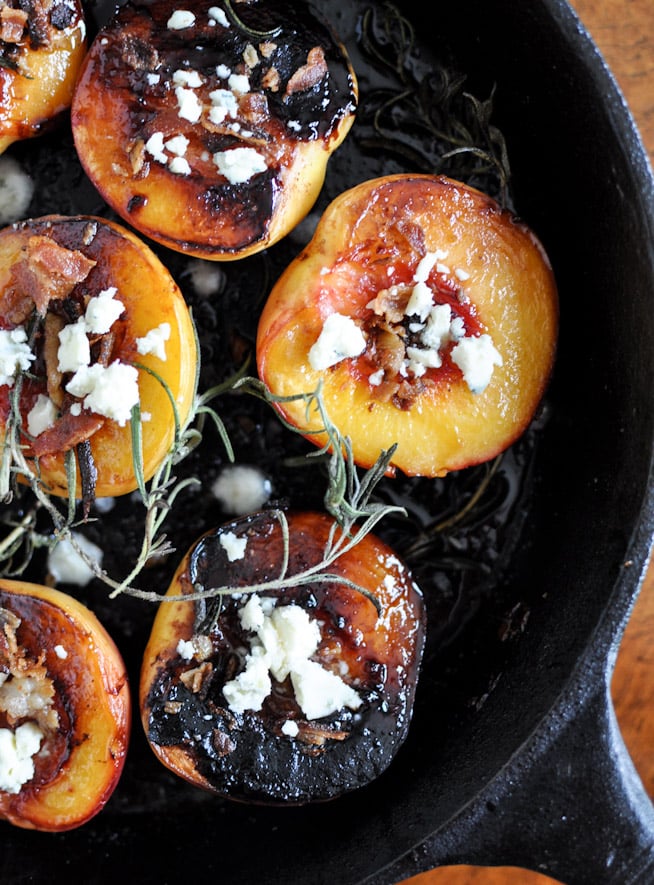 I seriously thought I was done with peaches. Especially after the crumble. But I warned you. Buying multiple peaches only to bite into bruised mealy flesh is not my cup of tea. That also sounds totally disgusting and like something that would happen on True Blood or Dexter.

Side note: somebody please take away my TV. 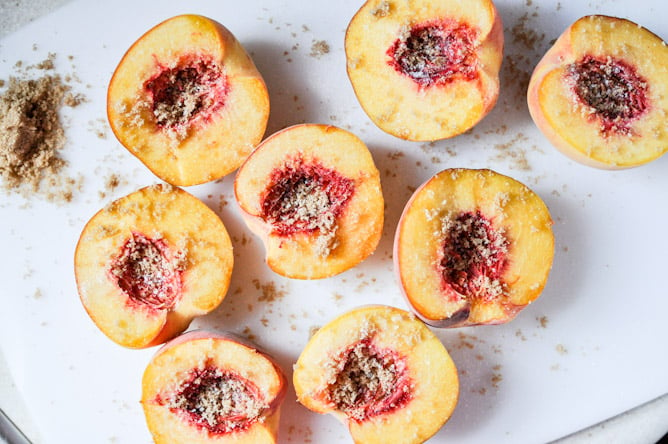 But anyway, I thought I was done. Actually, I WAS done. I was done and had accepted it. I had mourned the end of good peach season in these parts and was feeling at peace with the decision.

And then… my mom happened. She still reads the newspaper everyday (I mean EVERYDAY, which means if she misses the newspaper one day, she stocks up and reads two the next day. And when we go on vacation, she finds a way to read ALL seven newspapers when we come back. My dad loves to refer to this as her love to read “old news.” I, on the other hand, don’t even get a newspaper. But I’d really love to because I get obsessed with those wacky advice columns. K, I’m done.) and even better, she cuts out the recipes from the newspaper – the recipes that I could most likely find on the internet – but she still cuts them out old-school and gives them to me.

This happens often, and it almost always ends with me turning the recipe clippings down. I’m just so weird about food… something may not sound good to me at the time, and then four months later I’m all over and think it’s the next best thing. I have no rhyme or reason besides my extremely strange taste buds. And most of the things she cuts out… well, I may have already made a version of them for the blog, or I deem them too boring because again – I’m insane. (Wasn’t sure if you knew that yet.) This time though? I was blown away. And here’s the thing – she didn’t even cut this recipe out. She opened the newspaper to show me something else (which happens all the time and to which I unfortunately often roll my eyes – I know, such an asshole) and I noticed a recipe for sugar roasted peaches. And I’m all hmmm… that sounds good, but not really good enough to make for the bl – WHOA WAIT A MINUTE. These sugar roasted peaches are roasted in bacon grease?! What? Done. Give me the scissors. Nevermind. I’m ripping this sucker out. Got it. 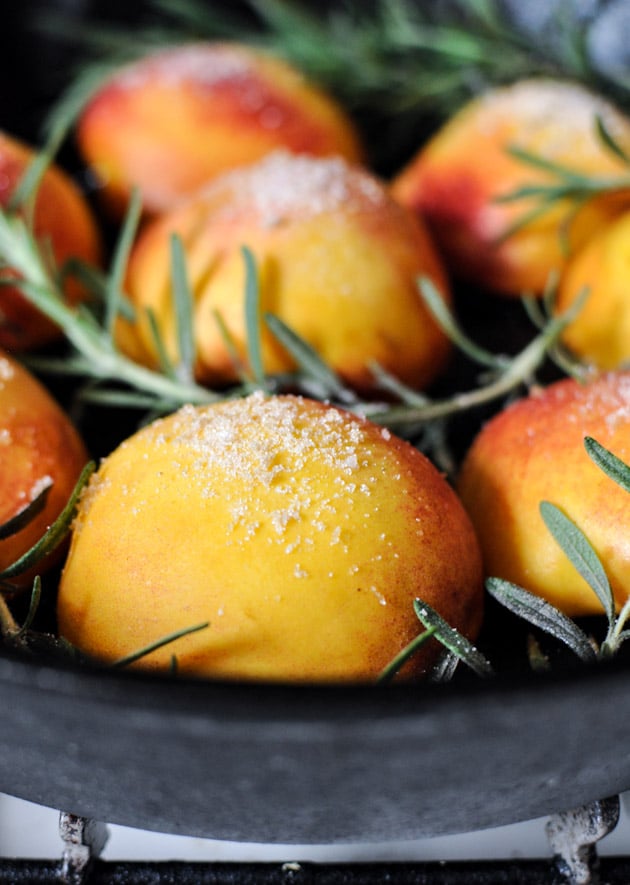 And that was my train of thought. And then my train of thought continued for the rest of day as OMG I can’t wait to make these and I just might die if I can’t make them today and I wonder if we can have them for dinner or maybe they will pass for lunch and there is protein since there is bacon and seriously these must be made immediately because I can’t possibly think of anything else in the world except for these peaches covered in sugar then pan-roasted with bacon grease then real-roasted with rosemary and more sugar and bacon grease drizzles and then topped with the crunchy bacon crumbles and gahhhhh I can’t go on until this is done. So I got it done. And because I was fahhhhreaking out over Tracy’s peaches last week, I ended up crumbling a bit of blue cheese on top when they were still hot. Oh wait – smokey blue cheese. Because I had it for the first time in Oregon two weeks ago at Rogue Creamery, and then bought six wedges of it because I am the queen of excess. Or because I fell in love. Whatever. Totally worth it, especially once this peach recipe came along. It’s like it was all meant to be. The universe wanted it.

So yes: peaches, sugar, rosemary, bacon, bacon grease, and smoked blue cheese. And then I died.

And yes, I realize I just said “so” a bunch of times. So what? Yield: 2 to 4 servings, depending on how you serve them
Print Recipe Pin Recipe
No ratings yet
Leave a Review » P.S. your house? Will smell AMAZING.