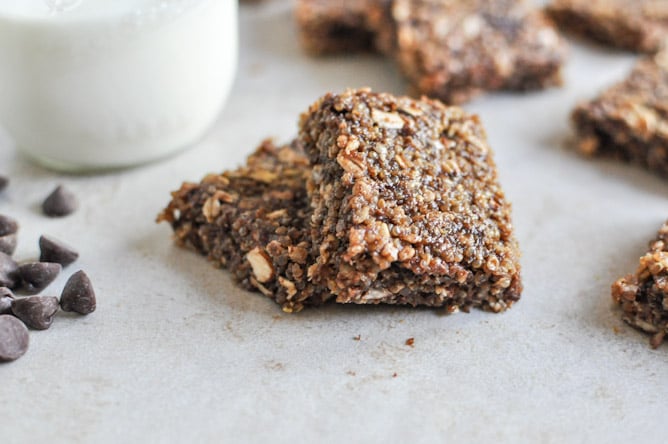 If you were to, you know, find yourself waist deep in couch cushions glued to the TV without seriously being able to turn your head away in the middle of a, let’s just say Homeland, marathon, as in you had to rewatch ALL previous episodes to see if they had clues because you’re sure they did, and then you almost have a heart attack because you can’t take the suspense but then you also seem to find yourself in an emotional pickle because you sort of want Brody to be good even though he’s bad and you really have no idea how you feel about, well, anyone for that matter… except Saul, because you know you love Saul, and it’s raining outside and you’re practically paralyzed by writing ridiculous run-on sentences but you’re so so so hungry and just can’t even get up to get any food because you can’t pull your body away from this TV show that is CLEARLY REAL LIFE and is doing a number on you… what would you eat?

Because I’m pretty sure that if this ever happened to me – which it obviously would not – I’d like some sort of quick snack to get me out of that predicament. 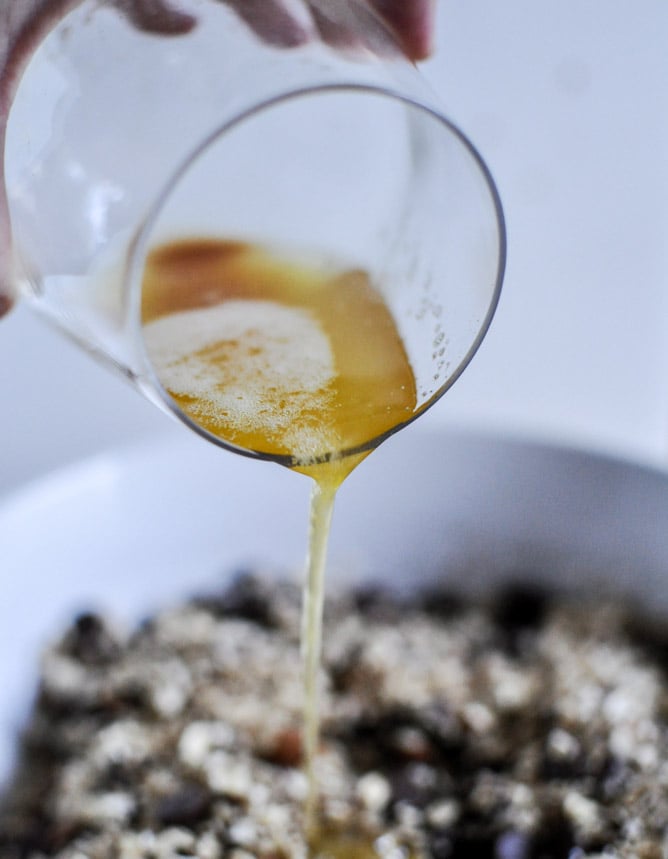 But I don’t think it would ever happen. Ever. I mean, I can’t even imagine something so obnoxiously insane.

If, and I really do mean if, something like that did transpire in my sad little life – which consists of making the difficult daily decisions of “should I brown my butter today or not?” and “how can I DVR more than two shows at once?” – these would be the perfect cure. I know. It’s okay to hate on me. 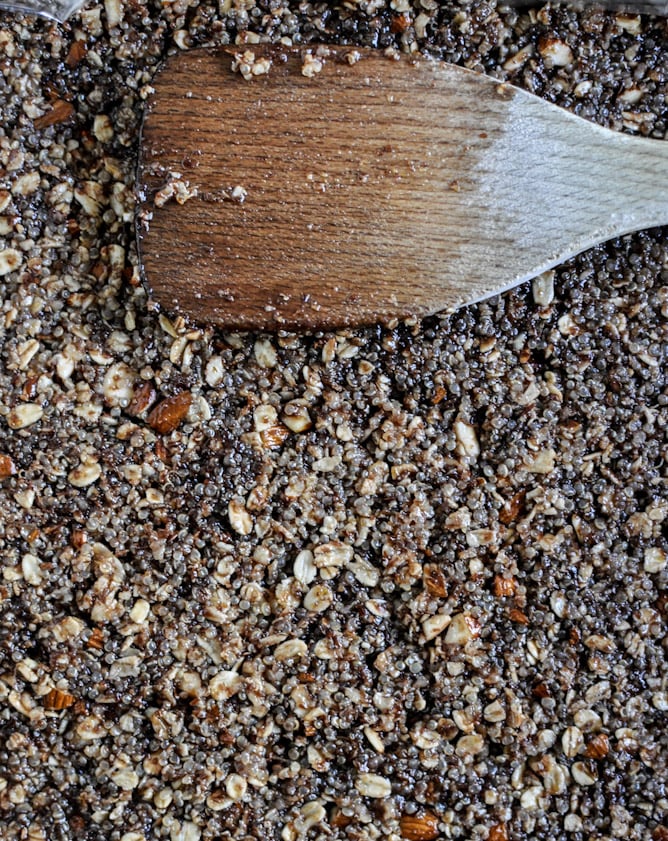 I ended up making these bars after Sara, noticing my slight quinoa obsession, asked on Facebook if I thought quinoa would work in granola bars. Hmmm… why yes I did. And I think that I probably have five more versions of quinoa granola bars up in my brain, so this is just the beginning. Fortunately. Or unfortunately. 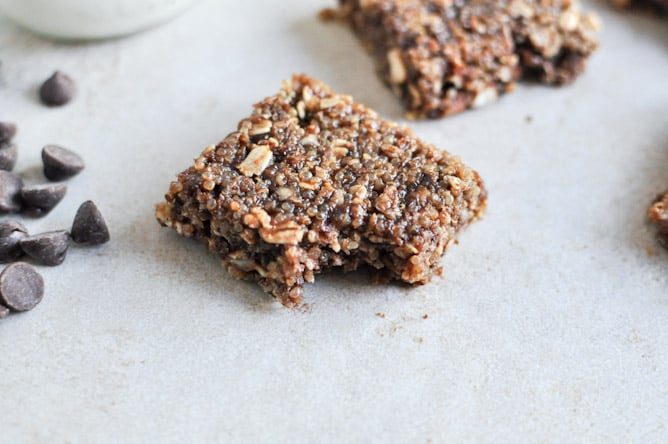 The deal: these bars are best chilled. You mix the ingredients until they are wet and sticky (would you have rather me said moist?) then press – and I really mean PRESS – them into a square pan. After a few hours in the fridge, remove them and cut into squares. While slightly annoying, I took the time to individually wrap each square with plastic wrap tightly and boy am I glad I did. Stuck on the top shelf in the fridge, these were the first snack my peepers saw and therefore, the first snack I grabbed.

Talk about portion control! Unless you grab, like, five at once.

Again… never happens to me. 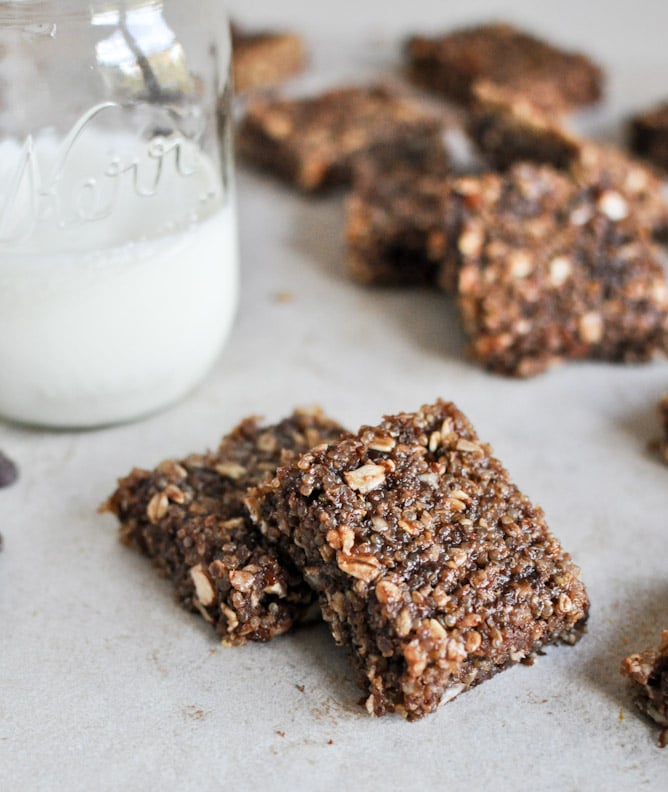 In recipe logistics, I often alternate between butter and coconut oil for the fat in my granola bars (I find the room-temp solids help hold bars together best), and it wasn’t that difficult of a decision  (see?) to throw some brown butter in the mix. If you don’t want to use brown butter (um, why are we friends? just kidding. sort of?), coconut oil makes a great sub and I’ll find it in my heart to forgive you. As usual, these bars can still get a bit crumbly so should be handled gently. But the quinoa pop totally makes up for that.

Oh and the brown butter. 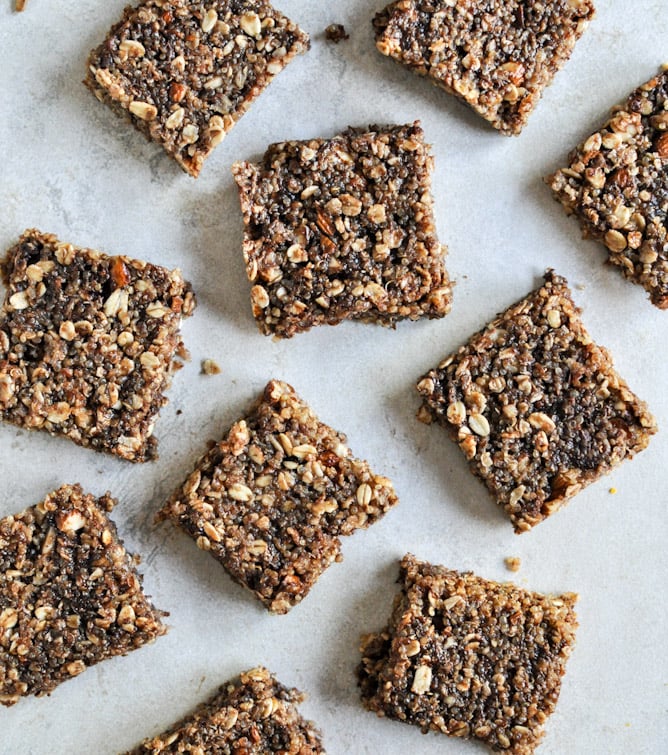 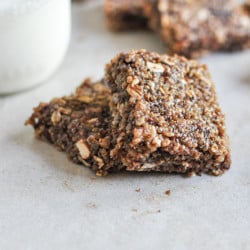 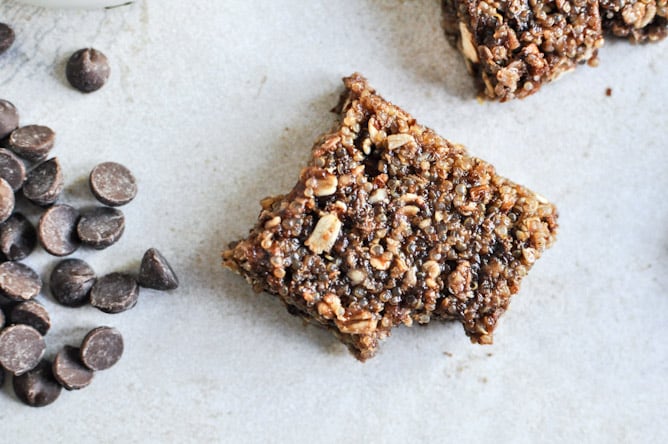