You might want to cover your ears for this one. 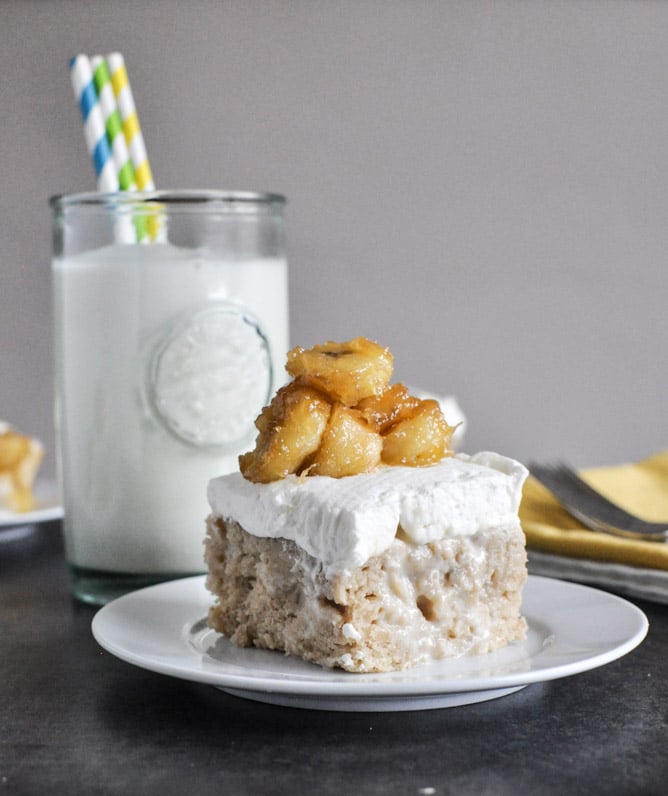 Because since taking a bite, I haven’t stopped shouting every expletive under the sun. Earmuffs!

I am a total basketcase over it. 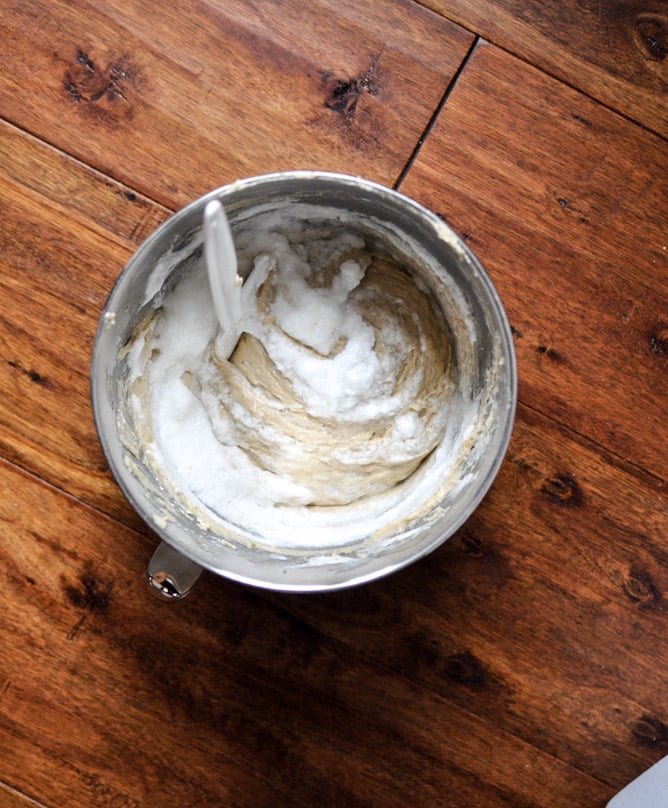 That would be some fluffy whipped egg whites folded into batter up there. I was so freaking excited because I actually beat them BY HAND. I think my forearm still hurts. I don’t know why I did it but I thought hey… this might be fun. I’ve never done it the old-fashioned way and well, since I’m incredibly lazy and stuck inside this entitled generation, I should do something that requires work. So I did. And then? Well then I DUMPED THE EGG WHITES DOWN THE DRAIN. Yeah. By accident of course. That was awesome. Not. Actually, first I dumped the tail end of a can of beer in the bowl. THEN… into the sink.

So I ended up using an electric mixer anyway. What a crock. Now, tres leches. I love love love. Um wait, something I don’t love? That “leches” continues to get auto-corrected to “leeches.” Uhhhh no. Never ever. I would not like to eat a cake of three leeches.

I am nuts over this one though. So much that I made it into cupcakes last year too. For someone who would never choose cake (unless it has the word cheese in front of it) as her drug of choice, you won’t find me turning down a slice of tres leches anytime soon. It’s just so gooey and delicious. 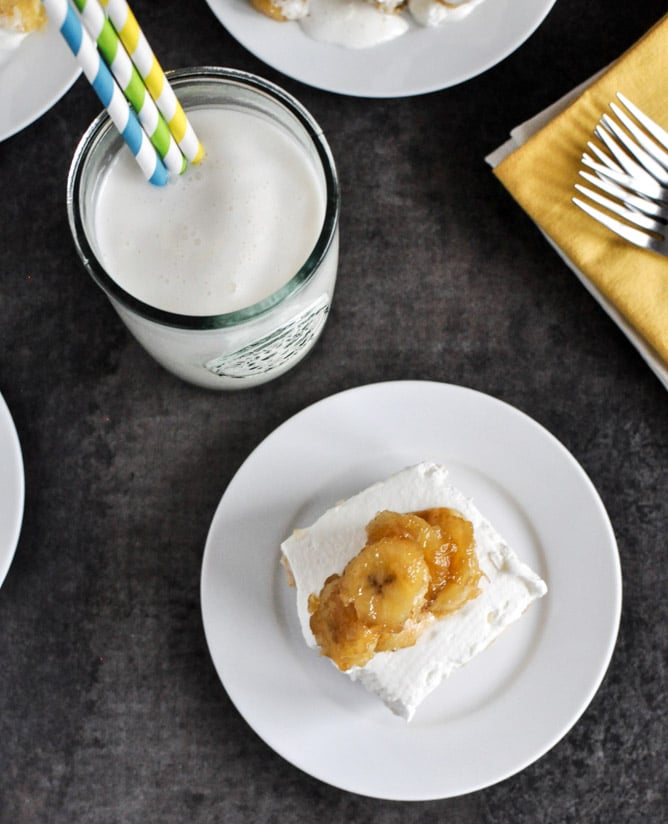 And, since I just can’t let anything in this world BE, I had to try this whole banana twist. I was wary, considering that banana bread is already somewhat gooey and soft (you can see I’m trying hard not to use the m word that ends in “oist”) to begin with. And then with that whole pouring three milks on top… yeah.

My inner skeptic was antsy. 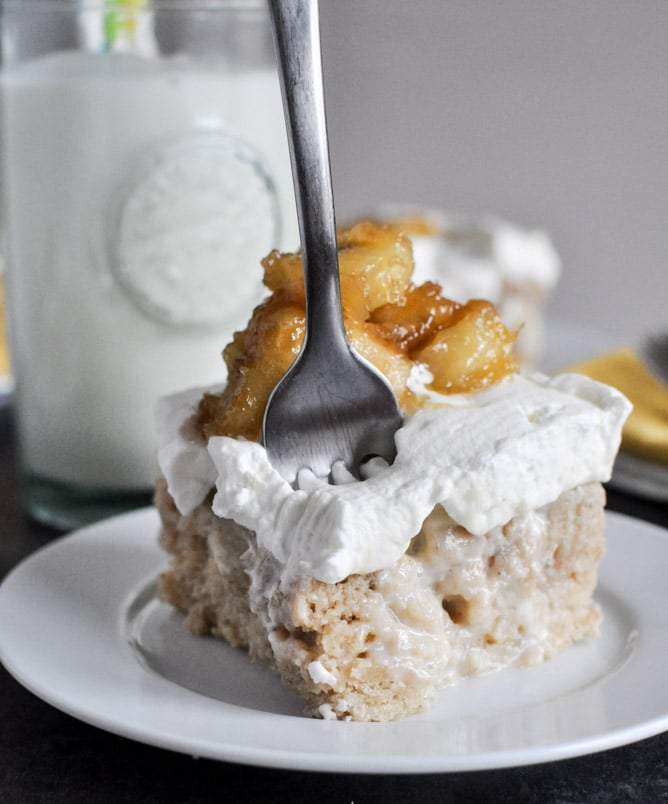 Then… my inner skeptic was thrilled. 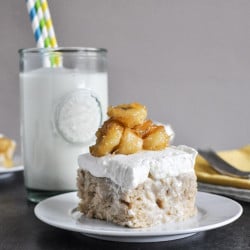