Do you know how I really want to tell you about this recipe? 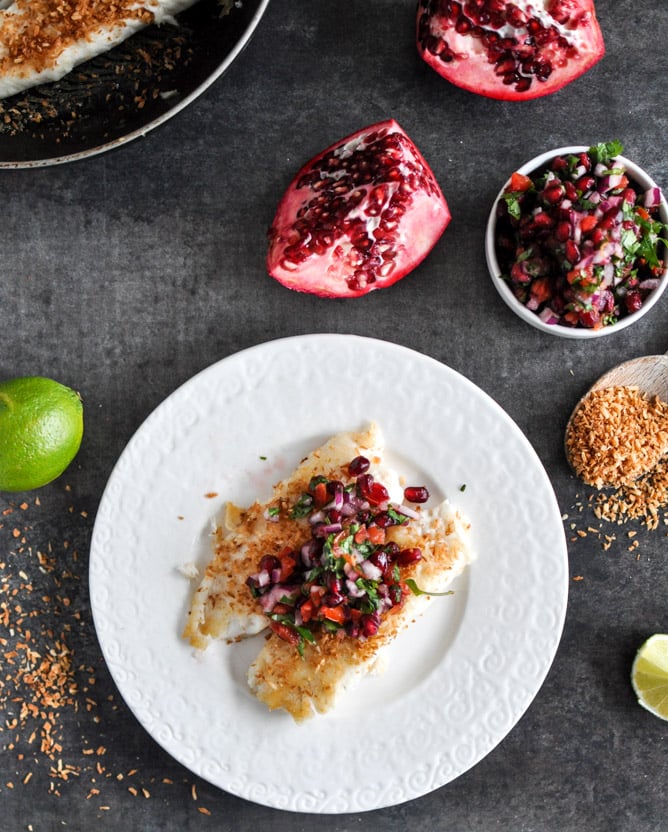 Probably not. I mean, the mere thought of what I want to do is practically extinct, let alone the actual method – which is most definitely obsolete.

But ideally, right this instant, I want to record it on a tape… a, cassette tape? and send it to you in the mail. Not on my iPhone. Not on a tape recorder that’s smaller that my eyeball. Not through that weird app that lets you send voice messages to each other that I think is awesome but apparently am not cool enough to use. We are talking a real life cassette tape. That would be fun, right? Everyone loves to get mail. Really, I’m just deep in the throes of a heated Felicity marathon. If you couldn’t tell. The fact is that I seriously have no idea how I am ever going to get anything in my life accomplished ever, well… ever again. At least until I make it through the whole series again. And maybe… again? Why I’m so fascinated with what I find to be one of the best shows to ever grace any television in the last 20 years, a show that is essentially about a girl following a boy across the country and reading waaaay too much into his dumb sentences and over analyzing the inflection of his voice… I don’t know. I just love it.

This is approximately the 12th blog post where I talk about just how MUCH I love it. Okay, maybe I won’t subject you to that. BUT. Let’s at least talk about the perfection that is baby-faced Scott Foley (who, when appeared on True Blood, still could find me shouting at the TV “omg there’s Noel! I love Noel! his name will forever be Noel!”) or the fact that Felicity often uses a PAY PHONE (a what?) or even that there are SO many people, like reverse future cameos, that you never knew actually had a part in the show. Like the pink power ranger. Fine fine. If you’re essentially unaware of those blissful four years that began in 1998 and brought us wonders such as Jennifer Garner, we can talk about this coconut tilapia.

It’s too simple to really be called a recipe; after all it’s just cooked in coconut oil (my favorite way ever) and covered in toasted coconut which blankets the top just enough to be crust-worthy without all of the work. But it goes without saying that any type of fruit salsa is always the part I love in a recipe, and given my fascination with pomegranates… it was only a matter of time.

I will eat almost anything covered in fruit salsa. Almost. Not looking at you, broccoli. 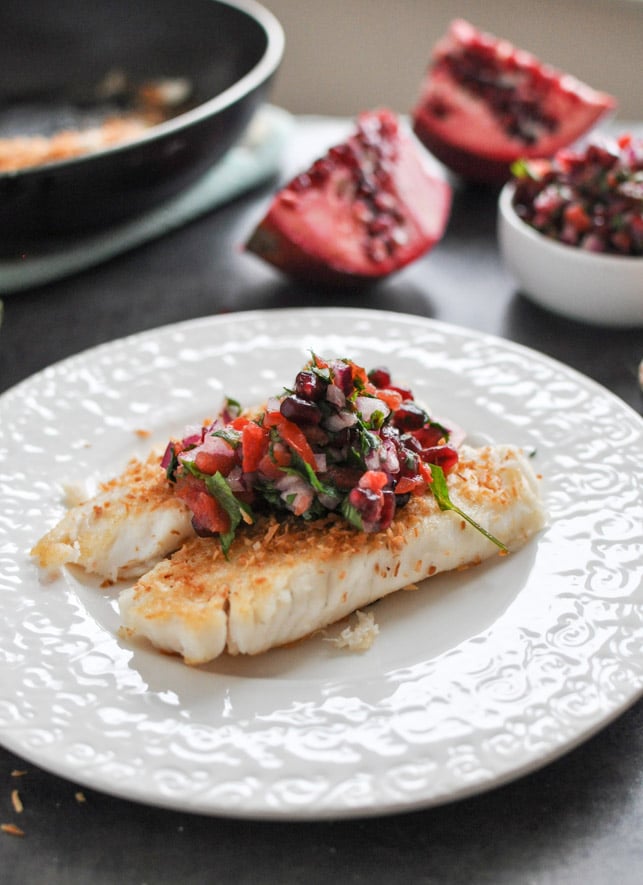 Now back to work. And by work I mean season 3 when things reeeeeeally heat up.