As you know, one of my goals in life is making fun vegetableless salads. Or at least – salads with the least amount of vegetables possible. This guarantees that I will actually… eat them. The salads. Not the vegetables.

I guess that is sort of beyond the point then, huh? Whatevah. Not proud but… it’s the deal. Right now I am stuck in the middle of a mexican/texmex food love affair. Then again… when am I not? I actually made this salad a few weeks ago (hence the jalepeno margs) after I got a bit overzealous with the cornbread (four batches in three days… what what) and needed to do SOMETHING with it besides just eat it. I love all sorts of panzanella salads and as usual, trashed one up a bit. Surprise surprise. What? It still has bread. And tomatoes.

Just let me be. 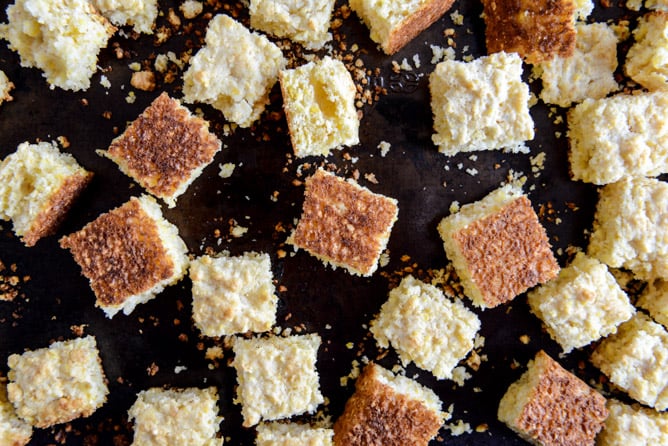 I sort of threw it together on a whim, what with the leftover cornbread, some extra copycat chipotle corn salsa and more of the chile lime vinaigrette that I used on last month’s tequila fajita steak salad. No no, it wasn’t a month old. Worry not. I made more.

The fact is though that this salad really got no lovin’ at all as it was mostly comprised of a miss mash of leftovers dying in my fridge and things that I didn’t want to have to deal with anymore. I loved it so much though.

…even I did have a few lettuce leaves with my cornbread croutons. I think it’s the margaritas that make it… so do that too.