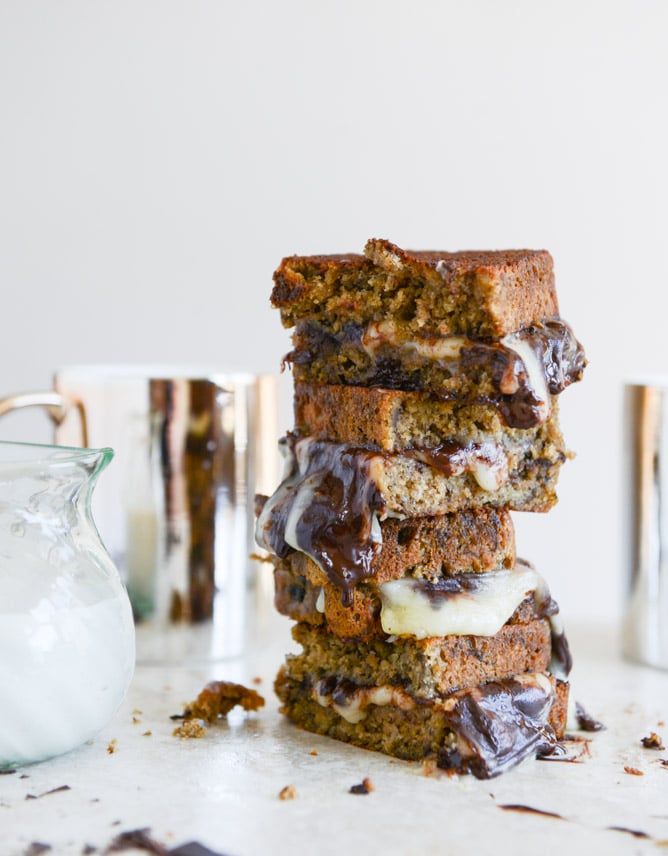 I had banana bread.

A day doesn’t go by where I don’t desire cheese.

Frankly, my banana bread was a bit stale. Which is a feat in itself because that means we didn’t eat an entire loaf in 34 seconds.

Why aren’t loaf pans made much larger? Like, instead of 9×5 inches, it should probably be 2×4 feet. THEN no one would have the problem of eating the entire loaf of banana bread the same day it’s made.

I know it isn’t just me. 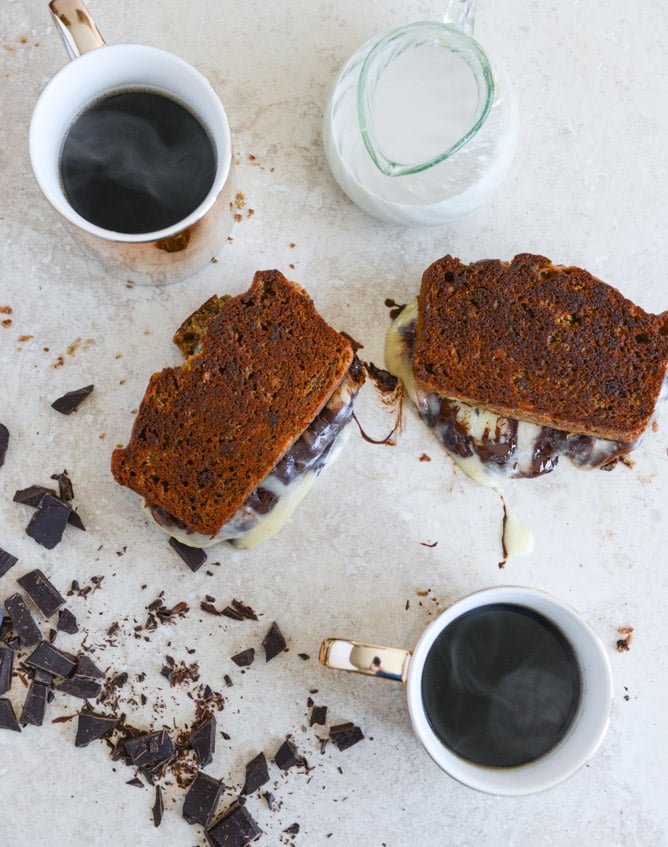 Anyhoo. Even I thought that banana bread grilled cheese was a bit out there. I asked on facebook & twitter if I should do such a horrid thing. And you thought that I should.

I relish in the fact that you are weird too. We SO like all the same things.

I’m such a grilled cheese freak. Grill all the bread, all the cheese. I want it 24/7. I’m even teaching a class on it in two weeks! 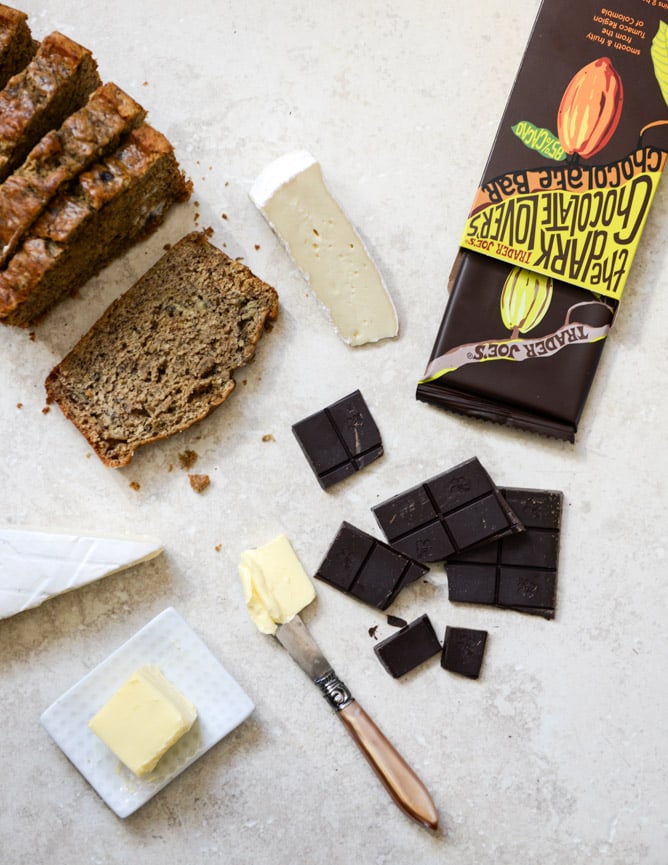 Um, also, how cute are my metallic rose goldy mugs? My friend Laura sent me one of them and I, of course, had to buy one from Starbucks during the holiday season and they pretty much make my day. Pretty things.

Life is so much better when things are pretty. If you love sweets and cheeses, you’ll die. Melty brie, dark chocolate. I used a banana bread recipe that you can find in my cookbook later this year, but I have lots of others here. Perhaps we should try the bacon one…

Since banana bread is soft yet dense, the entire slice doesn’t crisp up like regular crusty bread. You need a thick slice, after all, for this to work. You can make the sandwich like a regular old grilled cheese OR you can butter both sides, fry both sides, then stick the cheese and chocolate in the middle and keep it over low heat until the insides melt.

Except it so is. 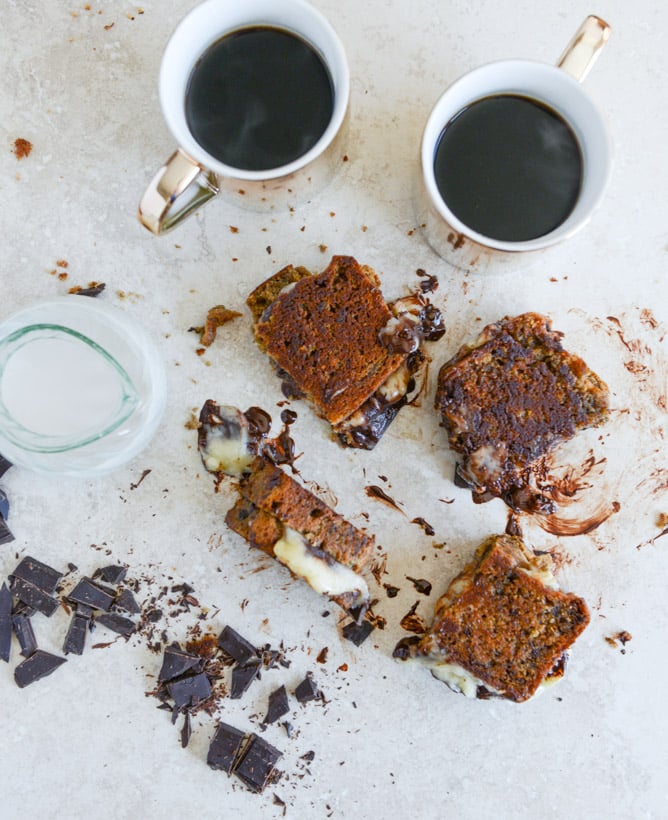