There’s no better way to love yourself than by putting lobster on pizza. You should probably do it. Today.

Sometimes I’m a lobster purist. A lobster a-hole if you will. I mean, I’ve always been down with lobster mac and cheese (in fact I’m making it tomorrow because I make it every good Friday) but lobster in other things used to grind my gears because I simply wanted it doused in warm butter and shoved in my face. 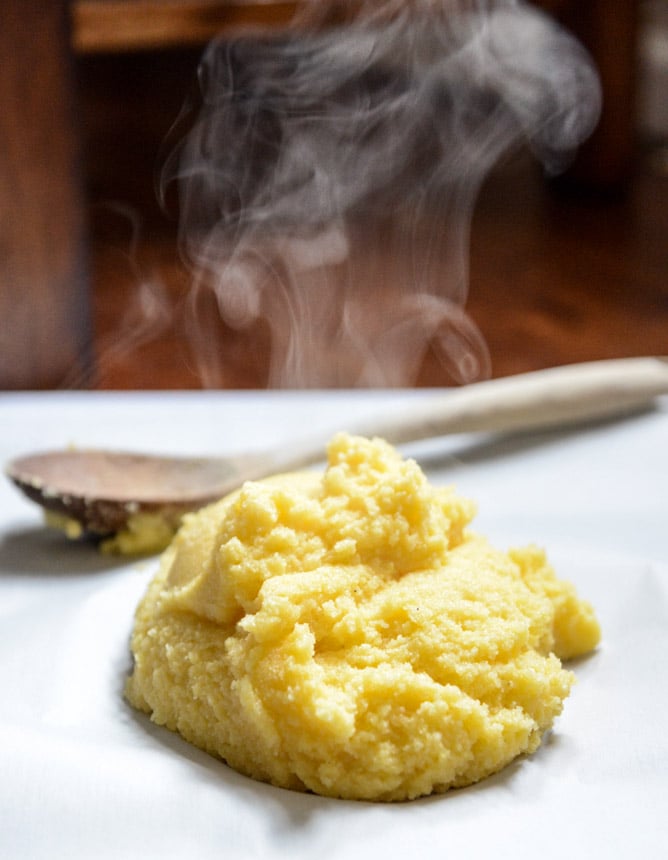 Oh, but my mom used to get lobster romano at a restaurant on the weekends when I was a kid and even at the age of ten I was already stealing those leftovers. Talk about grinding gears.

Then last summer, I had the best lobster roll known to man in Nantucket (think big fat lobster chunks, melted butter and toasted, buttery brioche, no mayo) and later in the fall I had some fabulous lobster tacos in Cleveland.

Apparently now I will eat lobster in or on anything, which is how it should be. 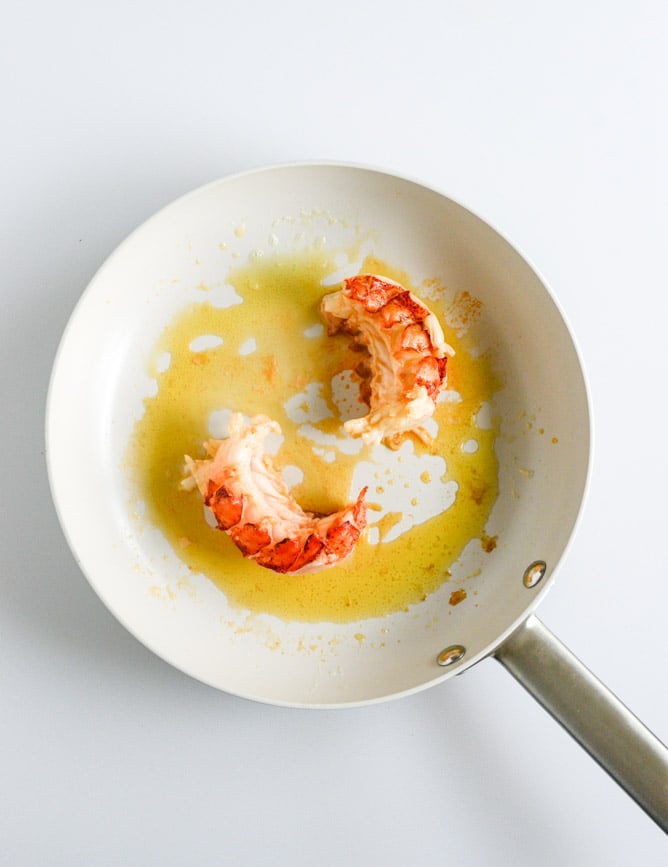 This pizza is another one of the brunch recipes that I’m sharing from my spring video with DeLallo… and quite possibly the most devoured one of the day.

I made an all-polenta crust and actually ended up using the DeLallo instant polenta. Um, three minute polenta? What what? I’ve made polenta more times than I can count this year (with an extra indulgent version coming in the cookbook) but had never tried their three minute version. And it’s perfect. Literally done in three minutes,  even less.

So I made a big pot and did it a few different ways. You can make four mini pizzas, two smaller pizzas or one ginormous eat-all-the-emotions pizza. You want to make sure that as soon as your polenta is cooked, you spread it in a thin layer on a baking sheet and toss it in the oven.

Then quickly sauté some lobster in butter. Duh. And pull out these dried cherry tomatoes. I was never a fan of sun dried tomatoes until I had these. They aren’t too far off from the peppers I raved about earlier this week but they are so.dang.good. True to form, the cherry tomatoes are a tad sweeter so obviously I’m all over that. And being just semi dried, they aren’t too waxy which is why I never cared for other versions. Therefore… onto my pizza you go!

The bottom layer of the pizza is a roasted garlic mascarpone topped with freshly grated fontina. I ripped that idea from my white pizza grilled cheese. Roast two big bulbs of garlic, try not to squeeze the cloves straight into your mouth and instead throw them in a bowl of mascarpone. Mix mix mix. Spread spread spread. This will essentially melted into your crust with the fontina melting on top.

After baking the whole darn thing, it’s covered in a mini shower of basil leaves which are a lot cuter than the shower of snow flakes outside my window in APRIL. I’d rather it shower herbs in real life. Make it happen. 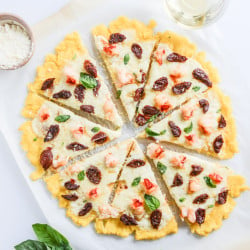 If not, eat lobster.