I literally want to shout from the rooftops. 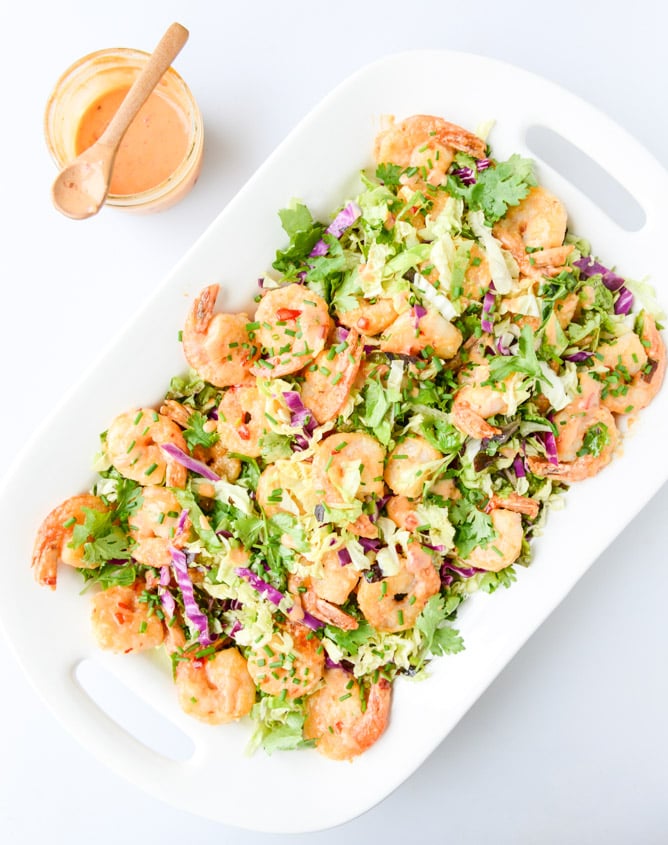 OHMAHGAH I AM SOOO IN LOVE.

Today I’m talking about a recipe out of my friend Gina’s book, Skinnytaste, and it is freaking GOOD. Very delicious and wonderful and all those omg-adjectives to describe something quite fantastic. Gina’s book comes out tomorrow annnnnd you need to get your hands on it.

So here’s the deal – I’ve made bang bang shrimp plenty of times. It’s not something we have often due to the whole deep frying thing (hi laziness) and because it’s one of those things that tastes SO specific that it can be a bit much when overdone. But there are tons of copycat recipes on the internets here and I’ve made a bunch of awesome ones that all including frying the heck out of shrimp.

And they are super delicious. A bit time consuming and labor intensive if you’re making a lot of shrimp, which I often do since I live with a man that consumes a meal made for four people.

I really wasn’t sure if this lightened up version would fit the bill – if it would taste just as decadent and wonderful as the ones we’ve previously made and shoved inside tacos and stuff. Whoa whoa whoa. Not only is this version so much easier than having to heat a big pot of oil on the stove and frying the shrimp in batches – it tasted JUST as good. Maybe even better because you know how after a while, fried food just tastes like the fryer, no matter what it is?? Yeah yeah. That.

This shrimp is totally awesome. My disclaimers: I did use regular organic mayo because it’s what I have on hand and Gina’s recipe called for light. But I really can’t imagine that it made quite a gigantic difference. I probably used an extra teaspoon or two of canola oil too, but still so so so much less than a quart, duh.

One of the reasons that I loved this shrimp is because I found that it made the PERFECT ratio of sauce to shrimp. I am not a huge saucy person – I like a very light coating of sauce, whatever it may be, on my food. If you want more, you can easily double the recipe. And! I found that this whole thing didn’t even need salt and pepper because there is just so.much.flavor. 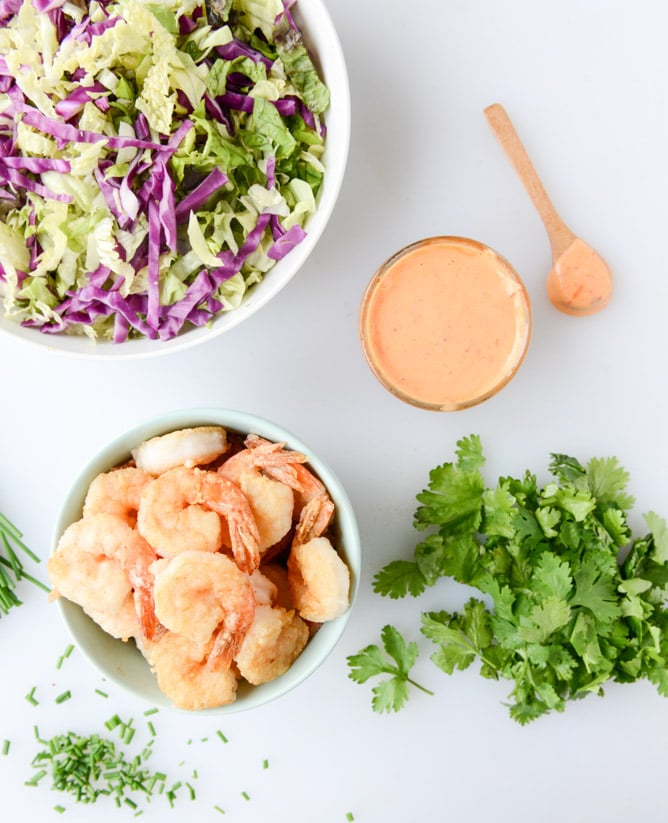 Since I can’t let anything be, I sliced some napa cabbage instead of iceberg and made a little honey vinaigrette to go with the slaw. You know I love the tang. You could easily just make this into a regular salad and add a little more of the mayo sauce while tossing the entire thing together. I’m also thinking some peanuts on top would be BOMB. 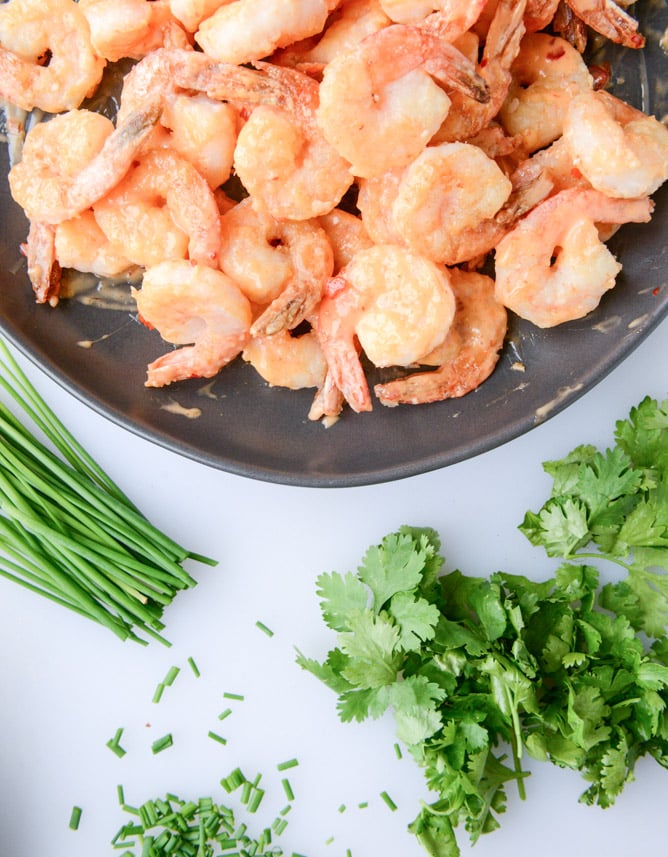 and isn’t it soooooo pretty?