I might have found the secret for turning someone into a bread person? 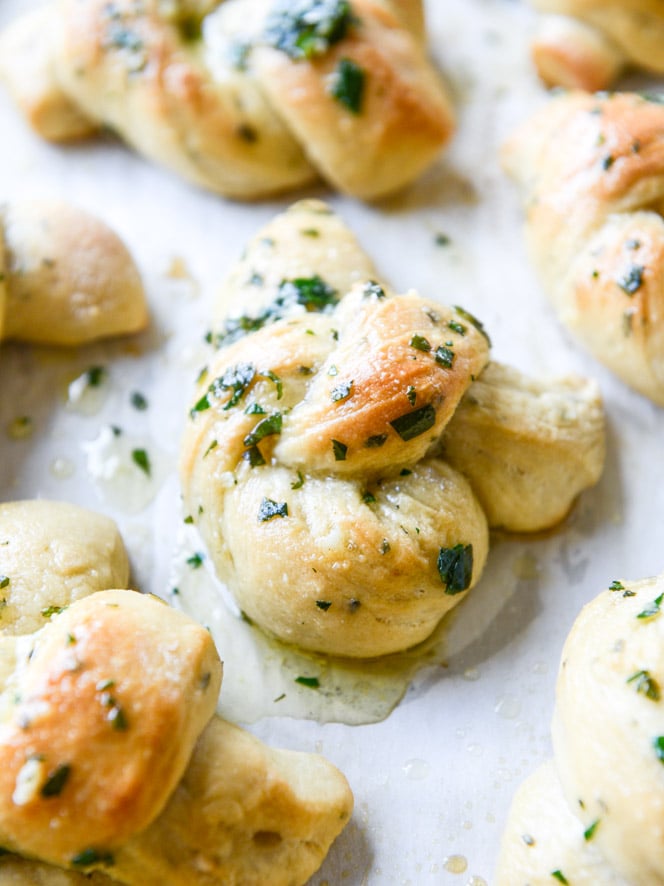 Bake your own and smother it with brown butter and fresh herbs.

Yes yes. This HAS to be the way.

The other way is to eat the knots instead of eating the pecan pie that’s sitting on your counter, begging you to take a taste (yeah I said it) but is off limits because it’s going to a party.

Let’s be real: the amount of excuses I’ve concocted in my head that would make it reasonable to delivered said pie to its destination sans two slices is nothing short of horrifying and brilliant. But you know. Priorities!

Soooo. I photographed these knots a few weeks ago, back when my herb garden was still flourishing in late September and when I couldn’t stop bragging about the amount of herbs I found myself with this past summer.

Seriously. It was almost as impressive as growing as person, considering all the plants I’ve killed previously. Indulge me please.

Anyhoo, since then I have made these three more times because apparently, eating dough tied into knots is another secret on how to become a bread person. Eddie and I cannot stop.

How on earth are these knots adorable?

And how much credibility do I lose by calling knots “adorable?” I’ve whined and rambled and done everything else that also means whining and rambling for years about how I’m not a bread person, with a handful of exceptions.

And here is another one.

Turns out, garlic knots are EASY. They are like pizza dough but smothered in garlicky butter. And you can dip them in stuff like sauce and cheese.

“Stuff like sauce and cheese.” Impressive right. I KNOW. But really! I used my favorite garlic bread pizza crust recipe for these knots. If you’re short on time, you can use a store-bought dough and add the brown butter and herbs which would take it over the top and make it taste not-so-store bought. Thanksgiving appropriate, I think so.

P.S. the legit reason for my not loving bread is most likely because I prefer to consume it as a vehicle for cheese, i.e. grilled cheese or pizza or even a bread bowl of (cheese) soup, and not because I’m a pretentious bread-hating lunatic.

Can I tell you an itty bitty secret? I hate that I’m the person now that Thanksgiving has snuck up on. Like, talking about that is annoying enough but having to actually feel it? WAH. Is it because I’m a mom? Because I’m 33? Because I haven’t sufficiently shared enough stuffing and mashed potatoes yet? Tellllll me.

Another itty bitty secret is that I sometimes turn into a bread person on Thanksgiving. I mean, let’s just talk about the WORST day to become a bread person. Ever ever. There is so much other delicious food I want to consume on Thanksgiving (stuffing is king for me) so it’s not like I REALLY care about bread.

But. I do this terrible yet wonderful thing.

Where if I have remnants left on my plate, of say… a drizzle of gravy and a spoonful of mashed potatoes?

I get a bun or a flakey butter roll or whatever and run a bite of it through the leftovers on my plate.

If that isn’t winning on Thanksgiving, what is? 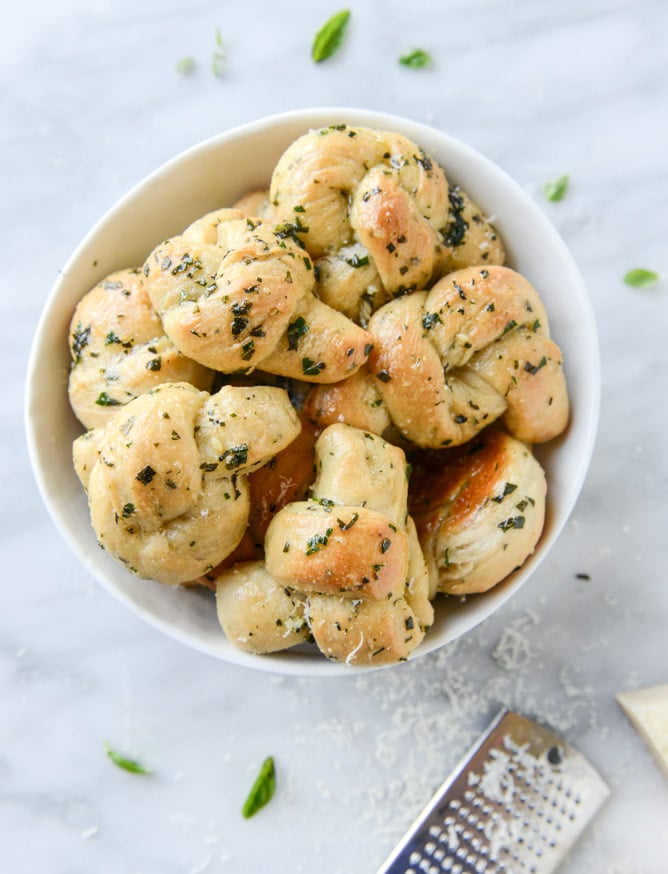