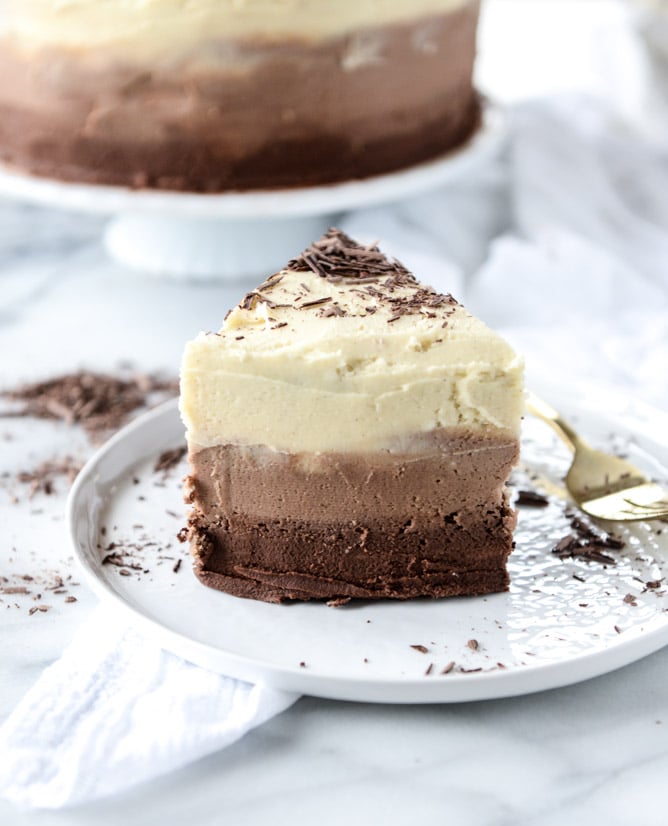 Are you a chocolate or vanilla person? Which shouldn’t come as a shock to those of you that know me, an indecisive food lover, occasionally flashing my flakey dessert options.

The thing is, like most of desserts or indulgences, it totally depends on my mood. I love chocolate AND vanilla ice cream, but has my day been wonderful or terrible? If we’re being completely honest then most of you know that I will go for the seriously trashed up version (how many desserts can I shove inside a dessert?) but chocolate or vanilla as the base? That is the question. I’ve always been the same way with cake, but I’d say that nine times out of ten, a fudgy chocolate version wins. For instance, if my mom was making me a birthday cake? I’d probably ask for fudgy chocolate. I might also ask for “yellow” cake with chocolate fudge frosting but let’s not split hairs here. It’s no secret that baking cakes – actual layer cakes – is not my cup of tea due to extreme lack of patience in the cake cooling, crumb coating and frosting departments. But I was determined to make a cake for Eddie this past week after he had been traveling, because he loves COLD refrigerated cake and frosting. Absolutely loves it.

Even if he is desperately craving a piece of cake, he has to stick it in the fridge (or maybe the freezer, if the craving is so severe) before he eats it. Cold cake is the only way to go. With his side of diet Coke, of course. Why is that a thing?! 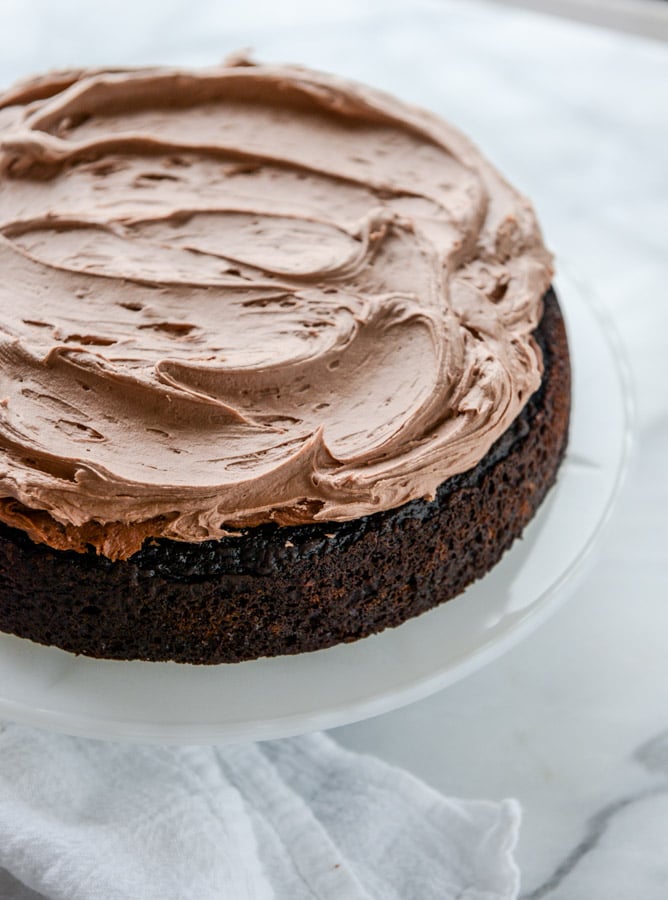 Plus, even if I don’t like BAKING cakes, I like EATING cakes. It’s a win-win either way –  but there might be a tantrum or two in the middle. 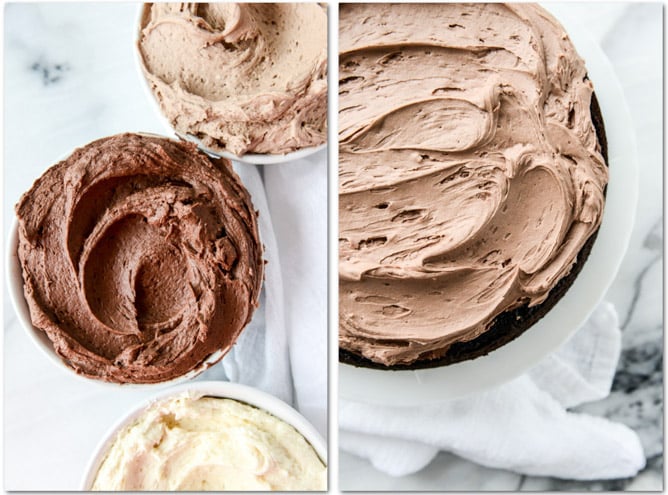 Last summer I experienced the wonderful Rodelle vanilla products in this no churn ice cream (and subsequent peanut butter chocolate chip cookie dough blizzard, thank you very much) and it has been the only vanilla bean paste I’ve been using ever since. I LOVE me some vanilla bean paste. Also, this reserve vanilla is pretty much the best thing that’s stashed in my kitchen right now, and I have fight Eddie every time he tries to put it in his oatmeal. I’m like – you don’t need this liquid gold in your OATMEAL.

So, this year, I’m partnering with Rodelle to bring you some out-of-this-world chocolate and vanilla recipes over the course of 2016. I’m already hungry. Sidenote, this is how messy the frosted cake looks before you smooth it out. It’s actually quite simple. Stick that frosting on and then smooth it out with an offset spatula. If you have perfectionist cake frosting tendencies, yours will even end up looking thirty times better. Bake to my favorite vanilla beans though – can you see the little flecks in the frosting?! Eeep. That makes me ridiculously happy.

Not only is the cake inside super chocolately and laced with vanilla bean – it’s covered in three buttercream frostings. It’s slightly high maintenance, but not as bad as you may think. If I can do it, you can totally do it. TRUST ME.

We have vanilla bean frosting – a chocolate cocoa frosting – and then a richer, fudgy dark chocolate frosting. Your valentine deserves it!

Even if your valentine is yourself. 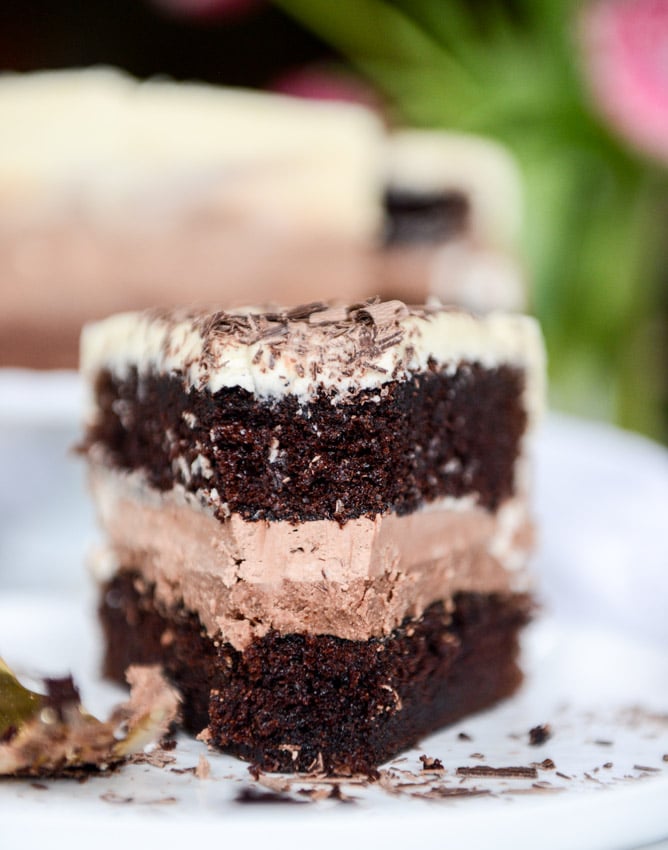 My heart is in that bite.

[this post is brought to you by Rodelle, who I’m partnering with in 2016 to make all sorts of delicious dessert! as always, I only work with products that I 100% love and use in my own kitchen. thank you for your support!]