I have wanted to make s’mores brownies for months.

Don’t ask me why. I just really love the whole s’mores combination, no matter what it may be. I knew that making these brownies would require me to eat the entire pan.

This was way too complicated for Mr. How Sweet. He couldn’t be concerned with such a brownie.

Sometimes he closet eats entire batches of cookies and brownies. Other days he is following the cabbage soup diet.

Ok. Not really. But sometimes our house smells like he is following the cabbage soup diet.

The thing was, I wasn’t quite sure how to make them.

I knew I wanted a graham cracker crust – I could live off of graham crusts. Yum. But would the brownies bake on top of a crust?

I ended up using a boxed brownie mix.

It was simple, only required a few ingredients, and if I messed up, I could just get out another mix and try again! Plus, boxed brownie mixes are sent from the Heavens. They are fabulous.

After making a base filled with grahams and lots and lots of butter, I added the batter directly onto the crust. I baked the brownies for the specified amount of time. They appeared to be finished with the toothpick test, so I let them cool for another 2 hours or so.

And later, when I cut into them, a nice glob of raw batter came pouring out.

I was craving this mess of chocolate and marshmallow slop, so there was no way that this wasn’t going to turn out.

I discarded the first row of brownies, and put it back in the oven.

Is that allowed? It is in my house.

The brownies came out full of deliciousness and ready for my grubby little hands to dig in. 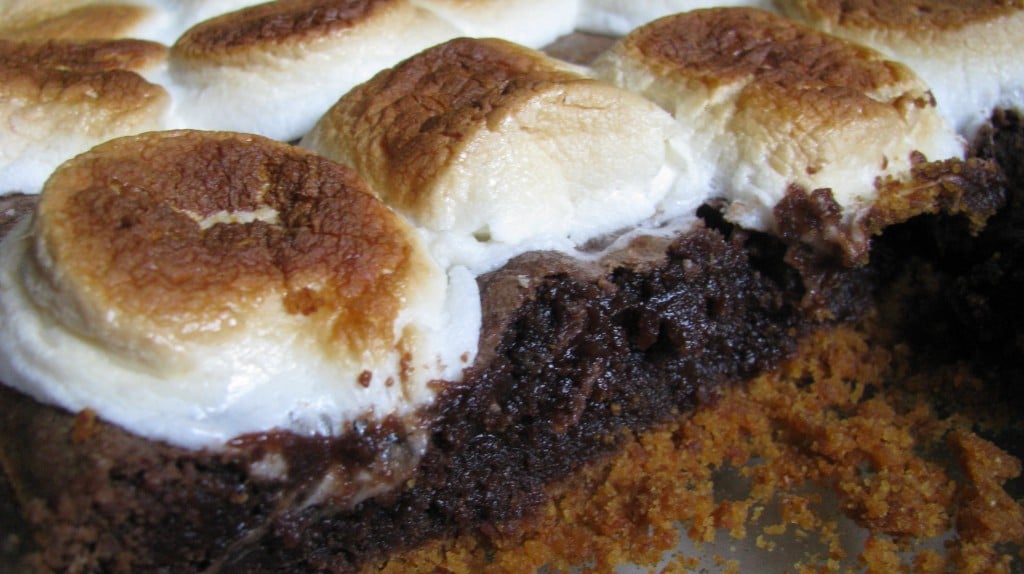 Preheat oven to 350 (or to directions on brownie mix).

In a 9×9 pan, melt butter. Add graham cracker crumbs, making sure they are fully moistened and press into a sturdy crust.

Mix up brownies, and pout batter over crust. Bake for recommended. Test with a toothpick before removing – the brownies likely need another 15-20 minutes because of the graham crust on the bottom.

Once fully finished baking, add on jumbo marshmallows. Set under the broiler for 1-2 minutes, or back into the preheated oven for about 10 minutes. Watch closely to make sure marshmallows don’t burn. 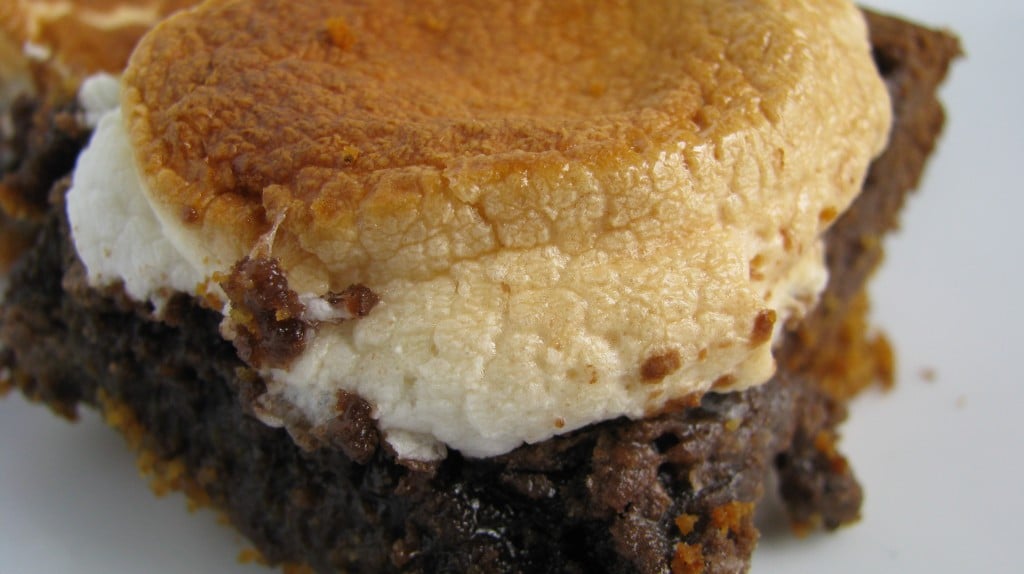 I know I say it every time, but I think this one is my favorite brownie combo. It’s a love hate relationship.

They are fabulously delicious, and perfect for tightening your favorite pair of pants.