If there was ever a day that you felt like making out with your computer screen… today should be it. Do you know what a buttermint is? Besides a, ummm… mint made with butter? OMG… these mints. Please tell me you’ve had them before. They were like, totally THEE restaurant favor of the 90s. Speaking of, now that I’m old and cynical it’s dawning on me how disgusting that bowl would have to be… with everyone’s hands reaching in there for mints… ugh. Okay. Stopping now. Not ruining my nostalgia.

But I was intensely in love with these meltaway squares as a child. We didn’t go out to eat that often, but when we did and I spied these little mints, I begged everyone to sneak me extra handfuls. I loved them so, so much. They were like… gold.

Surprisingly, when I found a box and ripped into them a few days ago? They didn’t taste nearly as fabulous as they did when I was nine. Whomp whomp. Just another reason that growing up staaaaanks. 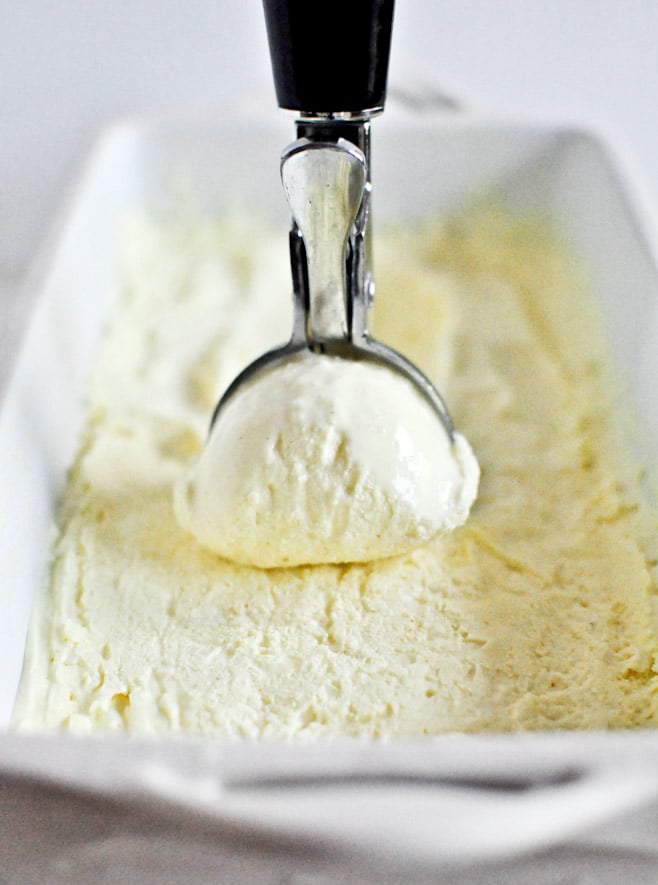 But! A few months ago, I had some of this buttermint ice cream at Jeni’s with Ashley. No… it’s not normally any sort of flavor that I’d usually get. It doesn’t have chocolate or caramel or bacon or sprinkles or peanut butter chunks. It doesn’t have ribbons of fudge or cubes of cake. But it just so happened to be one of the 14 flavors that I sampled before making my decision (typical)… and I couldn’t get it out of my head.

This ice cream… I mean, it’s turning me into an ice cream person. It’s 40 thousand times better than those mints. And it’s not super minty – it has just a slight hint of mint and is so buttery and creamy – it literally melts in your mouth. No, really… SO BUTTERY AND CREAMY. Oh, and the fact that there are white chocolate flecks speckled through the ice cream? Yeah. I dieeeee. I don’t even know what to do with myself. But I think it’s going to involve more ice cream.