I gotta tell you about this crazy thing I did this weekend. 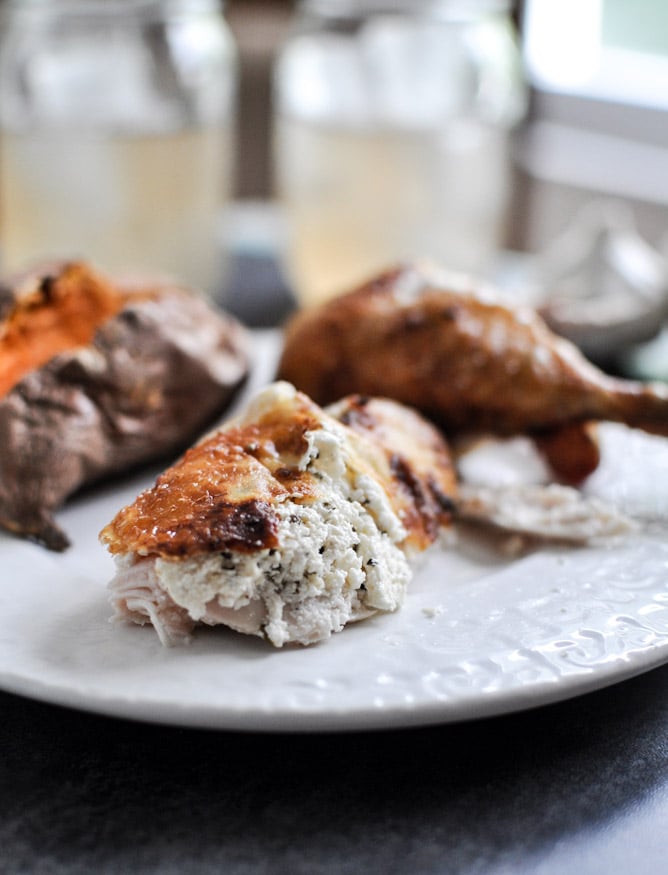 I mean, I do this every weekend, just not THIS crazy.

I stuffed some goat cheese under my chicken skin. cah. razy. 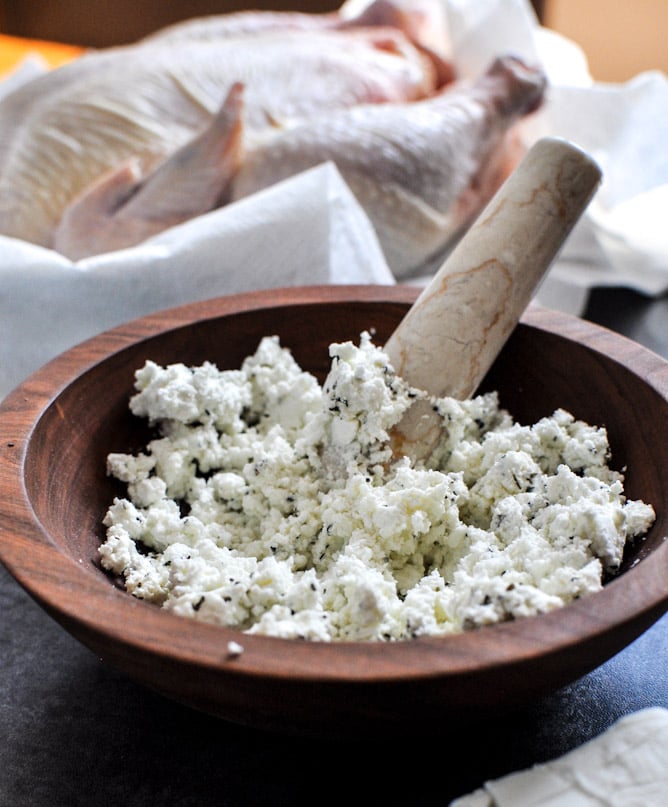 It wasn’t my own idea, but a friend mentioned it to me earlier in the week and I knew I had to try it. Because see… I roast a chicken every.single.week. Every week. Even if it’s just me, myself and I. It saves so much time. So much planning. So much effort! And one of the reasons I roast this chicken every weekend, besides just to have for lunches and dinners (okay and even breakfasts) for the week to come… is to beat the Sunday blues.

I am a huge victim of the Sunday blues. Have been ever since I was a kid. Actually, all the way back as far as I can remember? I had the Sunday blues. Pretty sure my mom told me once it’s like genetic or something because my dad gets the same way. But really, there is no other way to describe it, other than, well… blue. It’s not a sadness and it’s not a depression and it’s not an actual upset feeling, but it’s just a BLUE feeling. Though I prefer to think of it as a turquoisey aqua since that is such a pretty color. 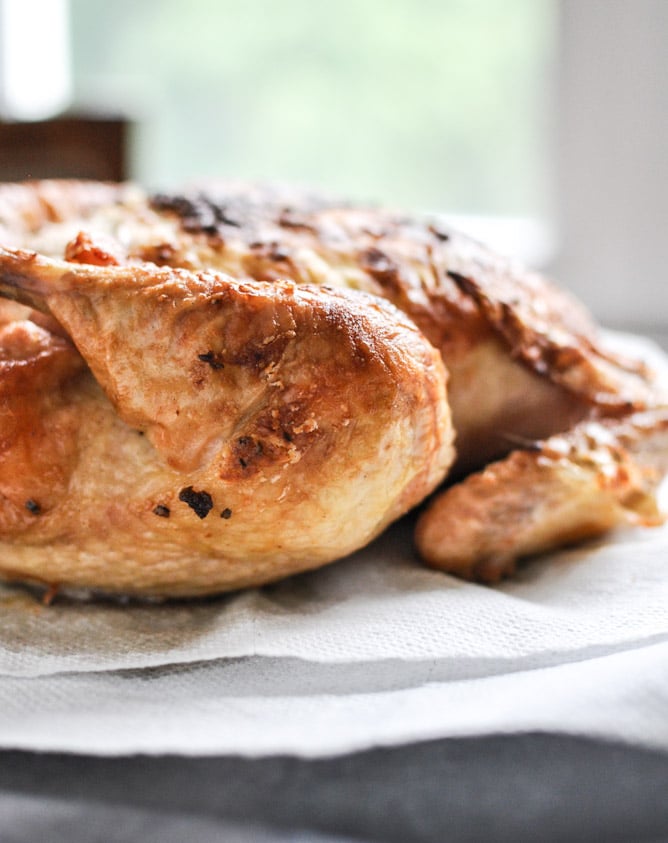 Even if my weekend stunk, even if it was boring, even if I’m throwing a party on Monday, I still get a little blue on Sunday night. If my weekend was awesome, my blueness is about ten thousand shades deeper. And the craziest thing is that I love what I do and I love what I get to do every single day, including on Monday. And I really like sleep, so obviously I really like sleeping on Sunday nights. But I still get the wah-wah-wah-Sundays-stink face on. Whyyyy must the weekend end? Why must I do something other than lay on the couch? Why does it feel like cheating if I’m shopping any other day than Saturday or Sunday? Why don’t tacos taste as good as they do on the weekends?

If it wasn’t for constant HBO programming, I think I’d lose my head.  Quite frankly.

So the chicken… I usually roast it on Sunday (occasionally Monday if I had some sort of a life the day before) and immediately pick at some of the skin. So so so good. This always happens; it’s practically a ritual. And while I don’t think I’ll ever tire of a plain roasted chicken, my go-to is simply salt, pepper and olive oil and a slight increase in flavor never hurt anybody. Enter goat cheese. I stuffed that stuff right up under the skin and still roasted the heck out of it. OMG. Life changing. Fantabulous. My pictures do no justice, trust me.

I just know that I should probably buy stock in goat cheese now. 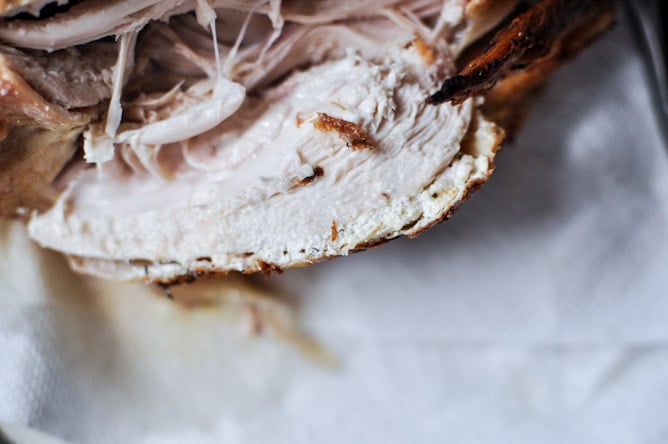