I guess I really like my skillet this week! 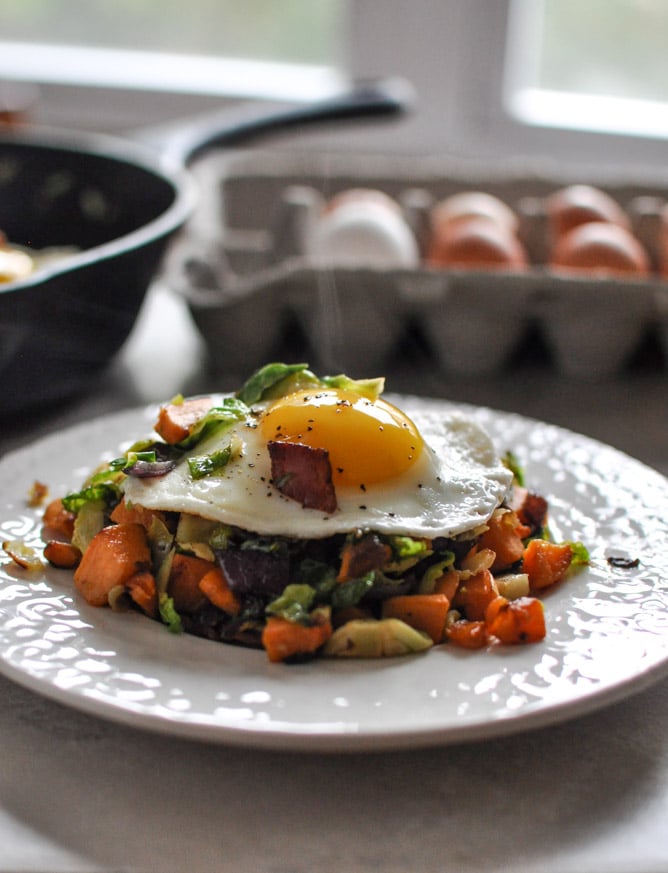 That was unintentional. Maybe. Accidentally on purpose? I think so.

But can we talk about something? The brussels. Oh the brussels. I’m a little weepy because it was exactly two years ago that I tried them for the first time (well, for the first time prepared correctly, not like, only steamed with salt and pepper and thus inducing massive gag reflexes… which consequently ended up with me refusing to try something so horrific) and because I’m not dramatic or anything, well… it sort of changed my life. Except it really did. For real. 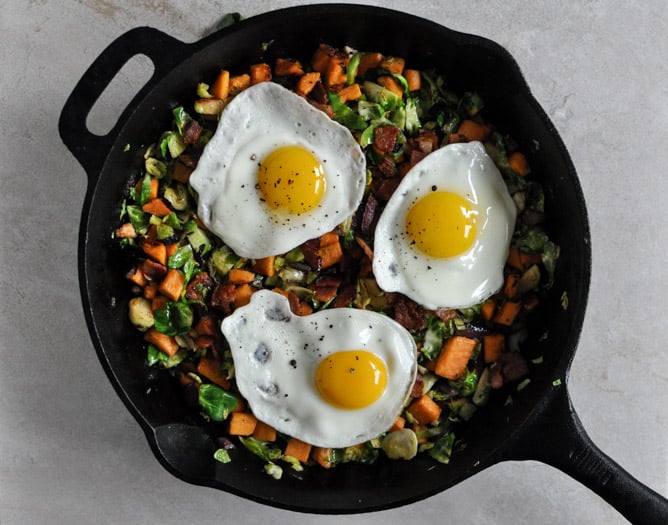 Before the brussels came into my circle of trust, I could handle some onions and mushrooms and peppers inside of things, but the only vegetable I actually enjoyed and could semi stand was kale in chip form. Trust me. I know. I find it freakishly insane that for someone who doesn’t even like vegetables, the two that I enjoy the most are kale and brussels sprouts. Like, the two most disgusting things on the planet that smell gross and are just, blah. Well, wait. The one thing on the planet I realllllly can’t stand are fennel seeds. I like fennel, but fennel seeds? OMG gag me with a spoon. Puhlease somebody just banish them from this world. It would make my entire life.

So two years later and we’re still going strong. In order to celebrate, I chopped the brussles and threw them in a hot-as-heck skillet, making them sizzle out of their minds. But I tossed them in bacon grease, so that’s where all the love comes in. You seriously want to be in a relationship with me. I swear. I must tell you though that this sooooo would not be breakfast in my house. I mean, maybe like, once in a blue moon. Maybe once a year? Maybe if it was leftovers? It just seems much more like dinner to me. Perhaps it’s because I grew up in a house that was stark raving MAD every morning before school (no really, pretty sure my dad had to THROW THINGS at my brother to get him out of bed) and on the weekends came pancakes, not potatoes and eggs. That was a speciality that my mom would whip out for dinner when my dad was away since he isn’t a breakfast-for-dinner fan and you know what? Neither is my husband. What is wrong with these people? What is my issue with men in my life and breakfast in the evening?

There has to be some subliminal meaning. 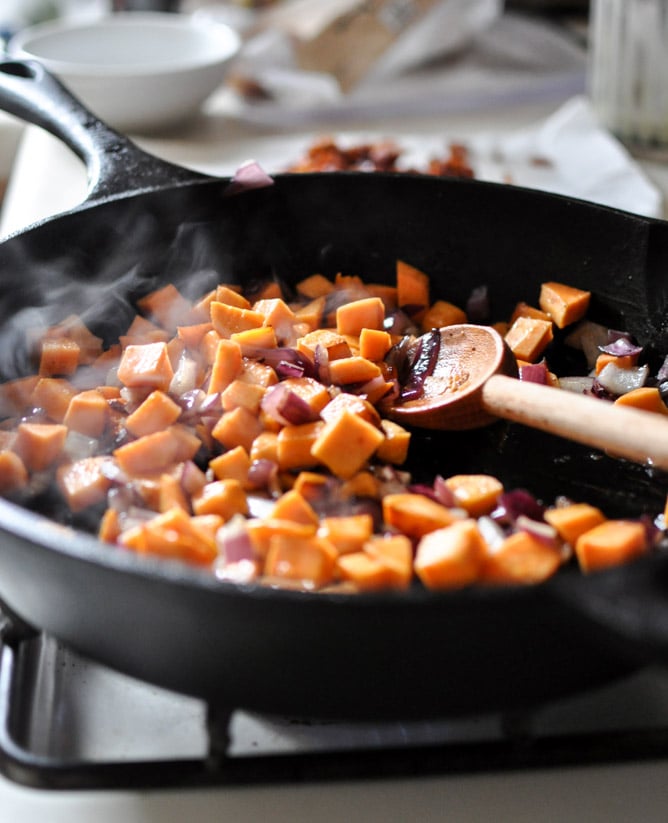 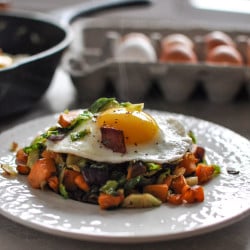 I sure do… at least for dinner.