Let me tell you a little secret. 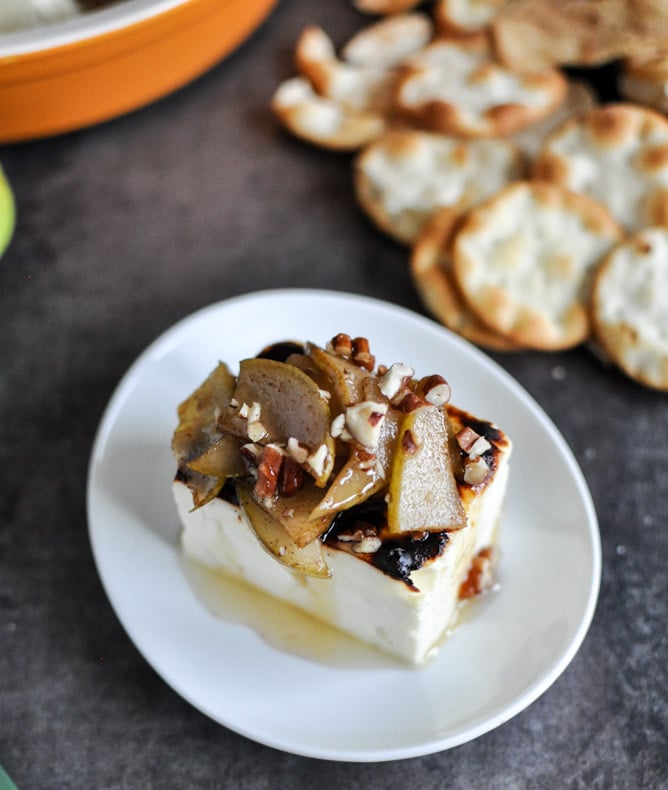 And the only thing better than all the cheeses all the time is when the cheese is golden and bubbly and melty and even burnt. I used to LIVE for Stouffer’s mac and cheese. Yes, the stuff that is totally microwavable and could be made in five minutes or whatever. The reason? About 75% of the time, since microwaves are whacked and can’t ever cook something evenly, a full quarter of the Stouffer’s mac and cheese would get super brown and rich and sometimes even crunchy. Occasionally I’d make it just to eat off the top layer… the browned and crisp cheese that could never really be replicated, ever.

And okay, duh, of course Mother Lovett’s mac and cheese was the best, mainly because she covered the top in bacon (and you wonder where I get it from?), but it was really hard to duplicate and beat that stuff in the orange box. I haven’t had it in years and I STILL remember. The feta is baked for a few minutes so it gets all soft, then broiled and topped with sweet and caramely pears, honey and toasted pecans. Um… WHAT?

I’m, like, 99% sure that this is going to be my go-to holiday appetizer for the next two months. Please invite me somewhere. Oh! And it can be our snack that we share for my dad’s birthday. Yep yep, today is his birthday and even though I don’t think he likes feta, pears or anything caramelized, and I don’t know if he’d ever ingest something containing warm fruit and melty cheese together, it sort of makes sense because like he has always said, he hasn’t had a real birthday for 30 years because I was born the day before and since then, well… it’s been all about me. Can’t we just say that I was his birthday present? Is that fair? It might be. But he is pretty much the best dad ever so I’ll throw in some cookies just in case. 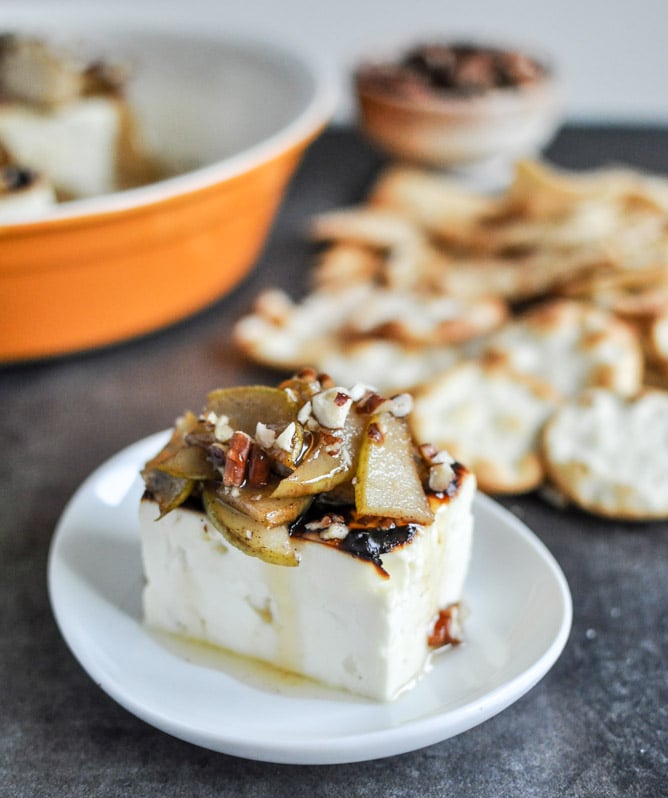 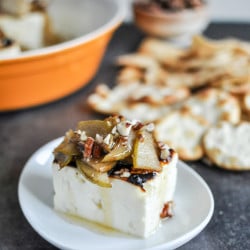