It’s also time to be lazy and fun and do way too much online shopping and stare at the clock until quitting time, so therefore I will be spelling it d-o-n-u-t. Short and quick.

Oh and guess what? I’m such a hypocrite. I generally do not like cream filled things. Think donuts, cookies, ladyfingers, twinkies, pound cakes, etc. And here I am, telling you about a cream filled thing. Wait. Is it cream or creme? Oh well, I don’t really care. Because it doesn’t matter when it’s peanut butter cream. Freaking peanut butter cream. What? Hello heaven. 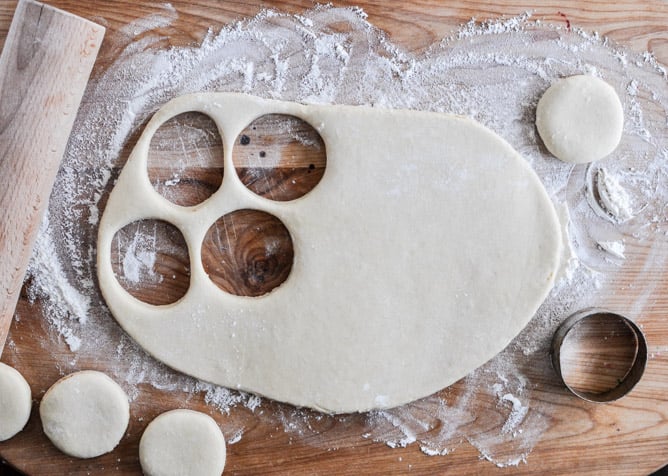 Well. That didn’t happen. But it was still pretty close. 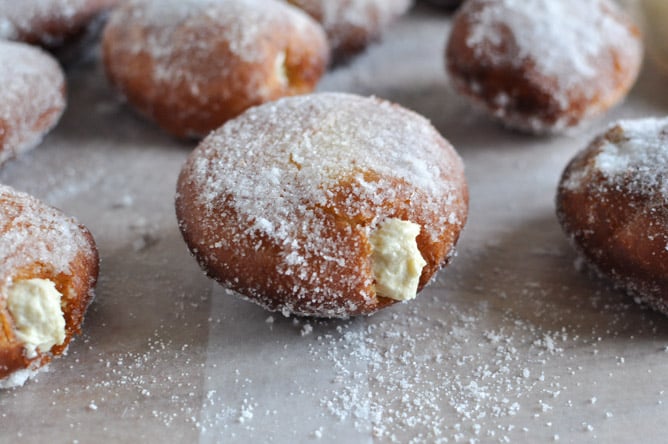 I’m going to be frank: these doughnuts are a bit high maintenance and if you plan on making them for breakfast or for company, your best bet is to plan ahead and prep them the night before then wake up super early to finish them. That’s why it took me so long to fiiiiinally try them. Or okay, if I’m being honest, the reason it took so long is because I spent 24 hours on a first crack only to have them massively fail. Huh… THAT was a fun day. 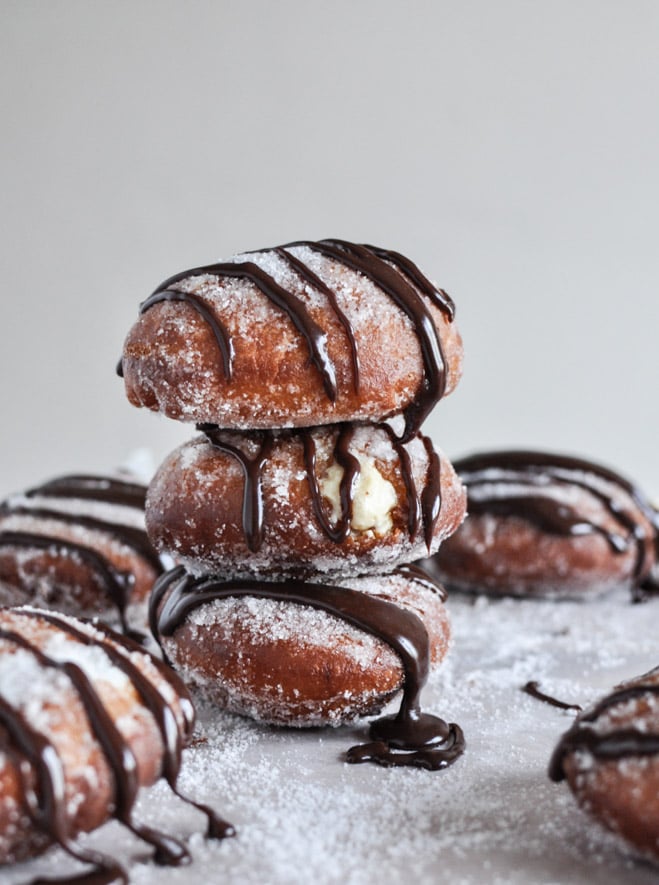 So since it’s Friday, don’t you want to absolutely definitely make these?

And don’t you really want to look back in a month and say that 2012 was the year that you made a peanut butter cream filled donut? The answer would be yes. 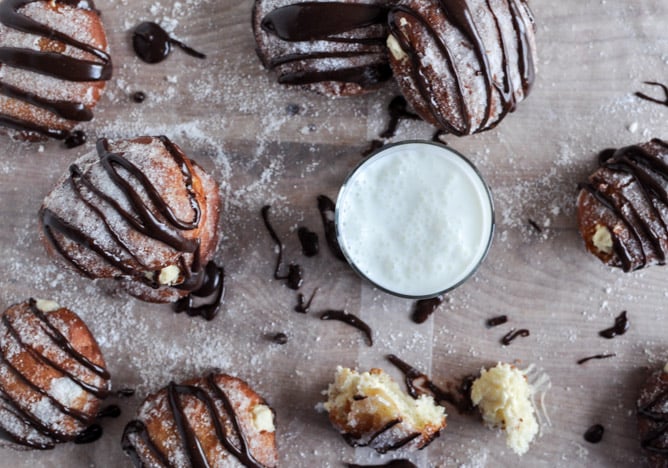