I wish I could tell you just HOW excited I am about this. 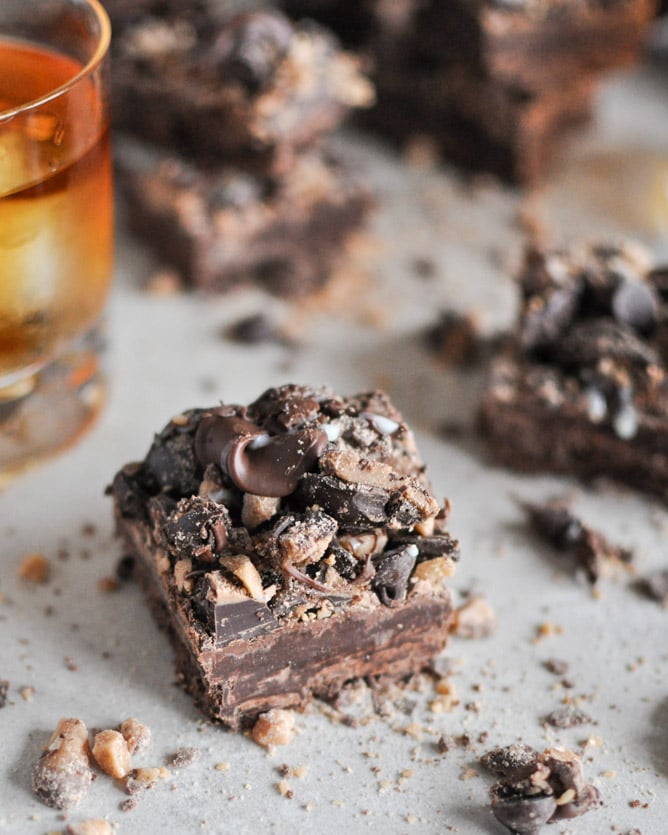 I mean, I guess I could tell you, but it would have to include a bunch of exclamation points. Which I often to try to control. Which is nearly impossible because my entire train of thought is just ONE GIANT EXCLAMATION POINT. At least it’s better than being a bunch of “lol’s,” right? Getting better at those too. Thank you everything that is holy in the world. So embarrassing. Apologies to every single person that has to be on the receiving end of one of my text messages. “lol” is the worst thing ever created.

So, you know… every year around Christmas I tell you some story about how I really don’t like fudge. I then proceed to give you a recipe for fudge. Why change things now, right?

Stuff is still status quo – I don’t really love fudge unless I’m in certain situations. Maybe I made it myself or maybe it’s some crazy ass flavor containing bacon and blueberries and white chocolate and fun things I’d never ever think of. Maybe it’s plain chocolate and just super, super creamy and totally nutless since nuts only belong in trail mix and little glass bowls sitting on grandparents’ end tables. Or maybe I’m just really hungry. I dunno. But I sort of like what these cute little fudge squares look like on cookie trays, scattered among peanut butter blossoms and red and green sprinkles and a handful of gross holiday treats that are a token tradition and only get eaten by like 2% of guests and family members. Think we all have those…

This fudge is super chocolately with just a hint of bourbon. I’m all for the heavy cream cooked fudge and I do find that it yields the creamiest, richest result, but this version is too simple to pass up. You might also already have most of the ingredients.

And can I just say… if you have 20 ounces of chocolate in your house along with bourbon? Get a room ready. I’m moving in. 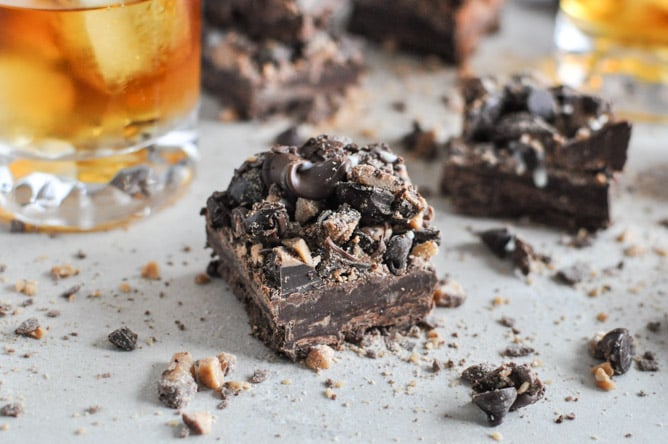