So I made these burgers on Monday. And they are really all I’ve thought about ever since.  Like… ALL I’ve thought about. I don’t even know if my burger obsession can be called an obsession anymore because it’s been about three or four months at this point. I think now it’s just a full blown sickness? The worst part is that I’m a little bit of a burger snob and I really don’t think anyone can make them as good as some of my favorite restaurants can. And uh, by favorite restaurants I really just mean Five Guys. $5 burger? Yes please. And a few others of course. But it seems that whether homemade burgers are grilled or pan-fried or whatever, they sort of turn into fat hockey pucks or something. It takes skill and patience. Which I don’t have. Something I have learned however is that I don’t need to stuff a ton of things into the actual burger (like garlic and minced onion and blah blah blah) and prefer just some salt and pepper. I added a little olive oil here too since I was using very lean ground beef.

Which is boring but ummmm it’s April which means it’s almost summer which means that it’s time to come out of hibernation. 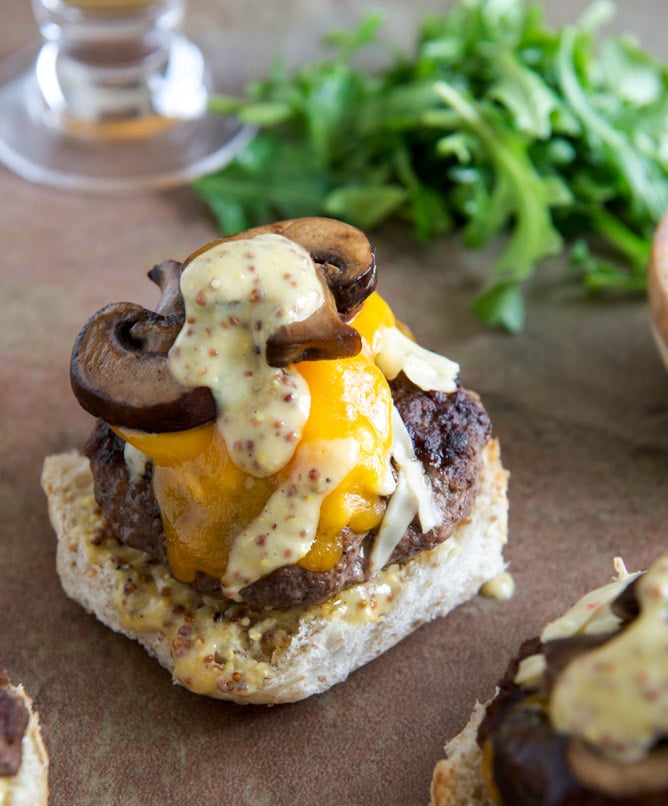 Dinners this week have been delicious. Although I already ignored my weekly menu plan for three out of four days, meals included these burgers and last night, a mix of frozen roasted vegetable ravioli and pumpkin ravioli with brown butter, garlic and parmesan. It took approximately six minutes and was wonderful.

So wonderful in fact that I tossed all the pasta in a giant bowl, turned my back to stick the cheese in the fridge only to turn around and see… the entire bowl gone. My husband had actually picked up the whole bowl because he thought I made the massive bowl of ravioli for him. Only him. Two packages. Six servings. Picked up the darn bowl, grabbed a fork and walked to the table.

I thought he was joking?

He wasn’t. He thought all of the pasta was for him. In his defense, he comes home late and a lot of times I eat dinner before him because uh, I am not cooking anything for anyone at 9PM unless it includes the broiler, a marshmallow, starts with an “s” and ends in “more.” For myself.

Don’t worry. I claimed my portion. What we need to talk about today are these burgers. Holy smokes. I definitely stole the idea after eating a similar one a few weeks ago from a local food truck and it is by far my new favorite flavor combination. Double the cheese, perfect mushrooms, the mustard aioli I’ve been LOSING MY MIND OVER and arugula on top which makes it super fresh.

I even wrapped leftovers in foil, stuck them in the fridge, then reheated them at 300 degrees for a few minutes before eating. Yeah. Still incredible. 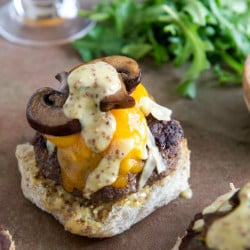 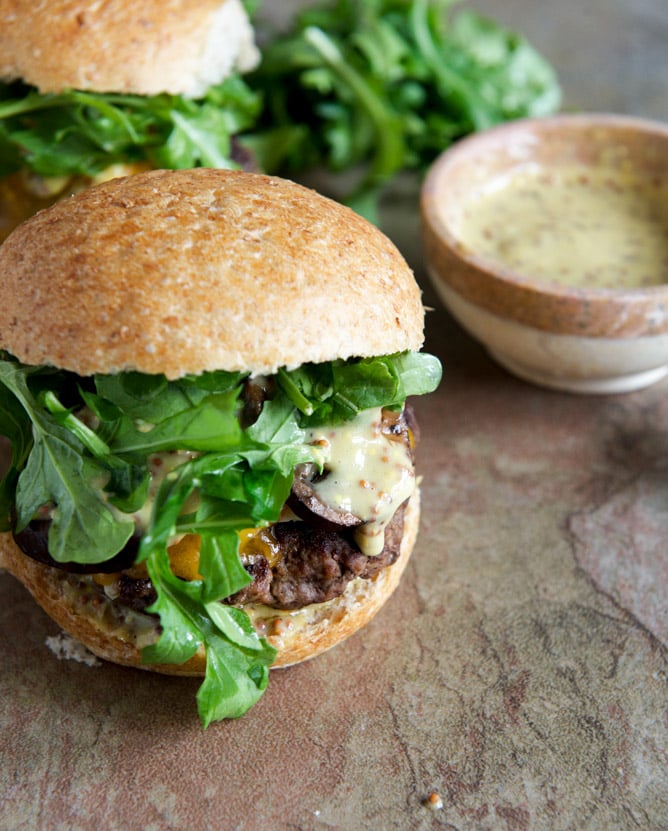 But this is definitely the way I would like to go.

132 Comments on “Cheeseburgers with Sautéed Mushrooms, Arugula and Dijon Aioli.”