Yeah. I actually did this. 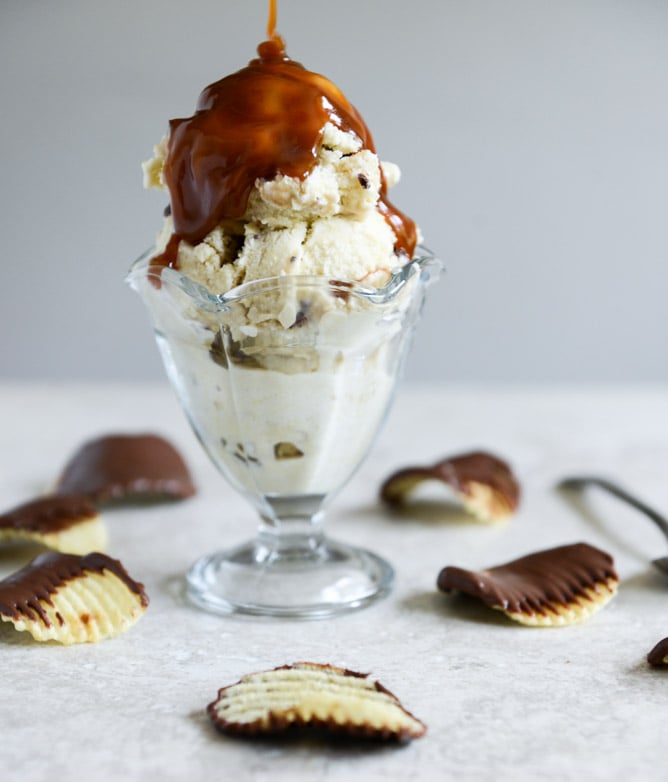 It sounds complicated, right? I promise it’s not. I hate having such long titles for recipes but could I seriously leave something out of this one? The answer would be no. Sweet corn ice cream, caramel swirls and chocolate covered potato chips are all extremely significant. They play a very large role in my life at the moment.

I have a problem. I can’t stop making ice cream. This ice cream isn’t even the ice cream I made yesterday. Yesterday I remade an ice cream recipe that’s in the book because I love it so much. It kinda sorta maybe contains one of my favorite things in the universe… can you guess what that is? Probably not since many things are my favorite things. Last night when I stuck that ice cream in the freezer, I realized that I had FOUR other ice creams in there. I don’t even know who I am anymore.

Since I’ve talked and tweeted about it for a week, I’m sure you’ve surmised that this ice cream was inspired by the sprinkle cone I had on vacation. I came back, unpacked and immediately made ice cream on Monday morning.

The difference is? That ice cream on vaca was a salted caramel flavor with chocolate covered potato chips. Don’t hate me: I don’t love caramel. I think it’s just a temporary thing (no, I’m not knocked up) and that perhaps… I am finding myself burned out on the sweet and salty sugar. I’ve been a caramel fan since I was a kid and these days, it just doesn’t do it for me – at least not in large amounts. I admit that I solely ordered that ice cream flavor due to the abundance of chocolate potato chips I spied from above the glass. 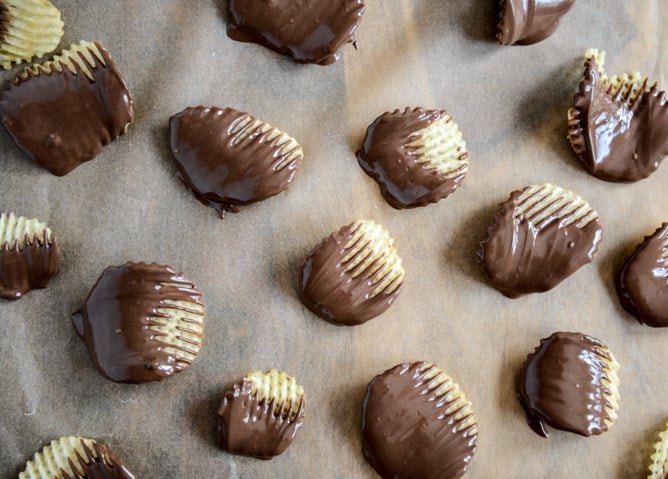 So I knew that I wanted a touch of salted caramel in the ice cream, just not an overwhelming amount. I went back and forth on ice cream flavors and was completely stumped, figuring I’d have to do something boring like VANILLA. Ugh. Vanilla. How terrible.

Then I remembered sweet corn ice cream. I wasn’t sure that anything could be more fitting for me this summer, considering I eat corn on the cob every single day. I’m pretty sure that I first heard about sweet corn ice cream after buying the Milk cookbook and I’ve just been HOOKED on the idea ever since. I knew it would make the perfect base. And then… the chips. Ah. The chips. I’m not a huge chip eater unless the flavor is salt and vinegar or BBQ, and the chips MUST be kettle cooked. Yes, I am a total chip snob. I really only like to eat chips with sandwiches and that’s just because I like to put chips on my sandwiches. But when you cover chips, especially kettle cooked chips, in chocolate – I’m done. Game over. I don’t care about anything else in life other than those chocolate drenched fried potato slices. Can’t even.

So that’s the deal with this ice cream. 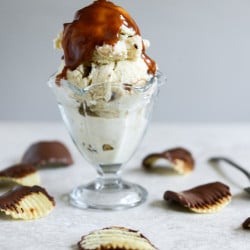 [corn recipe adapted from the NYT and this fluffernutter ice cream, idea from an ice cream I had on vaca]
Course: Dessert
Cuisine: American 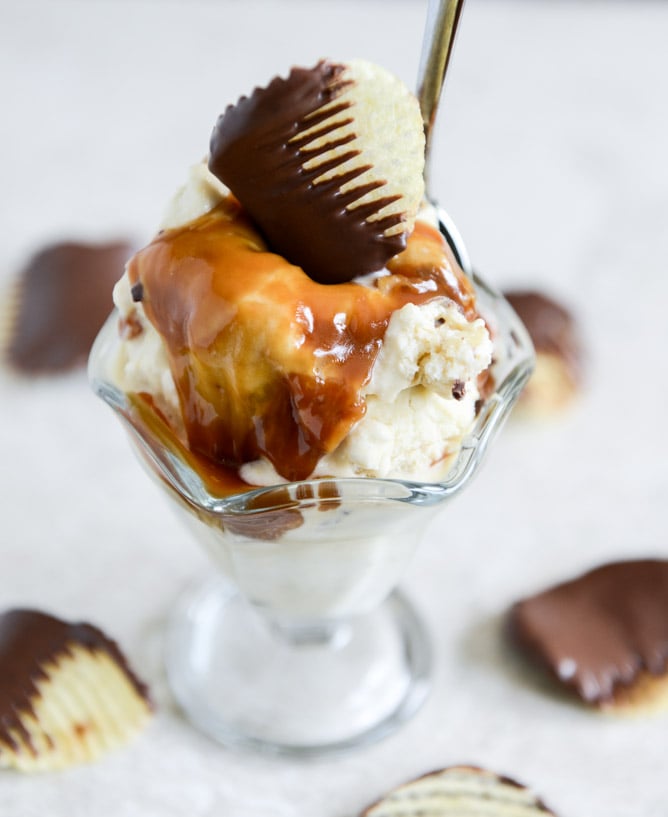 It makes me want to say cray. But I would never say that…