I’ve unlocked the secret to the incredible breakfast sandwich. 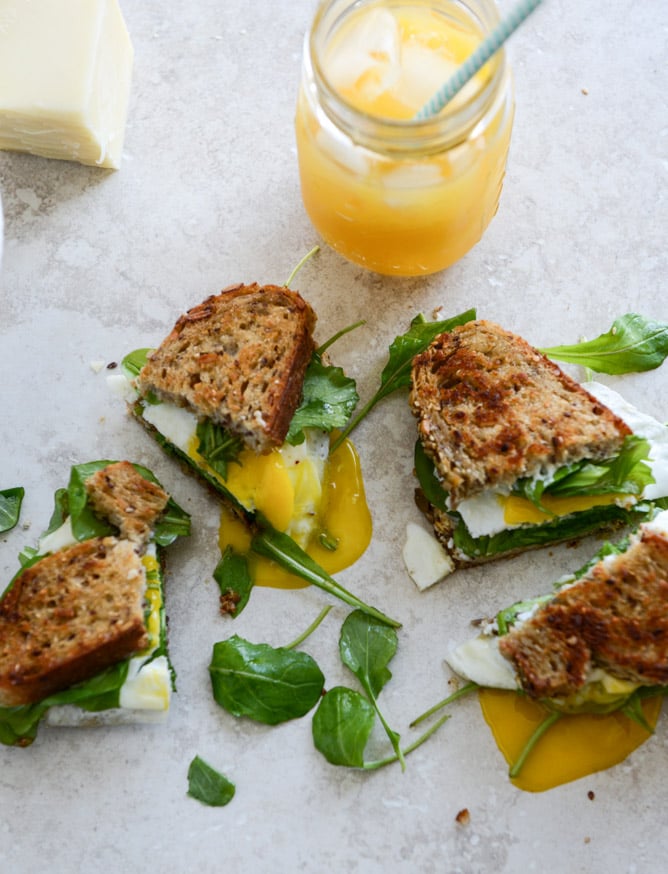 I mean, besides bacon. In fact, this sandwich is baconless. I tried it with bacon. I liked it better without. What is the world coming to?

But really, it’s because the fig jam already had a savory component: the cheese. The bacon made it too savory. I’m all about erring on the side of the sweet over savory. Or finding the sweet spot of the sweet and savory.

Now that we got that out of the way. 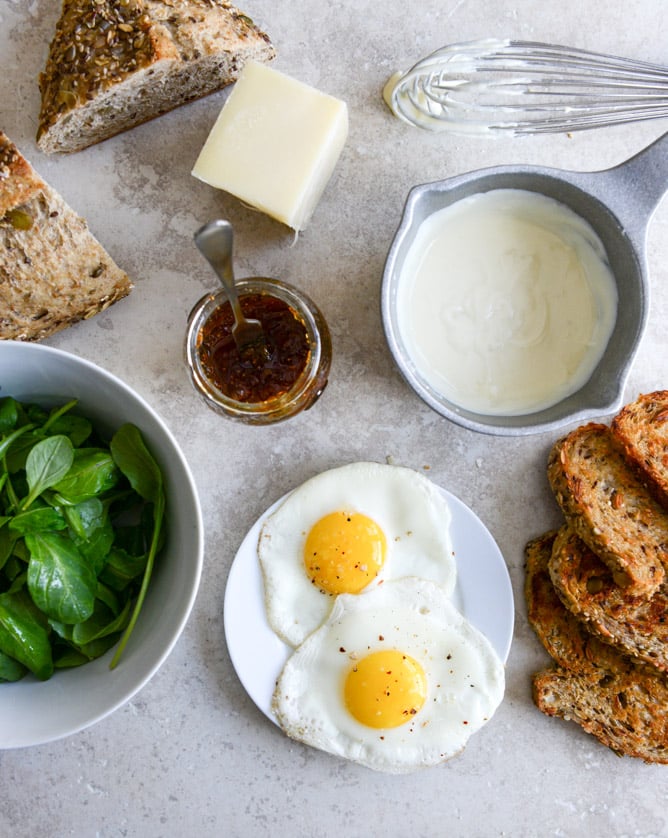 So the deal is – I’m not usually one to have greens with my breakfast. I don’t love spinach in an omelet or anything like that. I can do a little spinach in a smoothie and that’s about it. But there is something about fresh arugula, specifically this baby arugula which is soft but still full of peppery flavor, that changes the sandwich for me. I only use a few leaves but they impose a freshness and extra flavor.

And a must is a super seedy, grainy bread. The texture! It wins. But let’s get to the important part of today. And no, I don’t mean the mini Full House skit on Jimmy Fallon the other night (dead). Or the talk of the Entourage movie. How do you feel about an Entourage movie? I don’t know how I feel. It seems like they’ve been gone so long that I’m not sure I can get back into it. I could handle a whole Ari Gold movie though. That is one ridiculous character. I hope Llyod is involved.

The cheese sauce though! That’s what I’m talking about. I made an easy, melty gruyere to go on both sides of the toast. Don’t be scared – cheese and jam go hand in hand. Along with the egg yolk and the little crunch of the arugula? Ugh. So darn good.

In fact, you should probably use the cheese sauce for extra dipping. Because that’s normal. Runny eggs and cheese sauce? While I love a good breakfast sandwich, let’s be honest: breakfast sandwiches are really made for lunch and especially for dinner. They are simply a vehicle for food to get in your body before bedtime. There is nothing more comforting to me than breakfast for dinner – even mac and cheese doesn’t have the same effect. Er, except maybe a mimosa. 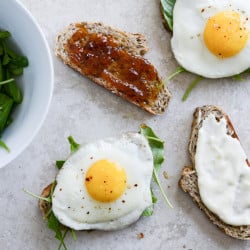 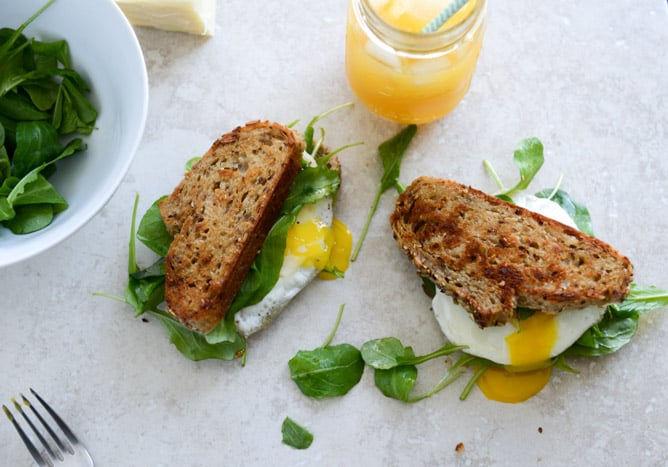