I’ve wanted to do this for, well… EVER. 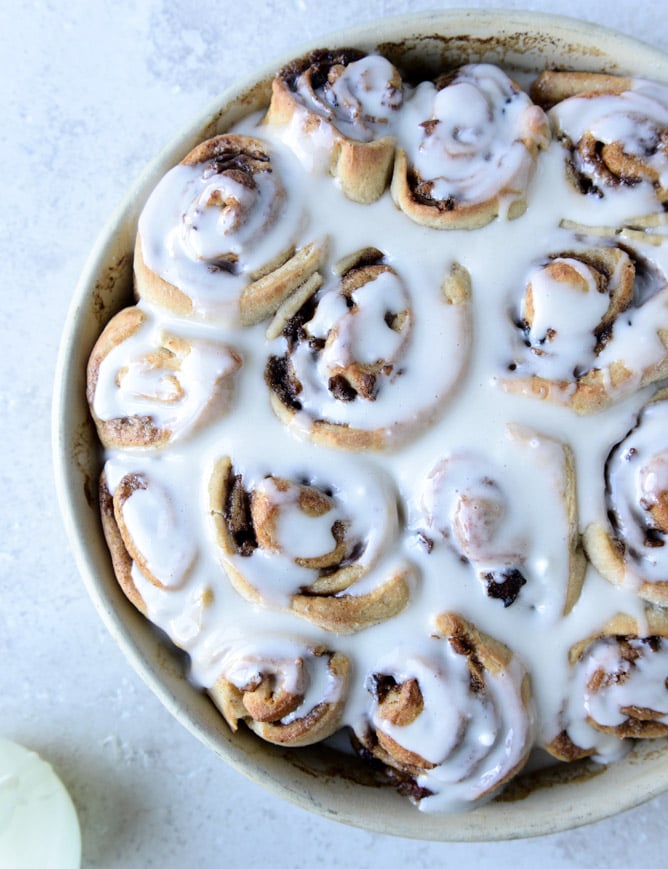 Put bacon in gooey cinnamon rolls and call it breakfast food. I mean… why not?

It’s Friday and I’m presenting you with a giant pile of bacon cinnamon rolls. It’s a present. Me to you. The best Friday present ever, possibly. 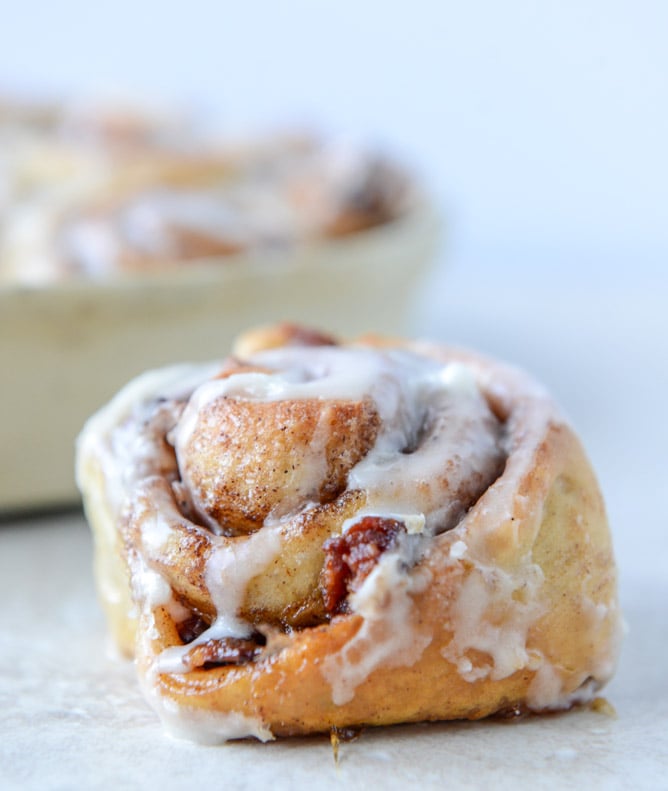 And you know what?

It wasn’t until I was ACTUALLY MAKING THE ROLLS that  I realized, um, hello, I could use BACON GREASE instead of butter. Bacon grease!! Granted – I didn’t use it in the entire recipe, but it’s certainly in the filling annnnnd maybe in the glaze.

So, like, you really need to love bacon to love these.

And if you do, then we can obviously be the best of pals. 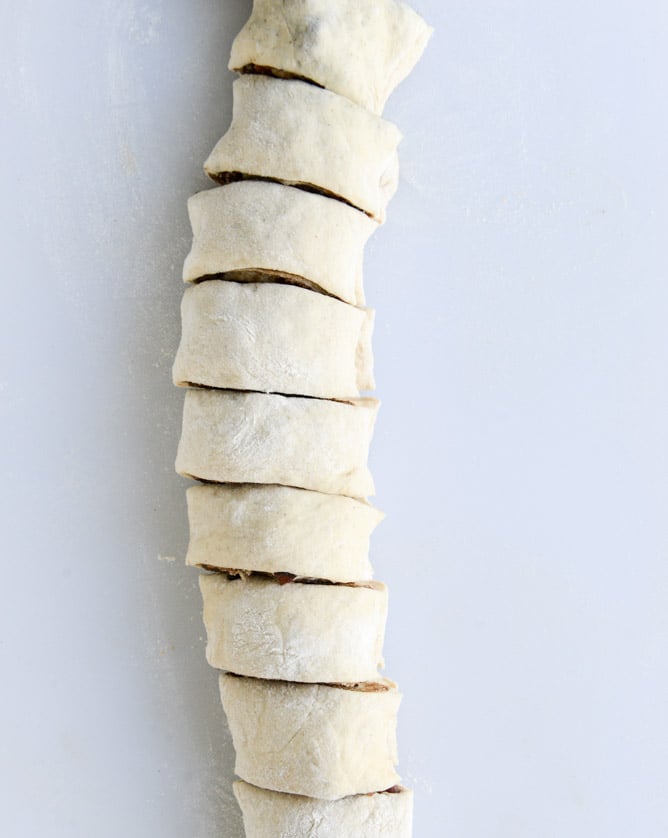 These cinnamon rolls are adapted from the whole wheat cinnamon rolls from my cookbook. I love a good homemade cinnamon roll but let’s me tell you a secret: I also don’t really mind the ones that come from a can. Most likely because they taste like my childhood – my mom would make those cinnamon rolls or even better – the orange rolls! – from the can on special Saturday mornings and sometimes even on Christmas day when we were rushing to open presents and go visit family.  They taste all nostalgia-y and stuff. 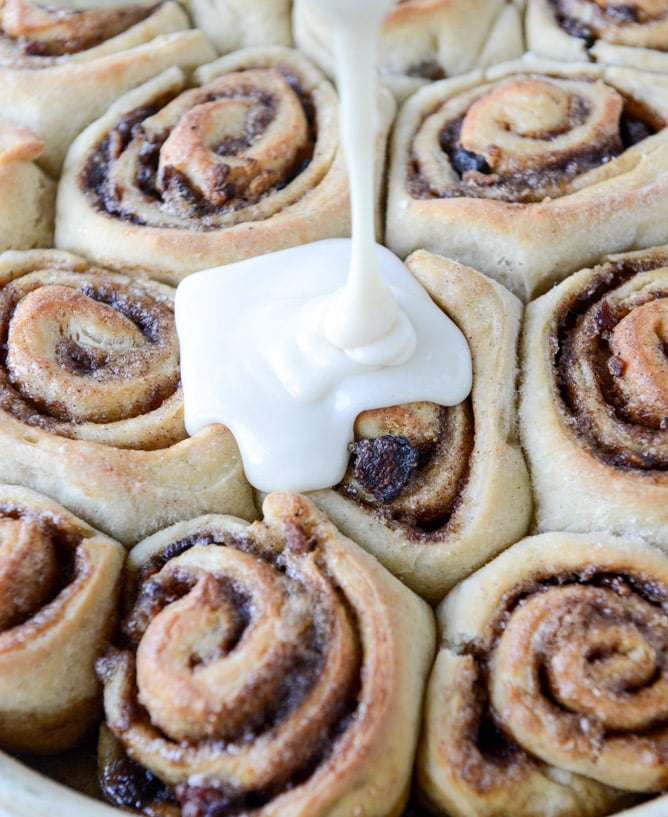 These bacon ones may turn me into a bit of a cinnamon roll snob. I will say this – there isn’t much worse than a stale cinnamon rolls in my eyes. Kind of like a stale donut? Ew. Nothing worse. Remember the entire research segment of the movie The Five Year Engagement where they serve people stale donuts but say “if you can wait for five minutes, there will be fresh ones!” ????? I’d like to think that I would totally wait for the fresh ones. However, I have very little patience.

The point is – you can make this dough the night before but don’t bake these babies until right before serving. Hot and gooey cinnamon rolls are incomparable. 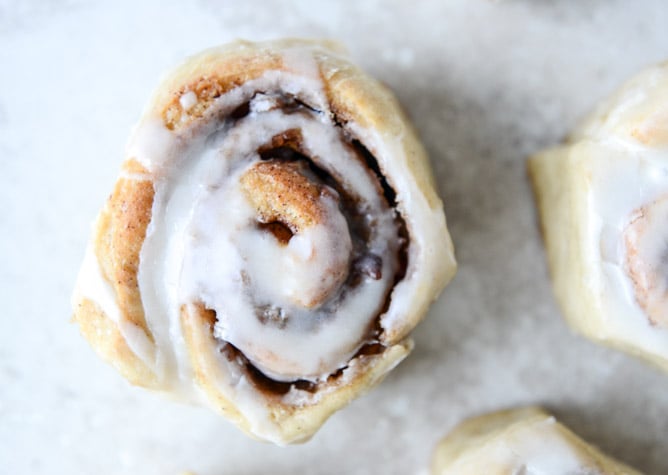 Sooooo. We’re gonna do this. Yes? 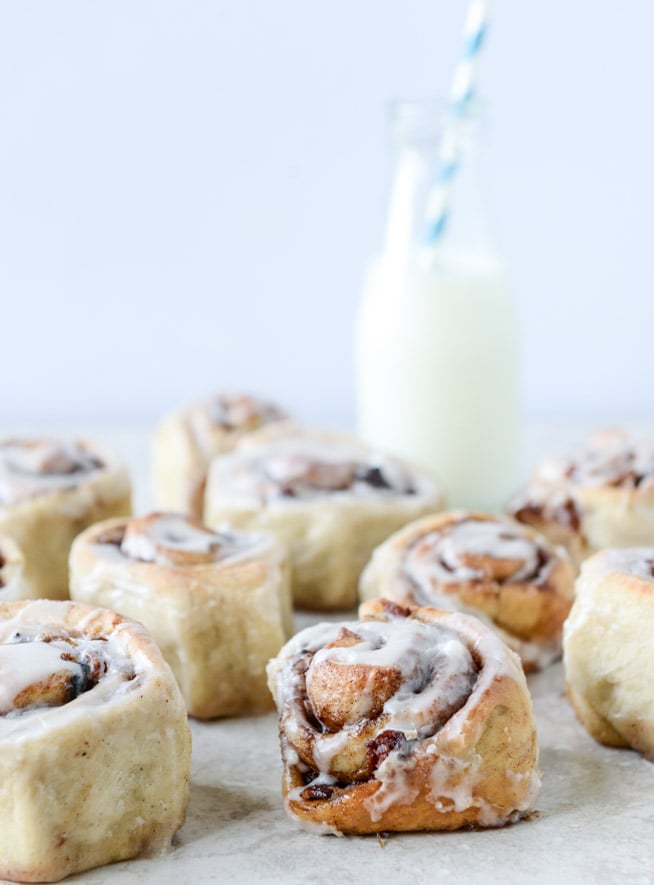 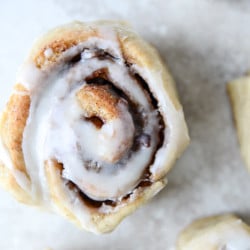 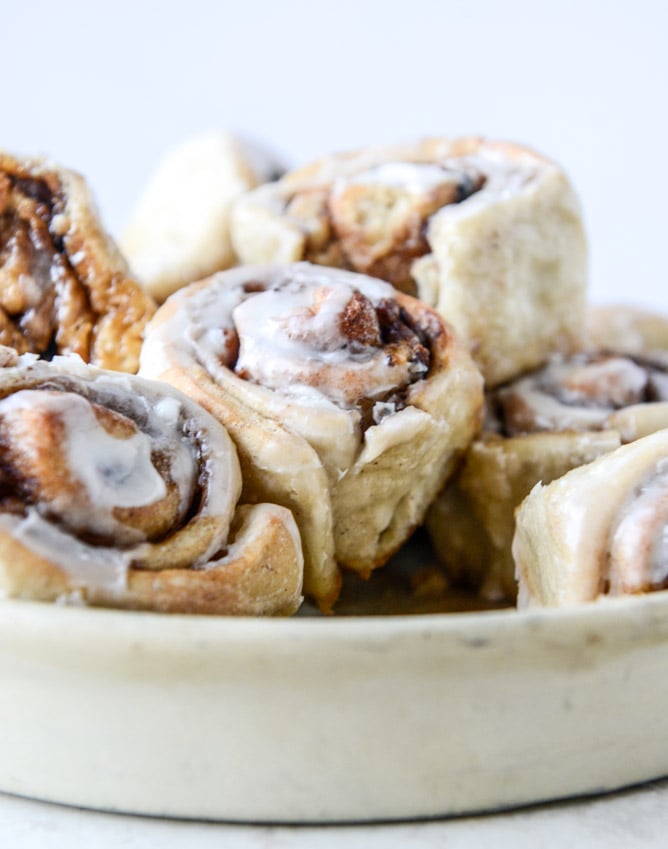