This is what I like to call “eating color.” 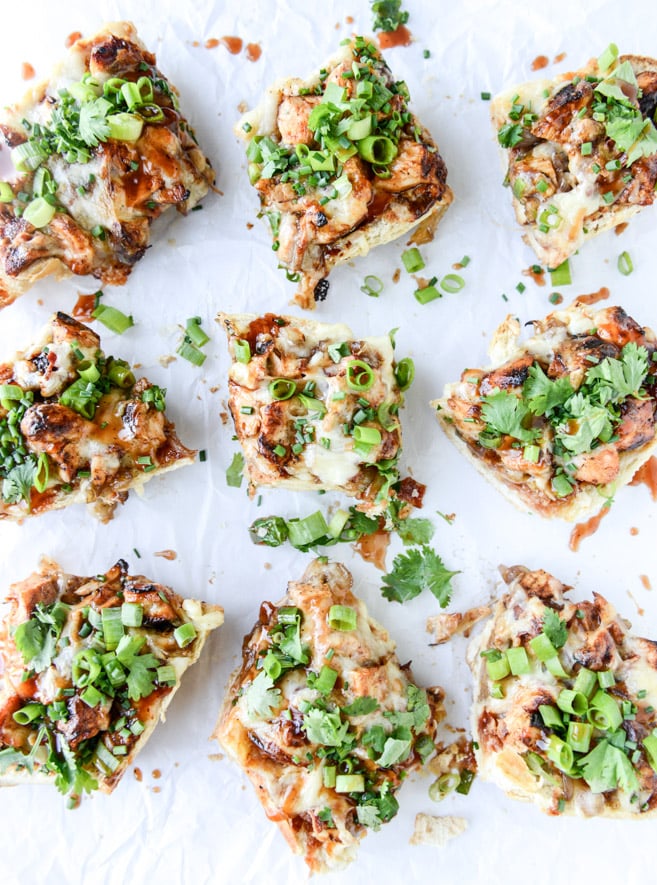 I mean there is a good bit of green here. In a few different forms! It completely works. And I really want to call this bread. But I also want to call it pizza. It’s like faux pizza on French bread. The easiest ever since you don’t have to make your own dough and can just buy a darn loaf of bread at the store and trash it up with lots of great flavor.

It’s the supreme party food. Because I say so! It may be a leeeeeettle high maintenance but it’s worth it. You will see. It’s also a total rip off of the buffalo chicken French breads I made years ago. It’s the most perfect football food ever and just generally an excellent idea for dinner… or lunch… or anything. And everything.

Especially the nights when you get stuck watching Homeland reruns until midnight and you’re just like… how does Claire Danes DO it? How is she so ridiculously fantastic as an actor? Why does she make me feel like an uncomfortable lunatic? How does she master the ugly cry so well?

Nothing these French breads can’t solve in the wee hours of morning. 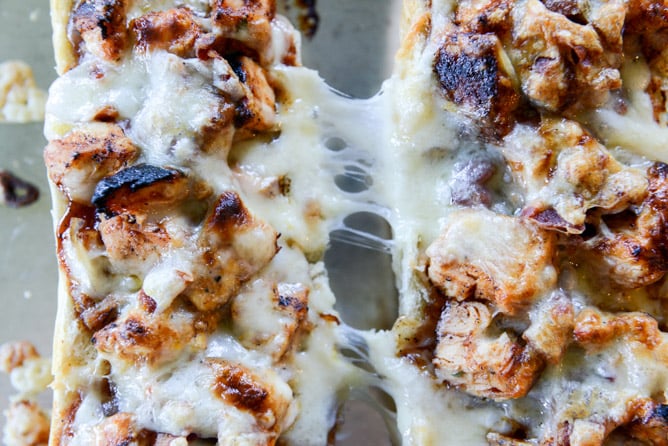 The bread is covered with a heavy-handed drizzle of BBQ sauce, cheese, some chicken, bacon and caramelized shallots. It’s baked until crisp and bubbly with cheese then drenched in a blanket of chives, scallions, cilantro annnnd more BBQ sauce. Use your favorite! I used a combo of bone suckin’ sauce (which is a forever staple in this house) and some vanilla bourbon BBQ sauce from my cookbook. The mixture was scary good. I wanted to eat it right off the spoon.

In fact… the entire thing is so scary good that it makes me want to do the ugly cry.