Well this is pretty much the only thing I want to eat on a Friday. If you eat an acai bowl for breakfast you can have alllll the chips that your little heart desires. Because I say so. This is sort of a copycat recipe… but.

I didn’t even try them myself – Eddie ate them a few weeks ago at Flipside before my book signing in Cleveland and truly won’t shut up about how good they were. He’s been asking me to recreate them (especially the BBQ sauce) and the minute I got home, I did. I was totally game. Obviously – homemade chips are right up my alley.

Over a year ago I made these sweet potato chips with homemade BBQ seasoning and could.not.get.enough.

But the blue cheese yogurt dressing? YESSSSS. And the sriracha BBQ sauce? Takes it over the top. Even me, who isn’t a heat or spice lover was super excited at the thought. I used my base recipe in Seriously Delish for vanilla bourbon BBQ sauce and went to town with the sriracha. 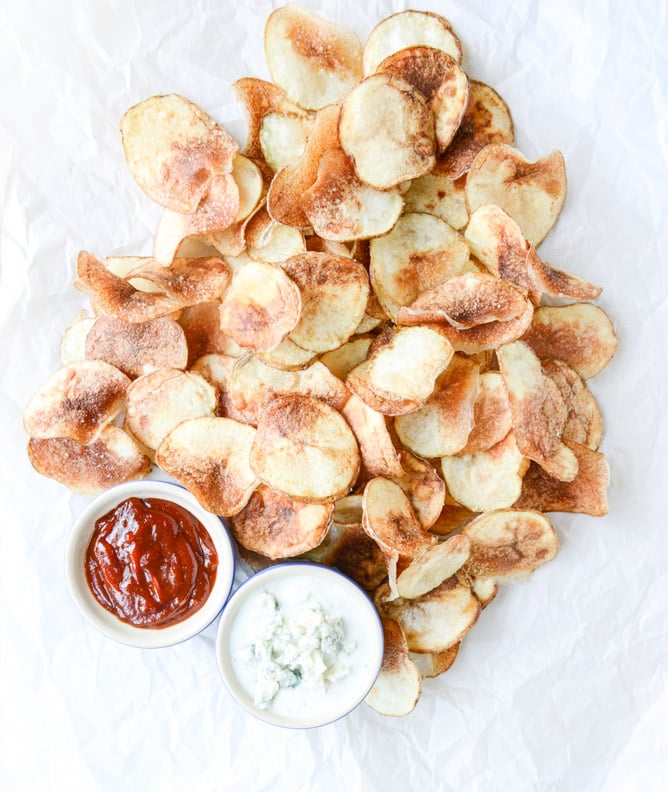 AND HERE’S THE THING. You don’t even need to do chips. I actually think this combo works just as well (maybe even better?!) on oven fries. I suggest using this recipe and getting the potatoes super crisp – then serving both dips on the side.  Lower maintenance and no frying involved.

Making the homemade chips is totally worth it too though – find yourself a big pot and throw the thin slices in for a few minutes. Drench them in coarse sea salt while they’re still warm and it’s the ultimate indulgent perfection.

You should most definitely make them and have a beer for me. 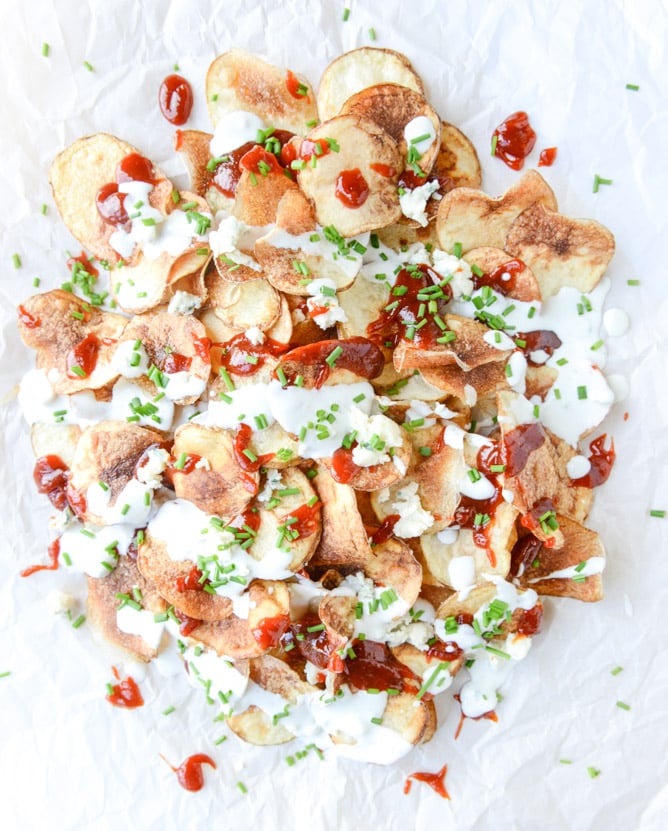 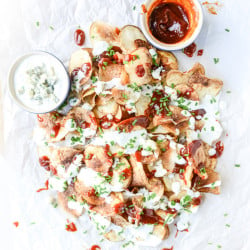 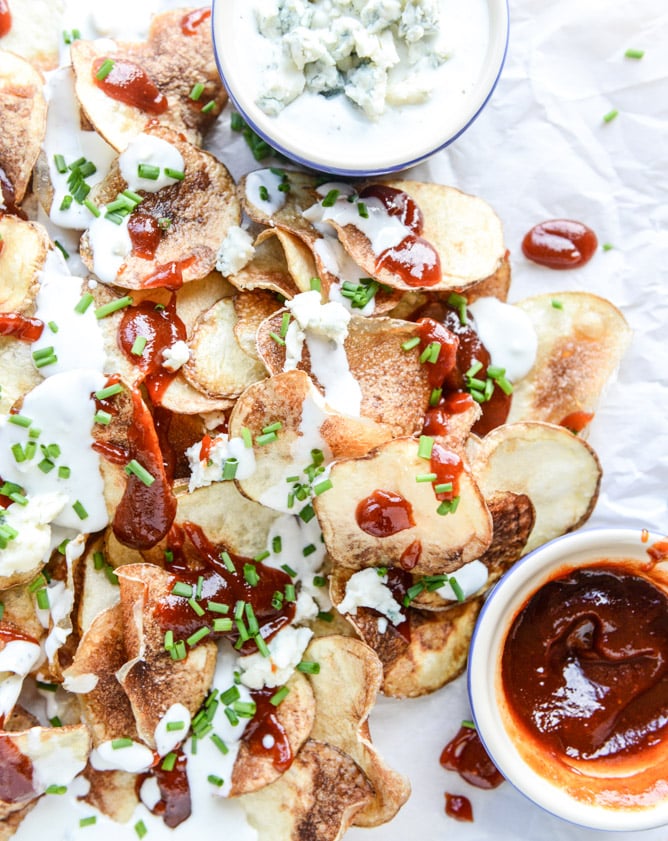