I have a perfectly good reason for serving you ice cream in chilly weather. Because it’s today. It’s THIS ice cream (technically gelato?). And it’s way too incredible to keep from you for one more millisecond. I find that to be reason enough.

Ohhhh and today I turn 32. How.is.that.possible. I feel ancient. [Sidebar: I had to have a 5 minute mental conversation with myself about my real age because I forgot it. For real.]

I have decided that 32 is harder than 31 or 30 was. And I never ever think about age. I forget how old I am and that I’m not eternally like 26. Because, like… aren’t I? Maybe it’s because I have a human being karate chopping my ribs that will soon escape and change my life. Maaaaybe I’m just looking for other distracting things to engage me from this omggiganticlifechange that is what seems like minutes away.

I should probably stop saying OMG. I get it. I know.

I’ve learned that (you’ve told me), but refused to listen. 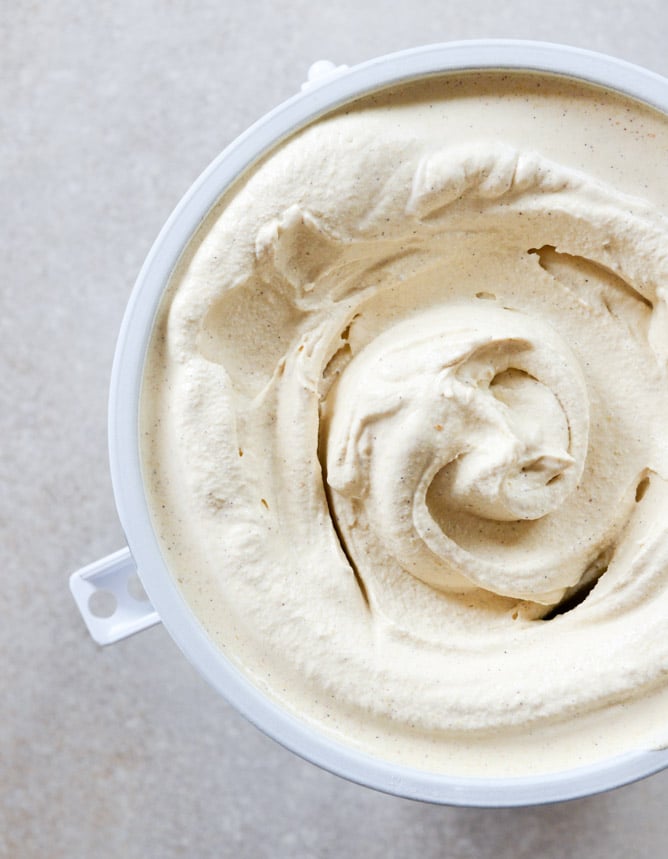 Also, you’re never too old for grilled cheese with ketchup. And sprinkles. But not together. Just in general.

Or… maybe… together? A 32-year old definitely can’t be the one to come up with that. I shall teach my child and it can be their legacy.

(Oh and not Frozen either. Never too old for Frozen. Like a Frozen marathon. Frozen soundtrack. Frozen Halloween costume. Frozen birthday partay. This recipe perfectly represents what’s going on in my brain at the moment: scattered thoughts and slightly repetitive EVERYTHING mixed with lots of really good stuff and things that may or may not go together. Because how is a control freak supposed to deal with a completely uncontrollable situation? Oh yeah, that’s something else I’ve learned in the last three months of working on my 32nd second. LET IT GO! 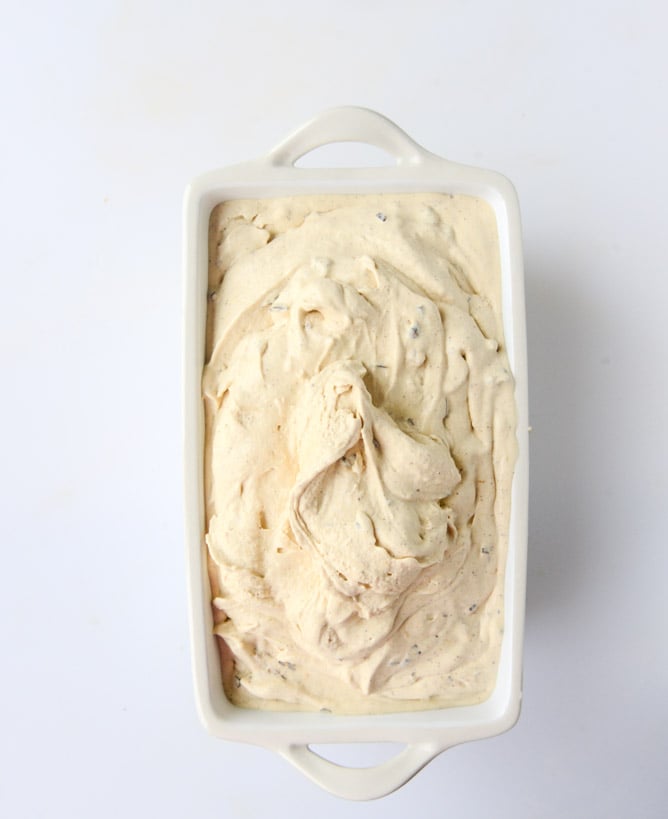 Now, it IS my first pumpkin recipe of the season which in millennial speak (read: Starbucks’ determination of the universe) is gigantic for November 7th. BUT. It is nearly similar to a recipe I shared on November 7th of last year.

I didn’t even realize it either. See! I’m all over the place.

I’d like to think that this gelato is slightly classier than last year’s trashed up version, which maybe means I’ve grown up a bit and developed a slightly less trashy, more sophisticated palate?

Or not.  I secretly kind of hope not. 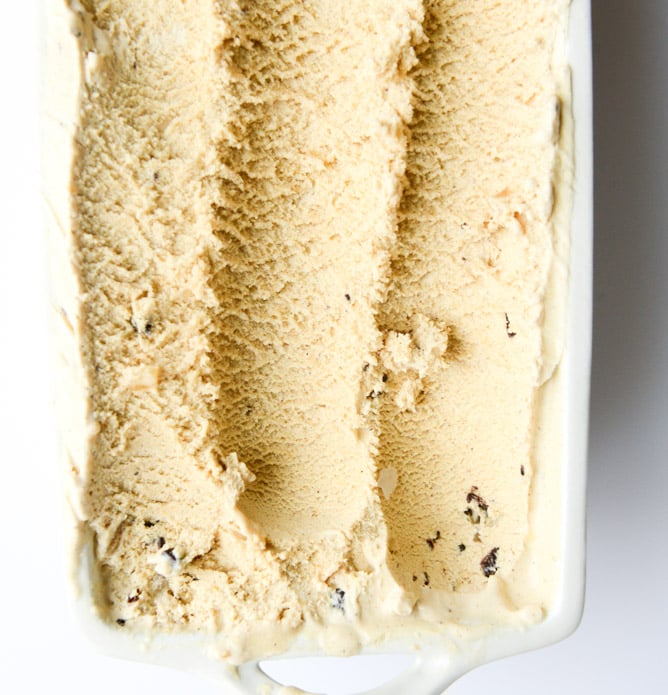 I don’t know though. Gelato seems a bit more high brow than ice cream, no? That’s why I went in search of a recipe, to make myself seem more mature.

Is it working? I’m sure it is.

I can tell you one thing: I’m completely insane over this gelato. And I’m not even into pumpkin stuff these days, you know this. But THIS GELATO. Gah. It’s the ice cream I’ve been eating out of my fridge late at night before bed. Huge spoon and all. It’s too much to handle. It’s full of ridiculously happy feelings.

The consistency is creamy perfection. The flavor is like pumpkin pie but better, but also kind of indescribable. A very delicious, authentic pumpkin. As in, not candle flavored. This is important!

The candied ginger adds SO much. It’s chewy but a little crunchy at times and can give off an unexpected but welcome hint of spice. The chocolate is just chocolate and therefore is life. 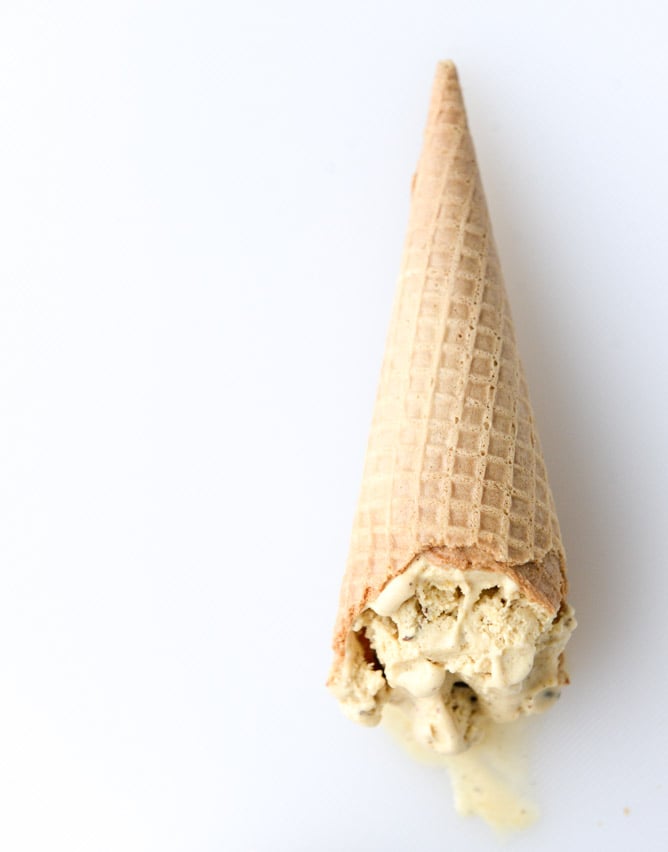 Only way it could be better is to be covered in GLITTER. Never too old for that.

82 Comments on “Pumpkin Gelato with Candied Ginger and Dark Chocolate.”