The quickest way to trash up an otherwise lovely chocolate fudge cake? 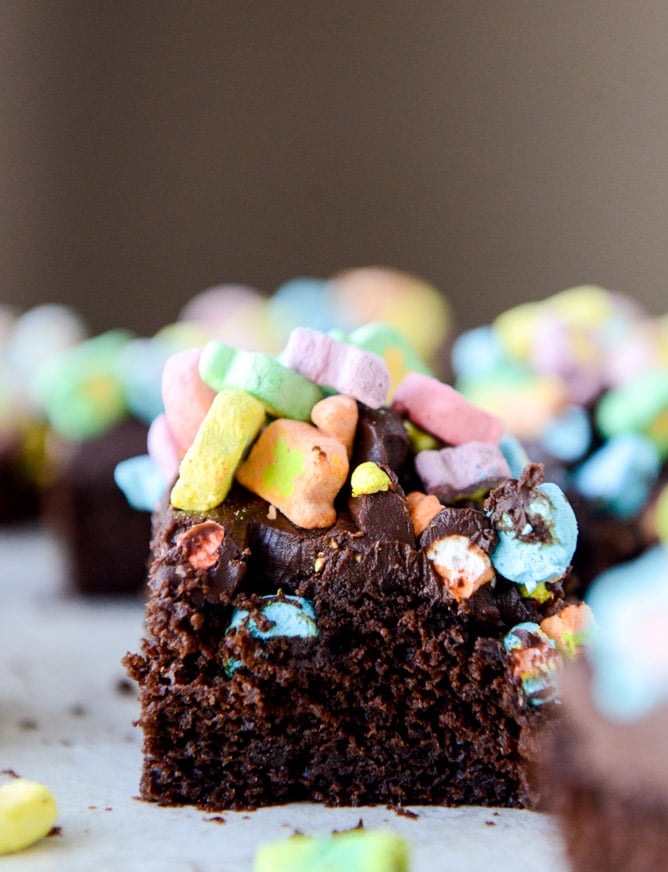 Outta. Not a word at all, one I’m even embarrassed to type. But that’s how they came. Right outta the box. I probably feel okay writing that out because in the last three months I’ve had more horrifically humiliating typos than in the last three years. Where is my brain?

Also, let’s talk about the stares I got when buying two family sized boxes of lucky charms at the grocery store last week. Like I was gonna eat them all myself. Don’t judge me! I don’t know WHY I did this again. I mean, yes I do. Last year I made boozy lucky charms milkshakes (after failing miserably at making lucky charms pancakes) and I looked at the photos two weeks ago and got all giddy over the colorful marshmallows. They are so pastel-y and pretty, aren’t they?

Even if Eddie does think that they taste like styrofoam and squeak beneath your teeth. Whatever. 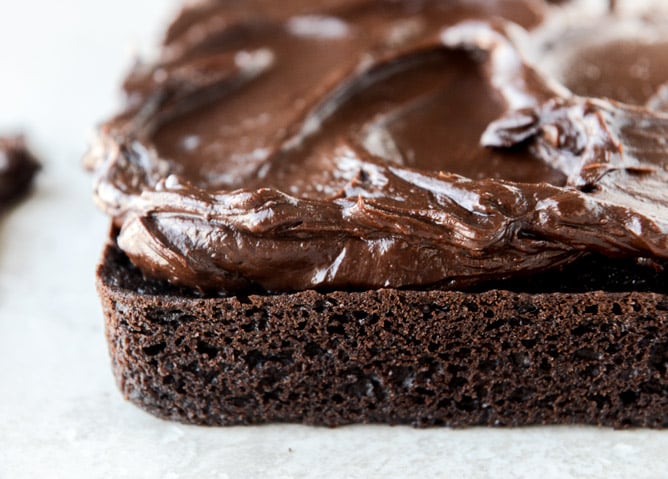 So you don’t NEED the marshmallows. They are truly just for holiday décor. And for my inner seven year old. If you’d rather be classy and just serve a chocolate cake smothered in a thick layer of ganache? Be my guest. I think we know you have a lot more class than I do.

But wait. Can you imagine if lucky charm marshmallows were GLITTERY? My brain just exploded. I personally love the marshmallows – as in, love so much that I was absolutely the kid that ate all the marshmallows out of the box then stuck the box back in the pantry for my unsuspecting (and excited) brothers.

This sort of felt like that? I think you can order bags of just marshmallows (oh look! you can!) but since I tend to be more of the fly-by-the-seat-of-my-pants type of recipe gal, I had no time for that. Hence buying two of the biggest boxes I could find (no, really, they were huge) and sitting at the counter picking out the pretty little things.

One marshmallow for the bowl. One for my mouth. [also, these boxes had so many weirdly (is that a word?) colored hat marshmallows inside. since where is there an orange hat? a purple hat? AND a yellow hat? there certainly was a lack of rainbows. even compared to last year! the rainbows are the best ones. obviously.] 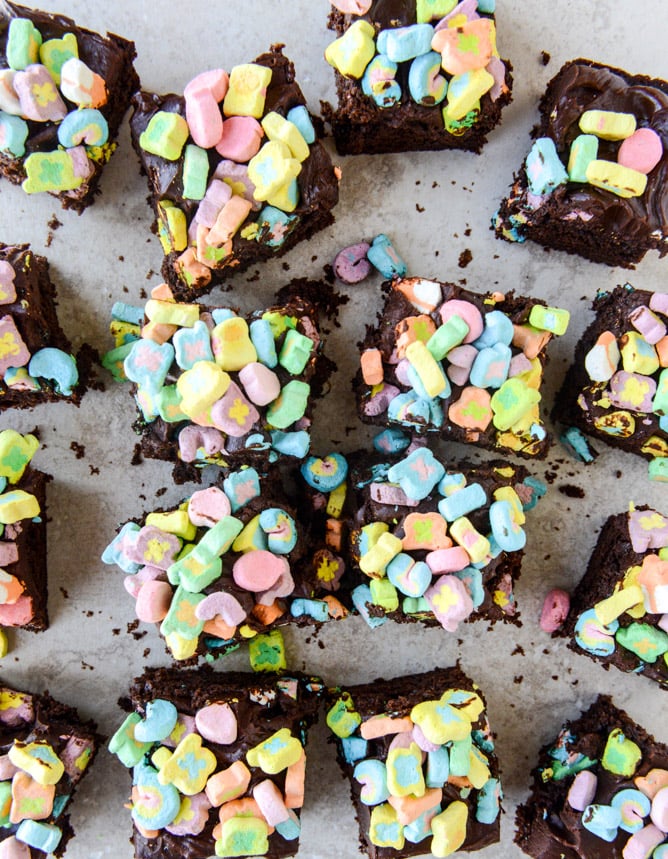 The fudgy ganache on the top of this cake is insane. It’s spiked with Irish cream! The cake and ganache itself is definitely enough, but once you see it topped with colorful gems, can you even resist? I might just start putting these things on top of all my food. Can you say lucky charms kale chips? 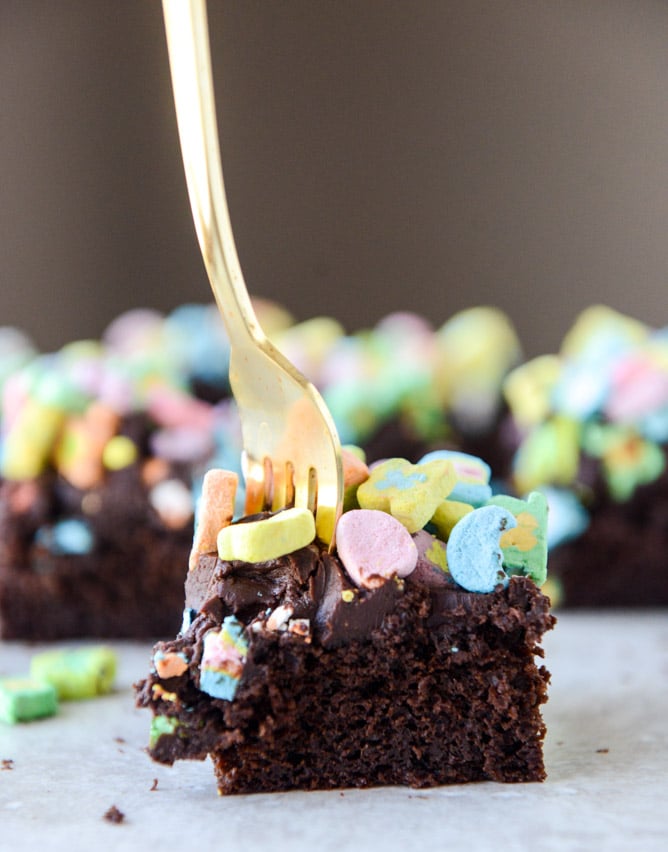 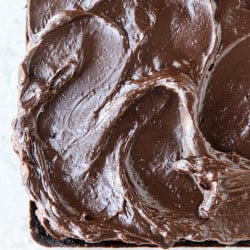