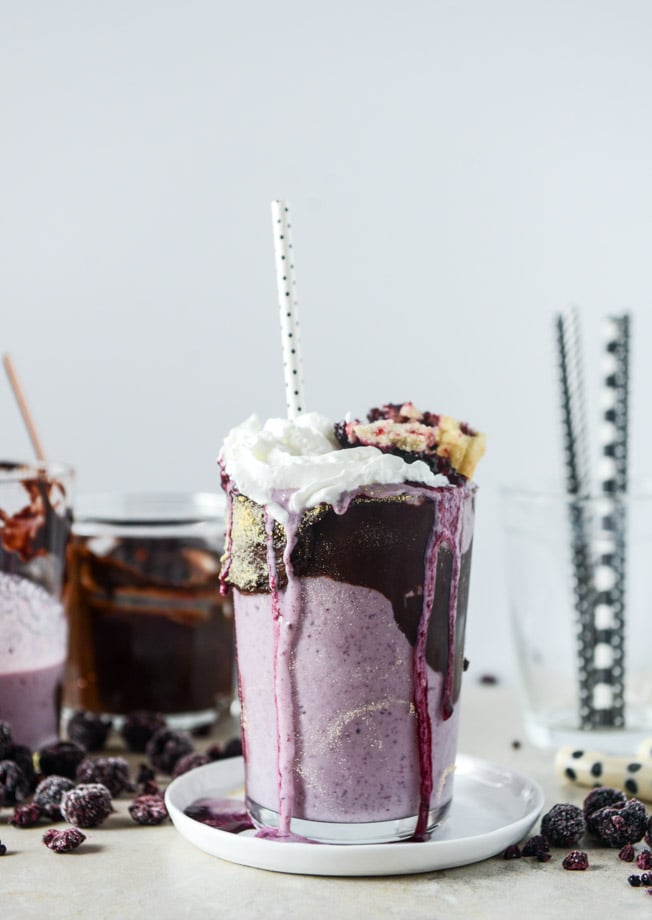 And by terrible, I mean really, really fantastic. I don’t know. You might think it’s bad. Did I disgrace a piece of pie by tossing it in a blender? Or did I just make the most incredible treat to ever grace my kitchen?! That’s a really bold statement, I know. To say it’s the greatest treat is just absurd considering how many things I make daily. BUT. This one is special for a really crazy reason.

It made me love the pie. 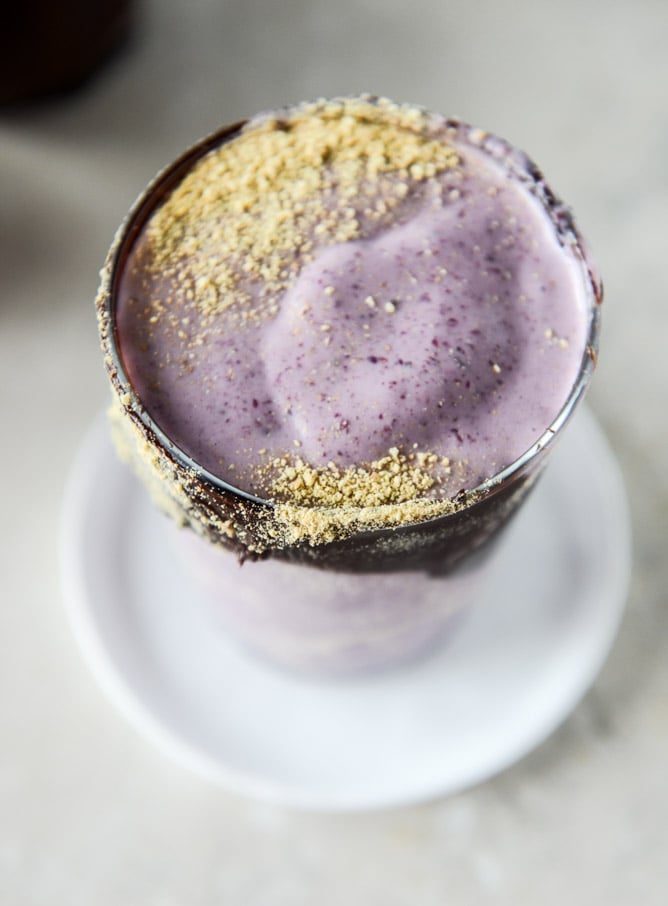 Yes. You read that correctly. The shake made me love the pie.

You’d think it would be the other way around. No? I’m super weird about berry seeds. I love all fruit. I freaking love ALL fruit. I adore it, I could eat it for every single meal. It’s where my sweet teeth originate. I was born with a strong adoration for all things fruit and no things veg.

The only thing I don’t love are the berry seeds in my teeth. Which is weird, since I love seeds that pop in figs and things like quinoa and what not. But berry seeds just, like, disappear into your mouth only to reappear later and do nothing good. So my mom’s been super into these berry pies (the best are found here) and we had a whole heck of a lot of them over the 4th of July weekend. I didn’t even taste them because pie is not my poison of choice AND the seeds – it was like a double whammy. There were so many other treats that I wanted to splurge on that I ignored the pie.

For the most part.

Maybe minus a bite.

I mean I couldn’t help it. But then! We ended up with lots of pie and I wondered… just for a moment…. what would happen if I actually THREW a slice into the blender. The idea was fleeting. Instead of trying to recreate the whole “berry pie milkshake” thing by adding different fruit and flavor and textures, I figured I’d make it easy on us and just add the pie itself… to the blender.

No recipe development here! Have pie. Will add to blender. I took one sip and was BLOWN AWAY. Holy cow, you guys. I could not believe how delicious this was – I was not expecting it. The filling lends the sweet, fruity touch to the shake but the crust adds that cookie-like flavor with a hint of nutmeg and practically makes the drink taste like cookie dough. And then of course I HAD to taste the pie. And I died.

On top of that, I didn’t want to be as embarrassingly simple as I was already, so I made a chocolate ganache fudge with black raspberries and then slathered it inside and on the outside of the glass. I tossed some graham cracker crumbs on the fudge just for fun. And topped it with MORE PIE.

That’s always the answer. To any question you need, from here on out. More pie.