Raise your hand if you’re feeling dessert for breakfast. 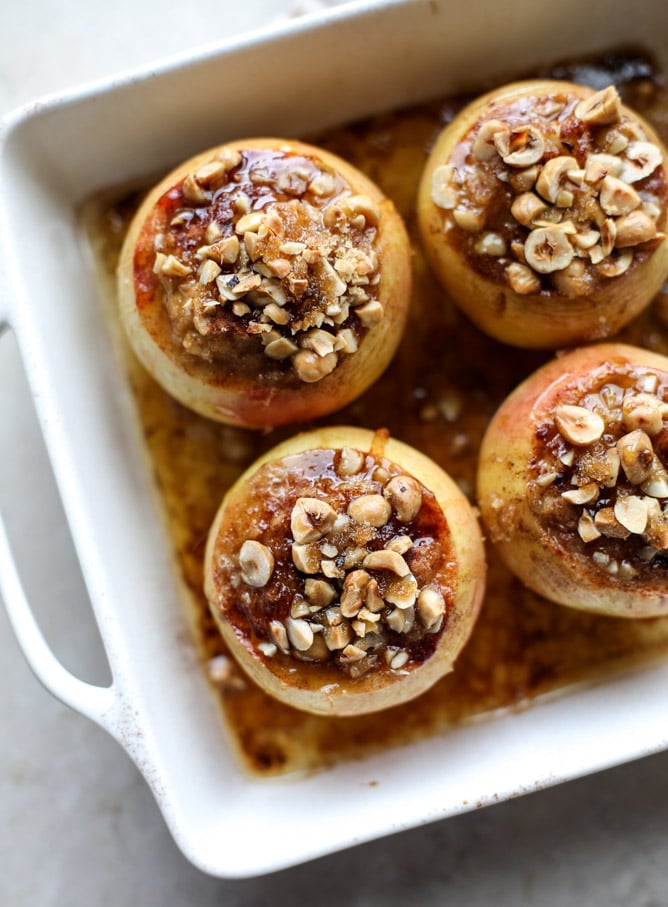 Both my hands are so highly raised. I mean, twist me arm why don’t you.

OKAY. I guess I’ll eat brown butter and caramely apples for breakfast if you WANT me to. Gosh. This isn’t ACTUAL dessert because it has oatmeal. And apples. Which means that this entire meal could possibly lower your cholesterol and keep the doctor away. Right right right? Guys. I am in full blown FALL mode. I got back from upstate New York last night (definitely want to move there, no big deal) and it was so beautiful and stunning and full of autumn cheer. And when I returned home the air was crisp and Eddie had bought ten (yes TEN) pumpkins for our patio. Now that we have Max let’s just say it’s kind of easy to go overboard on the holiday décor. 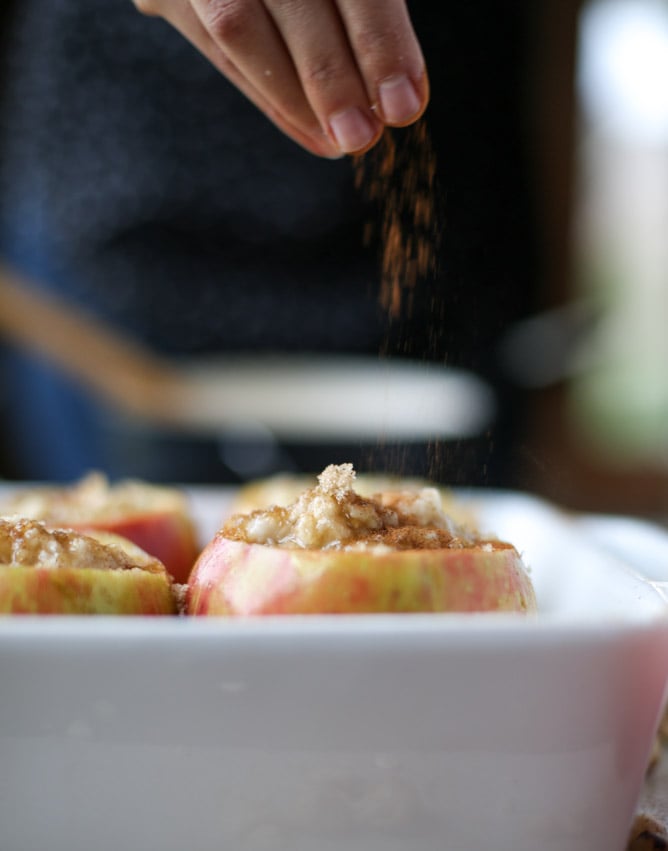 I want to submerge myself in a vat of apple cider and eat a million apple cider donuts and burn fall scents like the crazy candle lady that I am. I definitely broke out a way-too-heavy scarf and can’t stop looking at sweaters in colors of burgundy and mustard. I even want to maybe eat OATMEAL.

What did I do with the real me? It’s true that I tend to like my oatmeal best in cookie form, but sometimes a bowl of steel cut oats with brown sugar and cream tastes so freaking wonderful in cooler weather. I like it best when it’s baked but since I tend to lean towards the highly impatient millennial side, stovetop is easiest. 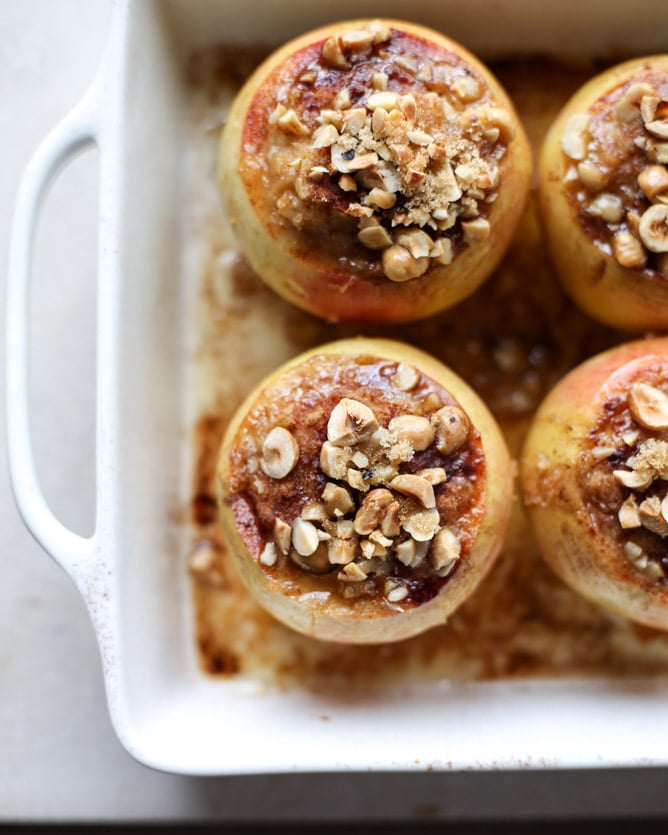 I’ve made baked apples before but they weren’t stuffed with actual brown sugar oatmeal. The filling for those was more of a crumbly crisp like filling – crunchy and super sweet and full of bourbon.

These ones can totally pass for breakfast… because I say so? The apples are sprinkled with cinnamon and drizzled with brown butter before being stuffed with the creamy oats. Like oatmeal you could already eat.

THEN they are topped with chopped hazelnuts and baked until perfection. When they come out, a bit fat drizzle of maple brown butter goes on top. I never even cared about maple syrup – until this week apparently since this is my THIRD recipe in a row that involves it. They are perfect for sharing or even for brunch and you can make them a few hours ahead of time too. Maybe even prep them the night before. Plus, ice cream is still cool for breakfast too. I said so! 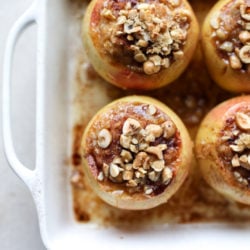 I’m moving my life into that bowl.