Hello hello! I have the EASIEST dessert ever for you today! 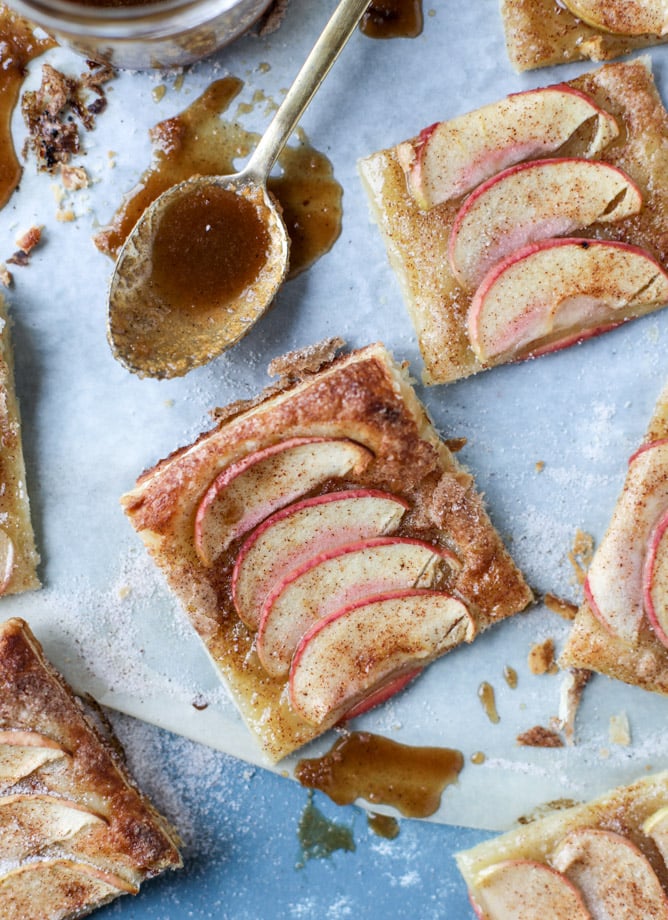 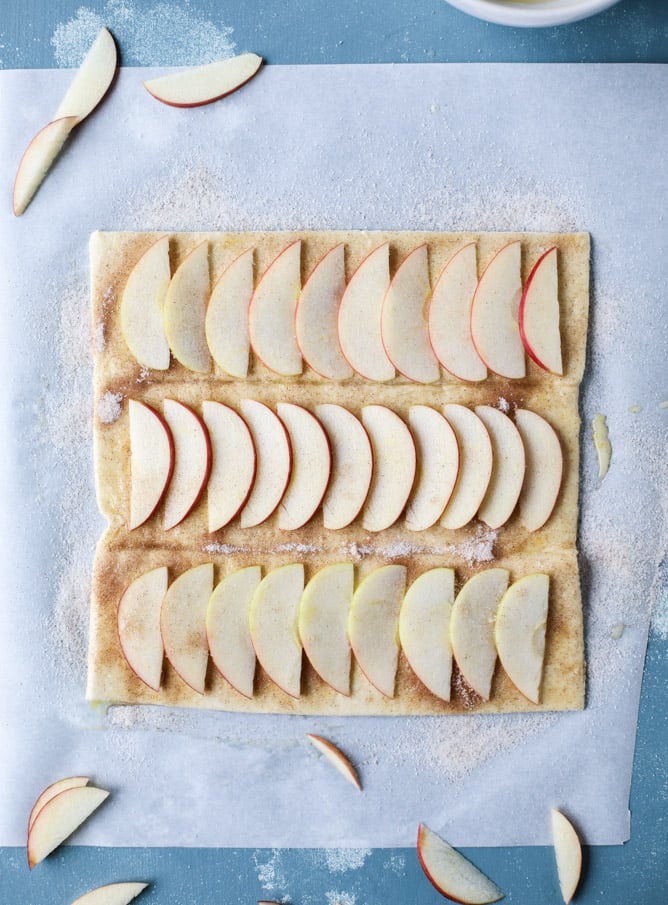 When I was a kid, my grandma made the most wonderful cinnamon sugar toast and the cinnamon sugar was housed in this little shaker that looked like a bear or a boy or something. I’m pretty sure we have discussed this before in the blog comments, but I used to get ridiculously giddy over that shaker.

I also used to think that cinnamon sugar was a special spice in itself. Didn’t realize it was sugar PLUS cinnamon, swirled together. I thought there was a special spiced sugar. The worst part is that I probably thought this was a legit thing until I was going to college. And couldn’t find cinnamon-flavored sugar. 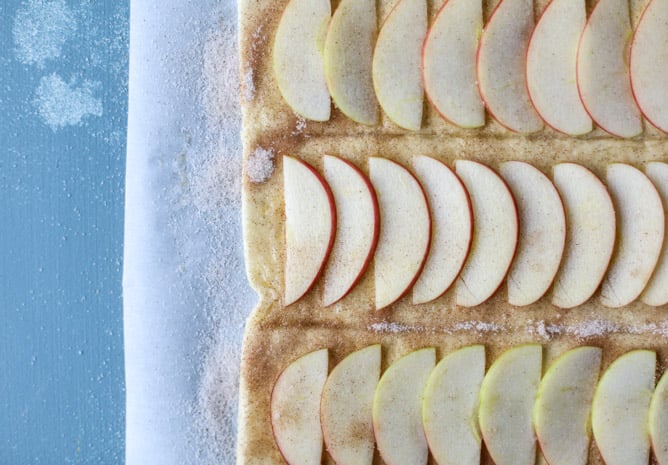 Cinnamon sugar toast still makes an appearance in this house, but it’s only when I’m desperately craving comfort food and I often use coconut oil so I feel better about consuming sugar-coated toast.

Does it taste like heaven? Of course. Does Eddie think it’s ridiculous? Obvious. 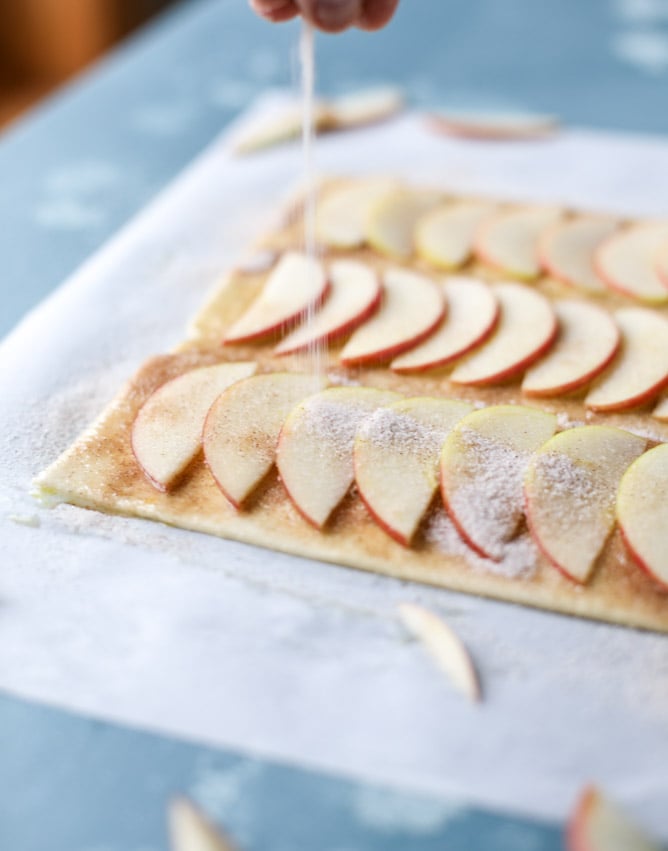 I wanted to mimic that feeling and flavor with the puff pastry and give the whole Thanksgiving apple pie a spin. This is SO super simple but still packed with flavor, so if you’re having a holiday party or cooking the entire Thanksgiving dinner by yourself, you can throw this together in a few minutes and have a delicious dessert. 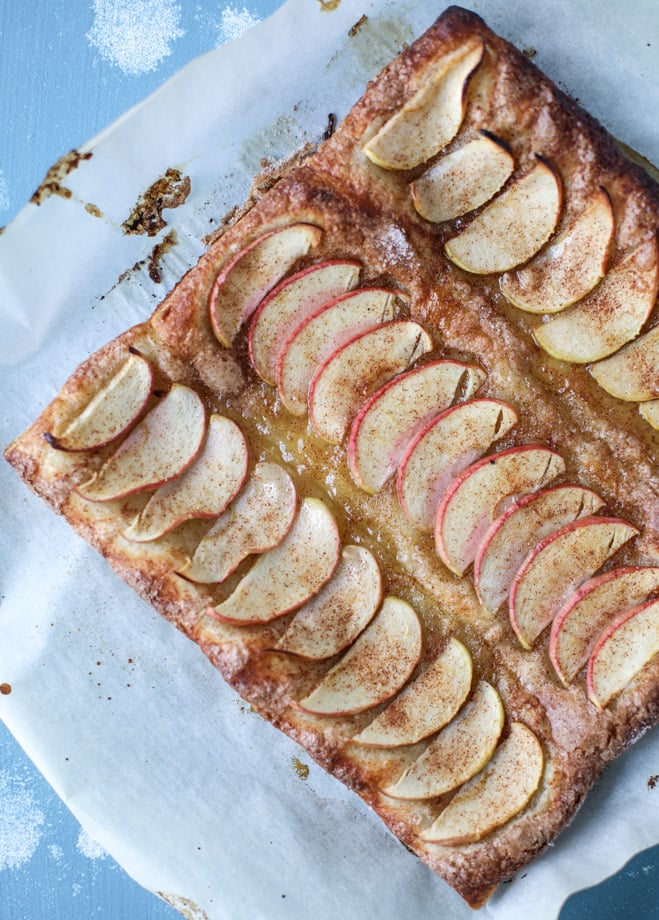 So here’s how this all goes down. Get some store-bought puff pastry! You can make your own if you have the patience of my mom or the time of forever on your hands. Brush it with egg wash and shower it with a cinnamon sugar rainfall. We are talking – a cinnamon sugar microburst. Lots of cinnamon sugar! 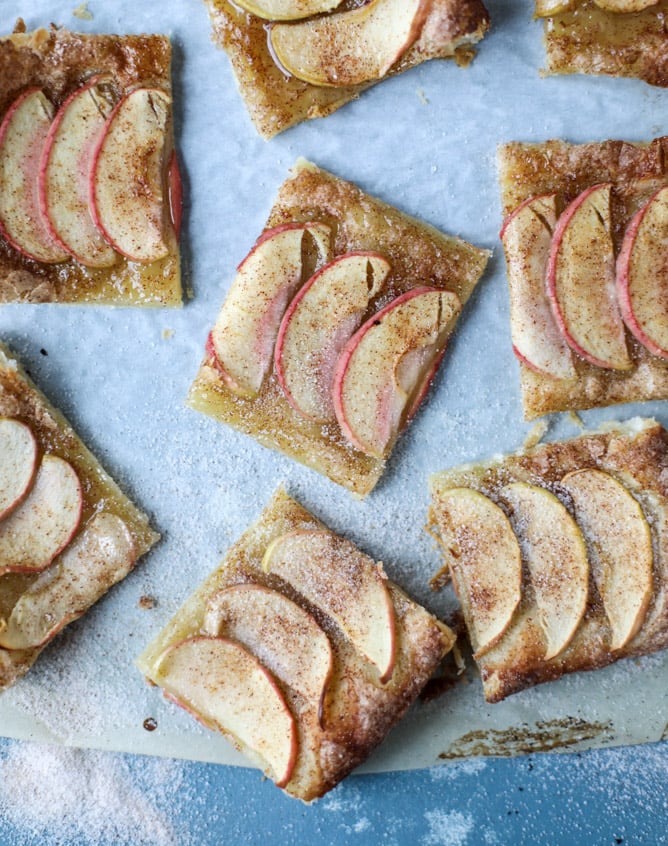 Throw some thinly slices apples on top and maybe, if you’re into it, dust them with cinnamon sugar too. It’s November! You’re allowed.

Bake that baby. Until it’s puffed and golden and crisp with cinnamon sugar. It’s delicately crunchy on the outside, flakey and sweet and almost reminiscent of a perfect cronut. The middle tastes like apple pie, all cinnamony and slightly syrupy and wonderful.

And I wouldn’t complain if you wanted to drench the entire thing in bourbon chai caramel. That’s a thing, really. 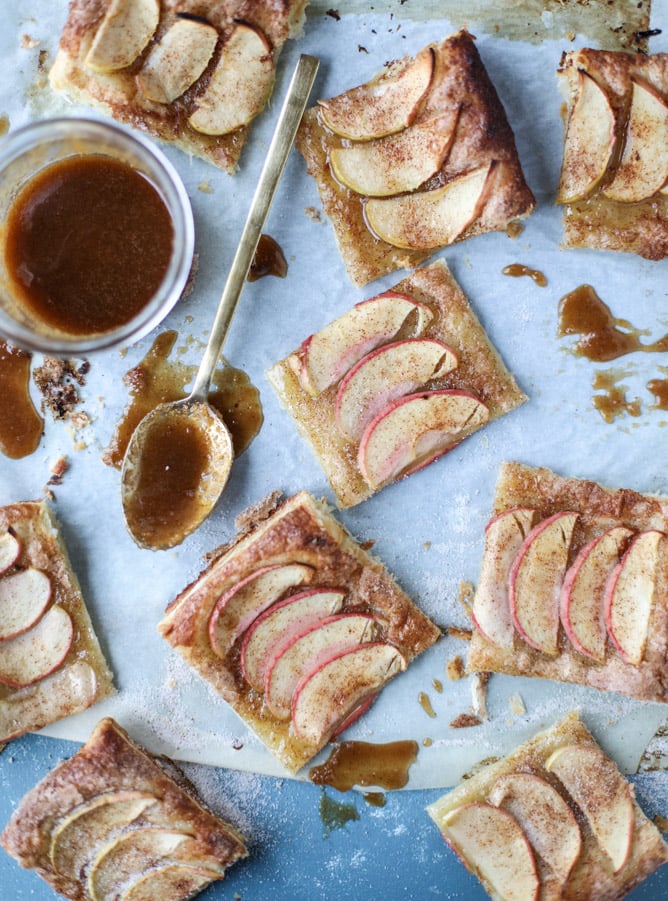 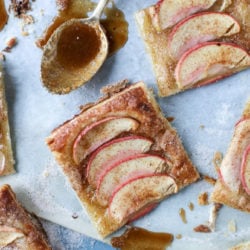 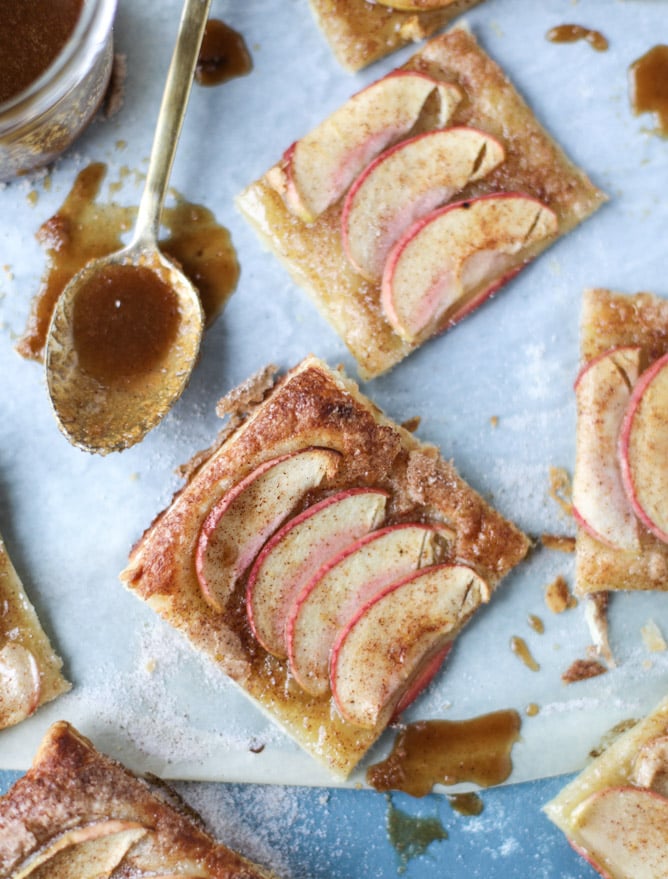