I feel as if you need a wacky appetizer in your life. 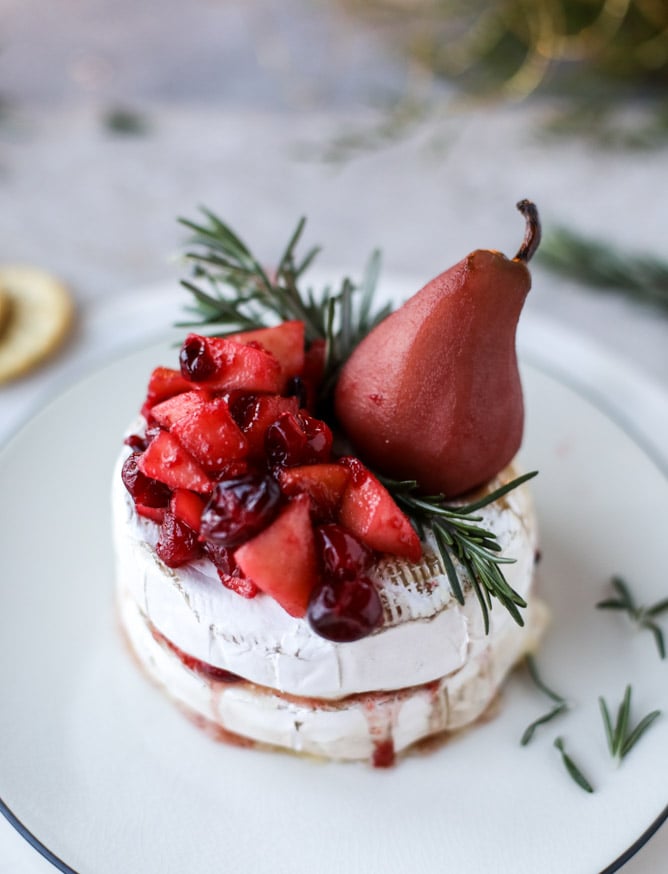 Most times I also just want a super easy, throw-together-on-the-fly appetizer that I can take to holiday parties. I don’t want something fussy, something that is going to take a million steps to prep OR something that is near impossible to transport to a friend’s house. I HEAR YA. 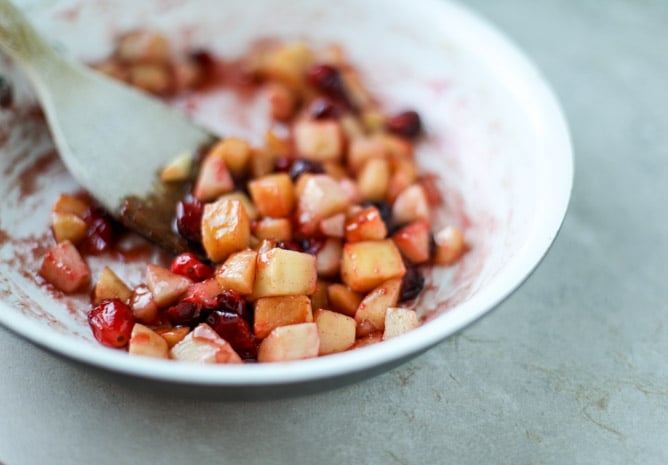 I blame it all on MTV’s My Super Sweet 16. That started the unrealistic expectations in my life and then heck, pinterest came along and it was like WHYYYY don’t I have 20-foot ceilings with neon pink walls and a bright yellow couch and three marbled bathrooms and also, why do I not have a VSCO filter built into my eye lens? I’d like one, please and thank you. This would be the reason that I’m placing a perfectly pinot poached pear (hands up alliteration!) on top of your wheel of brie cheese that is literally going to melt into a slop pile mess the moment you serve it.

And why I actually STUFFED the caramelized fruit into the brie cheese. Double the brie, double the fun.

It’s pretty! It’s Christmas! We all deserve to be a little unrealistic at times. Let’s talk about the fruit. Apples, pears and cranberries swirled with butter and sugar and cinnamon. It’s essentially caramelized fall and winter fruit. Scoop out a very shallow piece of brie so you can stuff the wheels and place them together. It’s up to you where that brie goes but I’m thinking that there’s a bag of pita chips with your name on them.

Once you cut into the brie, there is tonnnns of delicious warm fruit oozing into the cheese. Not only is it completely delish, it’s so super pretty! And it’s hot pink. Winnnnning. 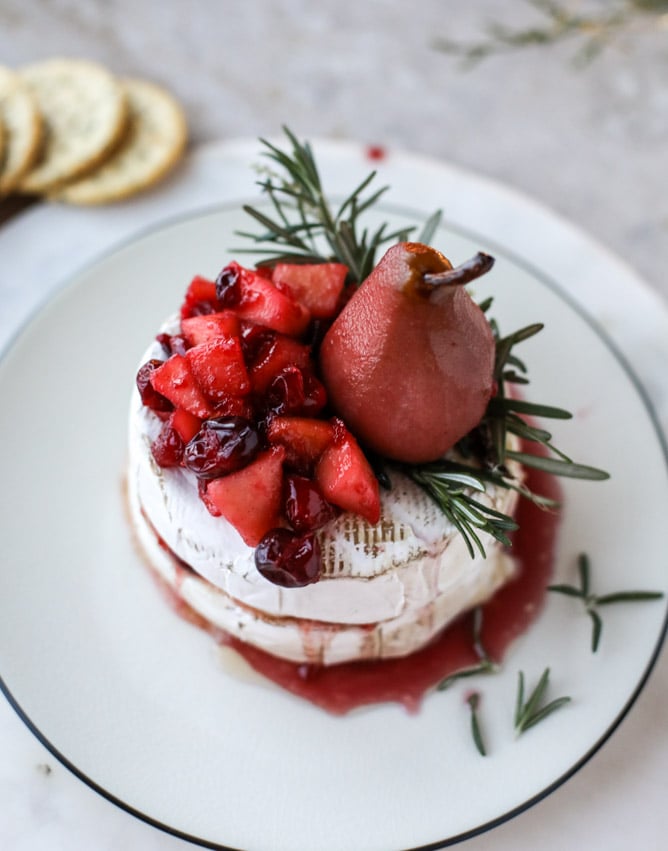 The adorable seckel pear is poached in pinot noir infused with cinnamon sticks. It’s edible, you’ll just need to cut it into pieces.

You can tell everyone that it’s not edible and save the entire thing for yourself. Booze soaked fruit is everything I want on December 20.

The rosemary is just for decoration because, well… pinterest. 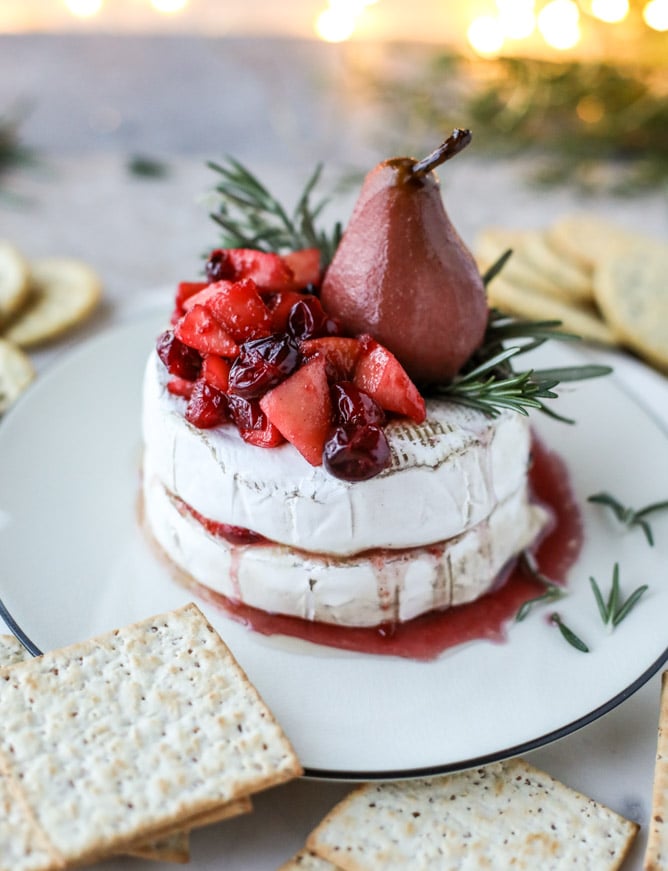 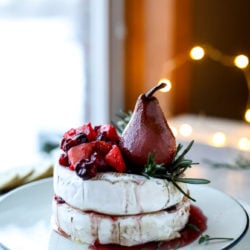 Yield: 4 to 6 (or more if there are lots of apps)
Total Time: 45 mins
Print Recipe Pin Recipe
No ratings yet
Leave a Review » 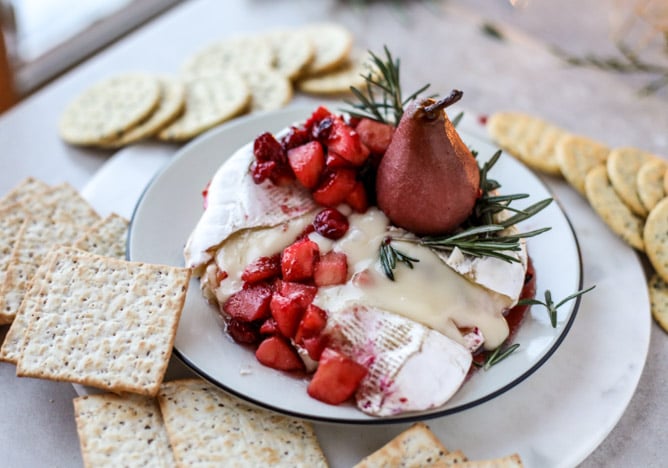