So my thought process is… if it has veggies, it’s meant for Monday. 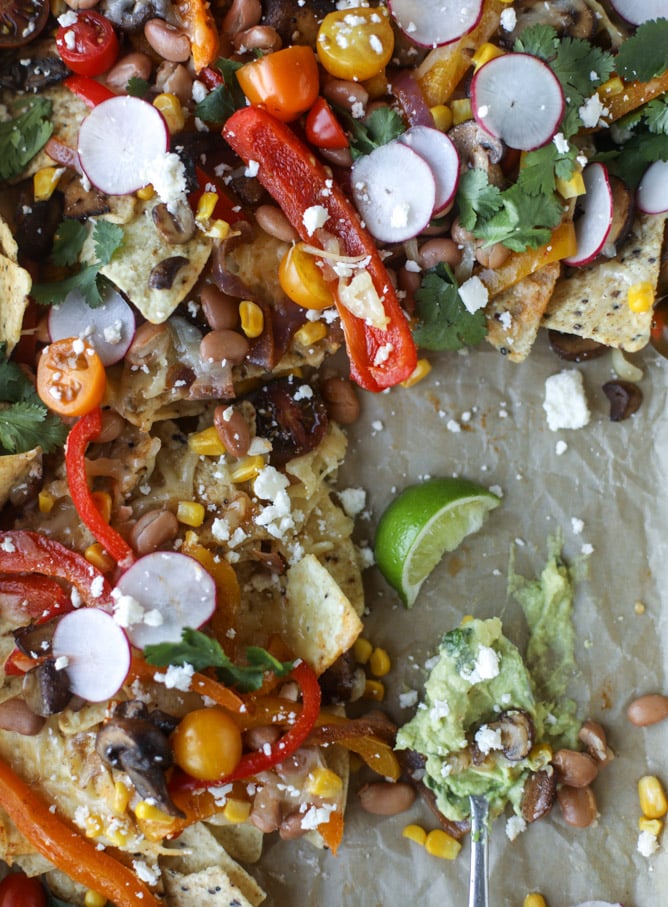 Nachos sound like the perfect meal to kick off the new week. Plus, it sort of ties together that whole margarita Monday thing. This is one way that you will never, ever hear me complain about veggies. I will eat almost anything on a nacho and that’s the truth.

I am a secret nacho fanatic. We don’t have them often because do you want to hear the worst thing ever? Eddie doesn’t care for them. Occasionally, we will order nachos for an appetizer somewhere (maybe, like, once every two years?) but that is the extent of his nacho love. I’ve even tried to make them super meaty before. I’ve loaded on chicken, steak, ground beef and pork and he just won’t ever consider it dinner.

I’m like whyyyyyy. It’s quite depressing since not only are nachos one of the most delicious things on this planet but they are also so… easy. Embarrassingly easy, at that. I don’t even need meat on my nachos. On those rare occasions when we do order nachos, I usually pick around the chicken or beef because I just don’t care about it. I want all the other good stuff, and by “good stuff” I mean that I am particularly drawn to the burnt and bubbly and cheesy and melty and gooey cheese all over the crunchy nacho pieces. That’s the best!

But one thing I do love on nachos are beans. Pinto beans are my favorite, but I won’t throw a tantrum if black beans are on the menu instead. And while I could probably be happy with just the beans and cheese? I really do love some marinated, sautéed peppers and onions. We use these for fajitas all the time (like it is one of our weekly staples… almost EVERY week) and the flavor makes eating regular peppers seem so boring. There is so much flavor here that I’ll even go as far as saying that these nachos are LOADED.

Loaded with veggies. Probably something you never thought you’d hear me say.

Sweet corn is a must also, as are sautéed and marinated mushrooms. So freaking good. There is so much texture on these nachos that you don’t even NEED the chicken. Nope nope nope. And that’s just the stuff that goes on the nachos before they get all hot and melty.

Life is all about toppings, right? I like some paper-thin, crunchy radish slices, tons of cilantro (don’t hate me), some fresh cherry tomatoes and a big handful of queso fresco. Deeeeelish. 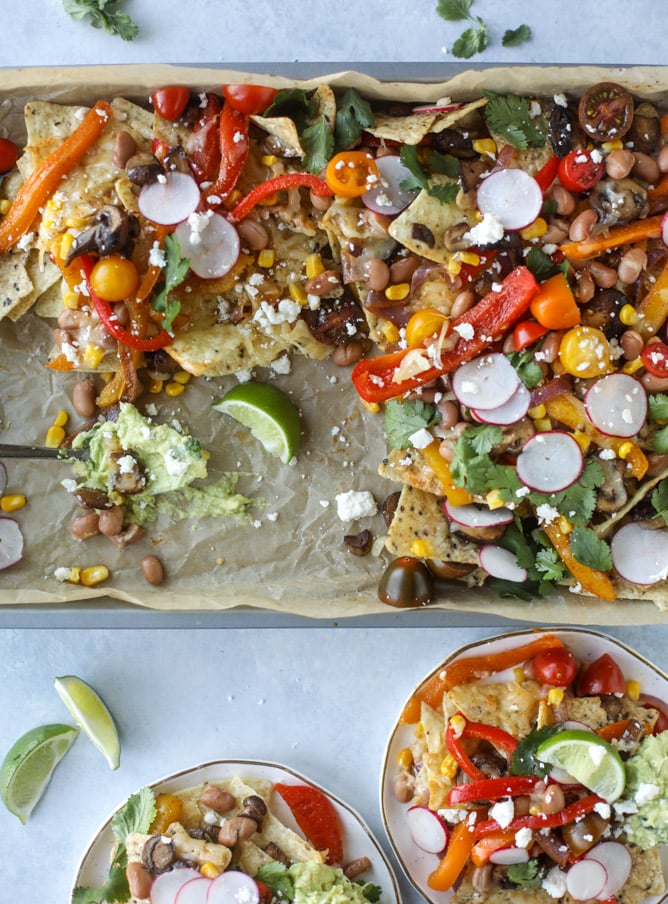 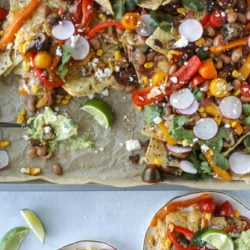