Let’s fill some strawberries with chocolate mousse and roll with it. 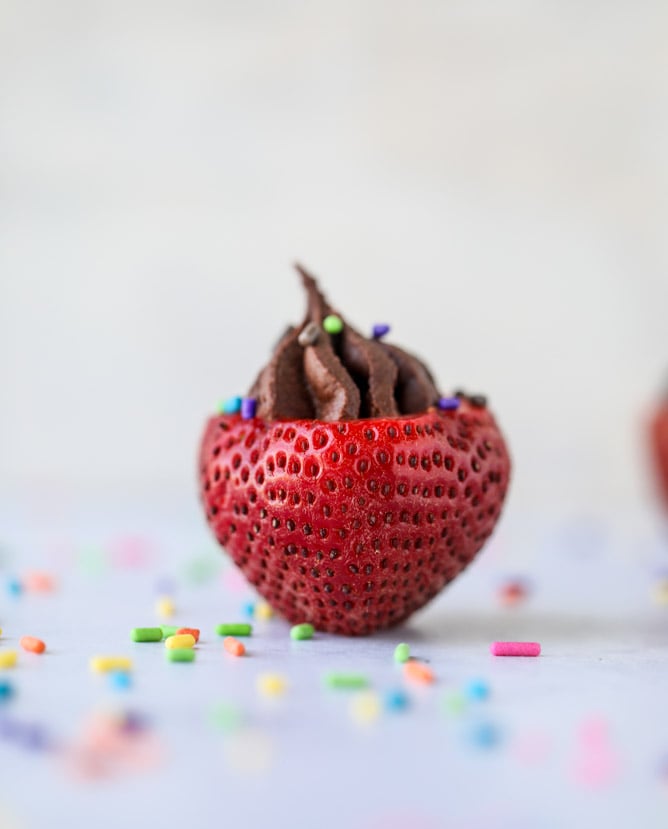 This is so embarrassingly easy that I barely even know how to tell you about it.

But I’m going to!

You might remember last year, I shared a recipe for my s’mores stuffed strawberries. They are actually from my first cookbook and such a simple easy idea, but something slightly fancier than chocolate-covered strawberries… and they are so freaking good. I wanted to make a similar concept for mother’s day, a super simple easy recipe you could throw together the morning of. One that everyone would love but one that barely has any ingredients. One that wouldn’t stress you out! 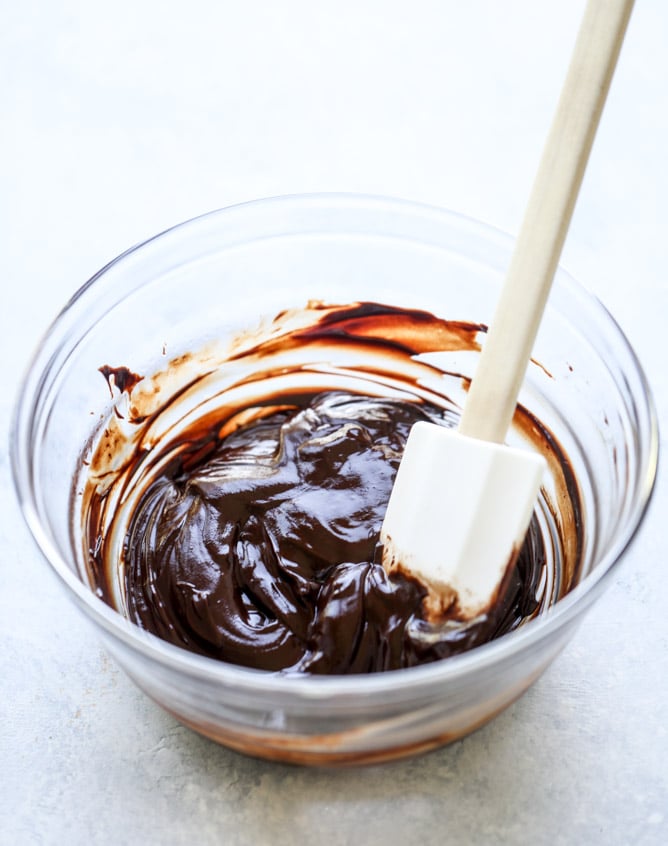 One of my favorite indulgent but classic desserts is this milk chocolate mousse made with coconut whipped cream. I figured I could make the chocolate, mix it with some whipped coconut cream and stuff those berries. And it’s done!

And apparently, if you use vegan chocolate? These are accidentally vegan. Just an accident. Ooops. 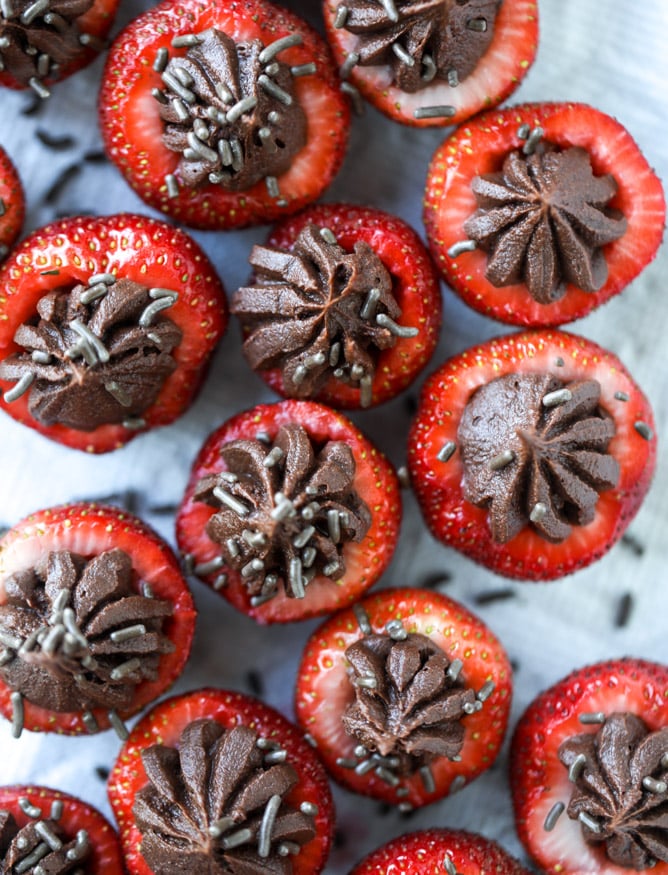 I cut the berries in a weird way so they would stand up, yes, but also so I could get the maximum amount of chocolate inside. This meant that I had to slice a little portion off of the point so the berries would stand, but HELLO. They are still cute. The cutest.

And covered with rainbow sprinkles! Isn’t that a shock.

They just seemed to need… something. Sprinkles it is. I’ve talked for ages about how I had my first chocolate covered strawberry… in a MALL of all places… with my mom. We we’re about to go up an escalator and this was when there were still chocolate and candy counters inside of department stores. There was no one behind the counter, the mall was about to close and there was a platter of chocolate covered strawberries on the counter that reeeeallly looked like samples.

Today I question if it was actually a platter of samples, because no one in their right mind samples chocolate covered strawberries. FOR FREE.

But we each took one and it was, to this day, the best chocolate covered strawberry I’ve ever had. It wasn’t even a real one – it was one of those fully encased in chocolate and filled with strawberry syrup. But wow. It was good. I will seriously never forget that moment. So YES, this is the easiest recipe ever, so get to it! Start it now and keep ‘em in the fridge all weeknight. Best midnight snack too. Better than Oreos. I swear. 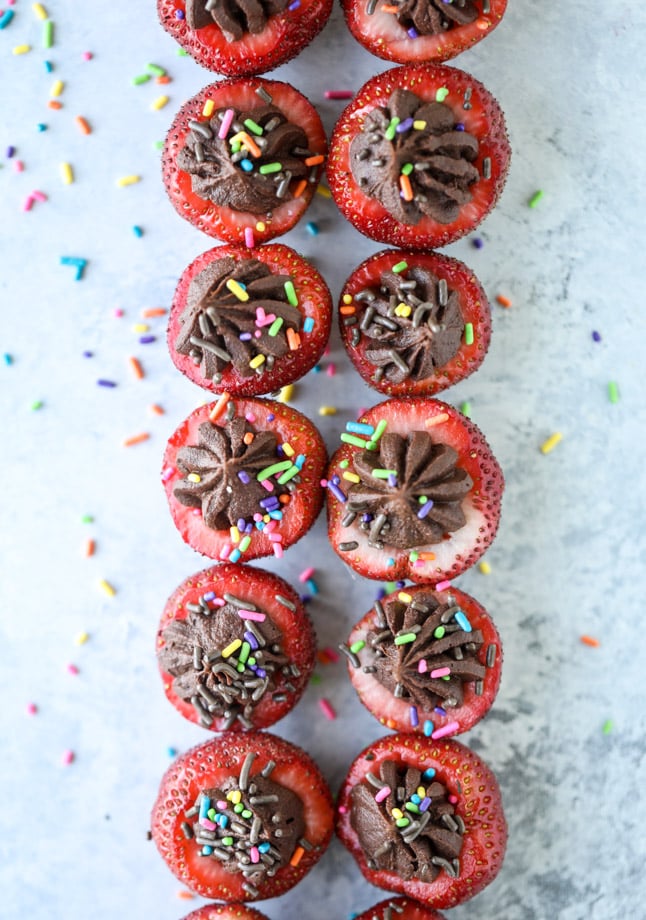 Goes great with wine too! I said so.