Say hello to my new favorite friend on the block: chia jam. 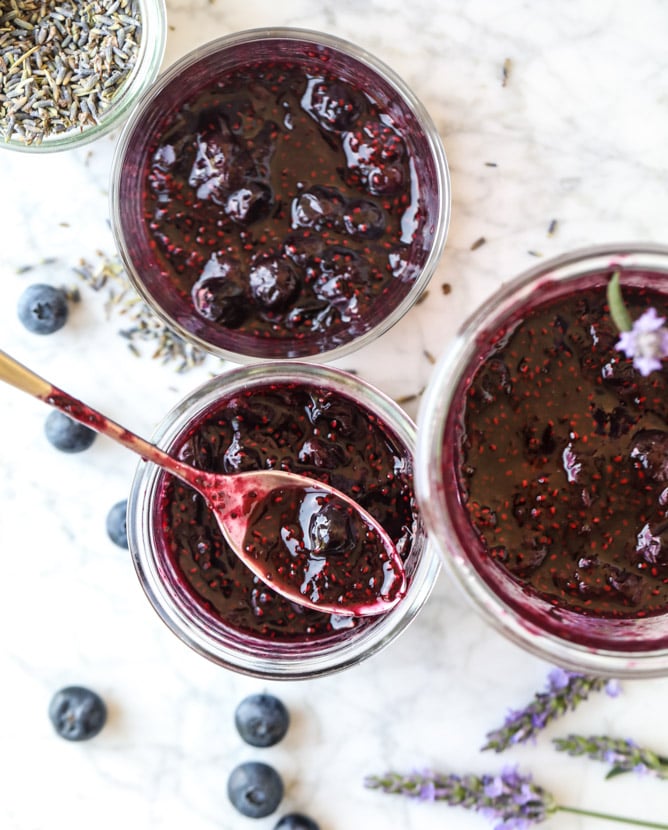 BLUEBERRY LAVENDER whaaaaat?! I can’t even take how much love I have in my heart for this flavor combination. It is out of this world. And guess what? We can make this in a matter of minutes! 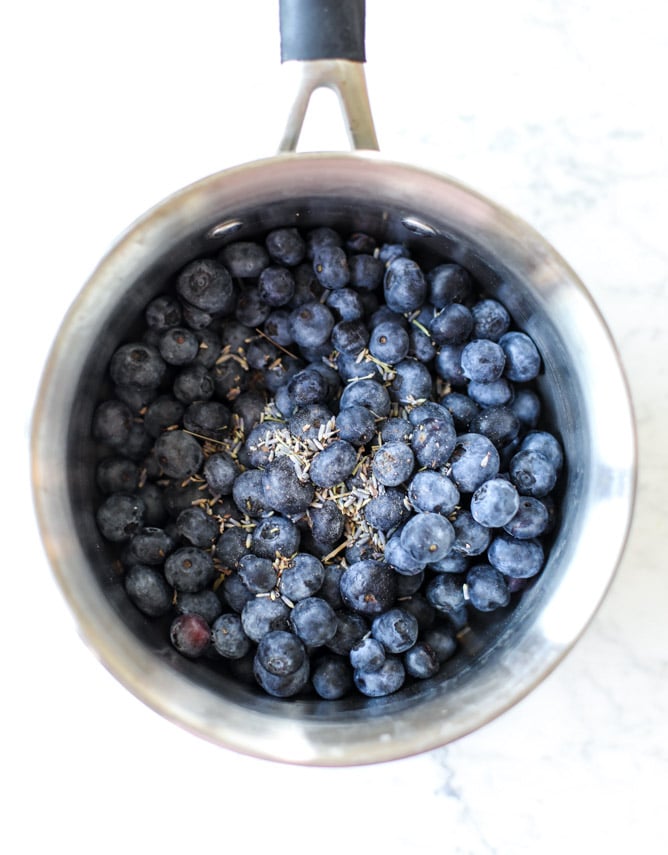 I’ve been on a major fresh lavender kick for the last few months. Like MAJOR.

Earlier this year, even before Mother’s Day, when my mom and I first went to scope out the flower scene to see what we would plant, I found a huge potted lavender plant and instantly bought it. I am ALWAYS looking for fresh lavender and while I plant my own every year, I never have enough!

So this was the year. I bought a giant lavender plant and it sits on its own in a pretty little pot and it is thriving. It’s perfect! And smells like heaven. Somehow I have not killed it yet. Now, the thing is that you don’t need fresh lavender for this recipe. I use dried culinary lavender (I always get mine on amazon after once buying perfumed lavender at whole foods and almost choking to death) and mix it into the jam. It’s super potent so you don’t need a TON, but what’s nice is that you can really control the flavor with how much you add.

I’ll be the first to tell you that lavender is not my favorite scent in the universe, but if it’s mixed with something fruity, vanilla or sweet, I freak over it. I think the smell is reminiscent to an ice cream shoppe. Weird, I know. 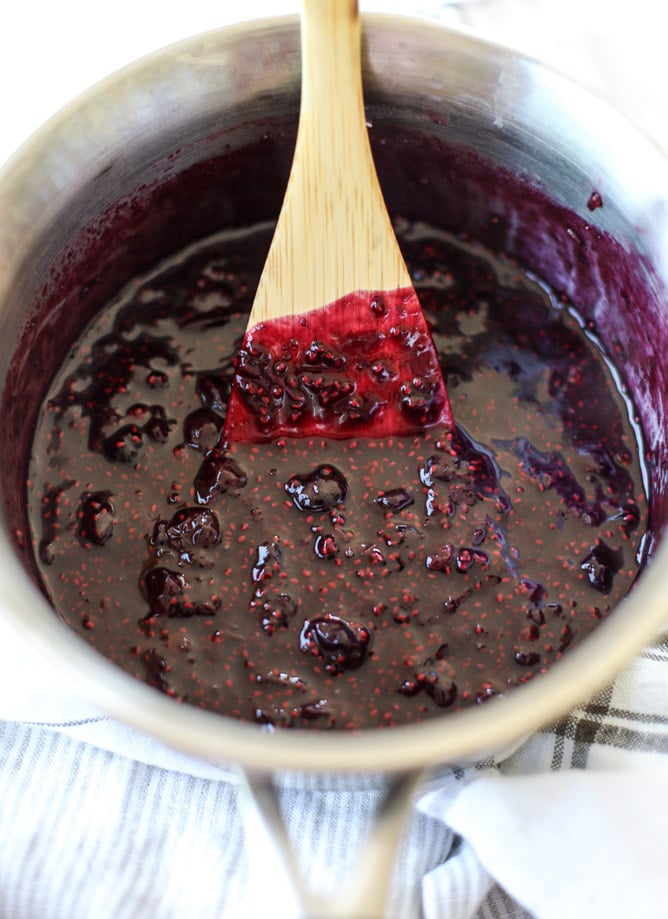 You can blend them in a food processor with a pinch of water, add the lavender and get nearly the same result once the chia goes in. However, I love cooking them on the stovetop because it almost lends a “roasted” flavor to the jam. AND!!

It reminds me so, so much of my favorite preserves from American Spoon (triple berry conserve!) which made me embarrassingly excited.

I also loved that there were bits of bursting blueberries in the jam, while the rest broke down completely. Tasted a lot more complicated than it was to make. 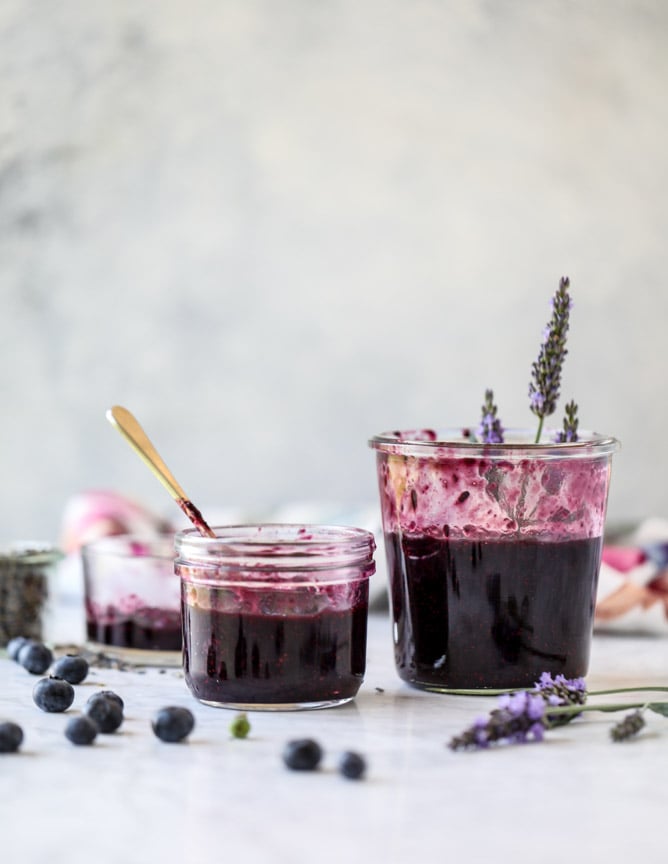 I always say that I want to get into canning but it just seems like such a nightmare to me. I love that some are so passionate about it and I WISH that I was. But.

Boiling jars and stuff – ugh, I can’t imagine doing it right now, so chia jam is my quick way out. I’ve made it multiple times before using all different fruits, stuffed it inside of bars and even used it in cobblers. It’s SO fast and simple. You can basically use it after about 30 minutes, but I have occasionally used it even sooner.

Annnnnd as I mention every single time I use something with chia, I adore the texture of chia. If you’re not into it, I think you can whip this entire mixture in a food processor once it’s thickened. No biggie. 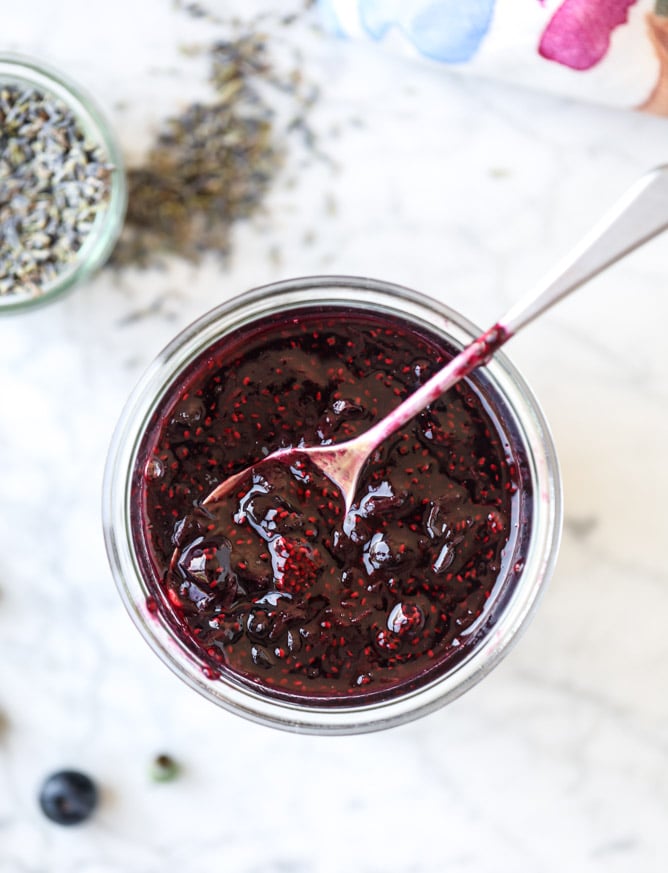 Then. For the grand finale. Once your chia jam is made, slather some toasted sourdough with mascarpone cheese and then a big old spoonful of the jam. 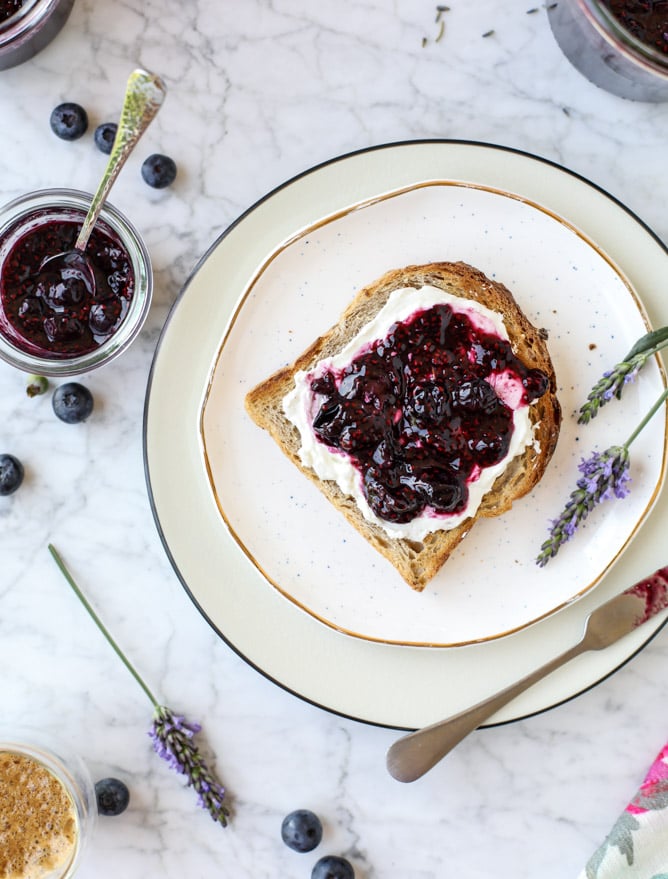 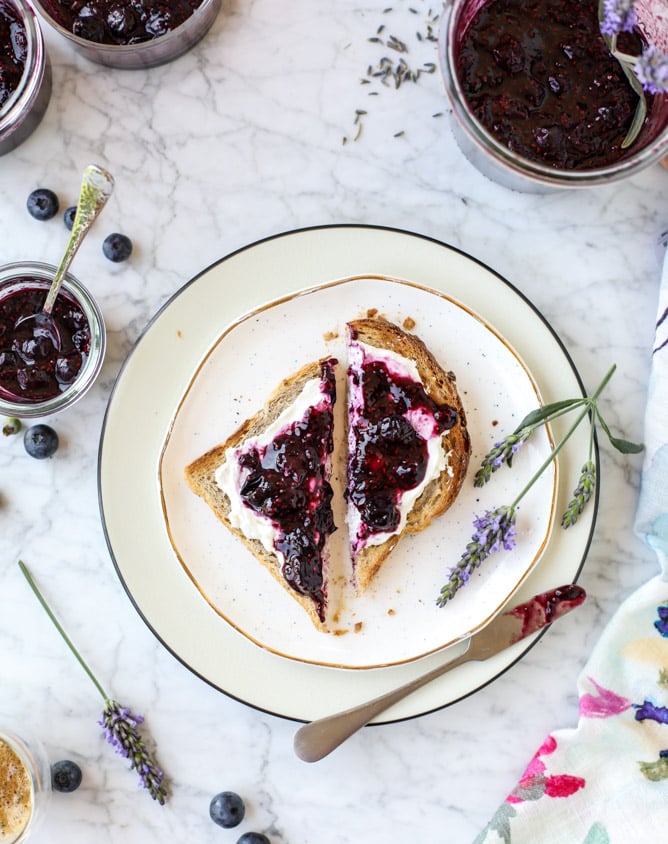 Except maybe chocolate and PB. Together.