I’m on a pull-apart bread rampage! And maybe a pumpkin rampage. And therefore, a pumpkin pull apart bread rampage.

Guys, what is so funny about this is that I could care less about pecans. Pumpkin in sweet dishes is so overdone. But this combo with the bourbon cream icing?

I am just completely over. Done for. Should not exist anymore.

This is one of my favorite things to eat now. Forever! 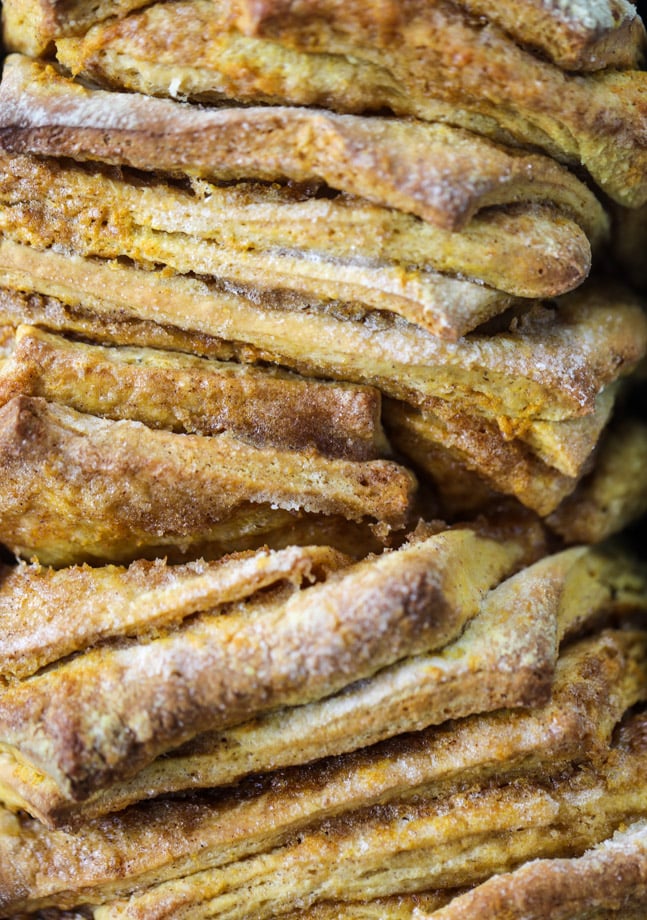 A few weeks ago, when I shared this roasted garlic pull apart bread, I told you that I’d made three breads for the upcoming seasons. I have no idea why pull apart bread is SO good, why it’s so much more satisfying than say, making a quick bread or muffins or something with the same flavor combo. Maybe it’s because you know the work that goes into it so you’re really going to enjoy the heck out of it? This bourbon cream icing. What the heck. I could seriously drink it. I’m completely infatuated.  Not sure there is much else to say about it. 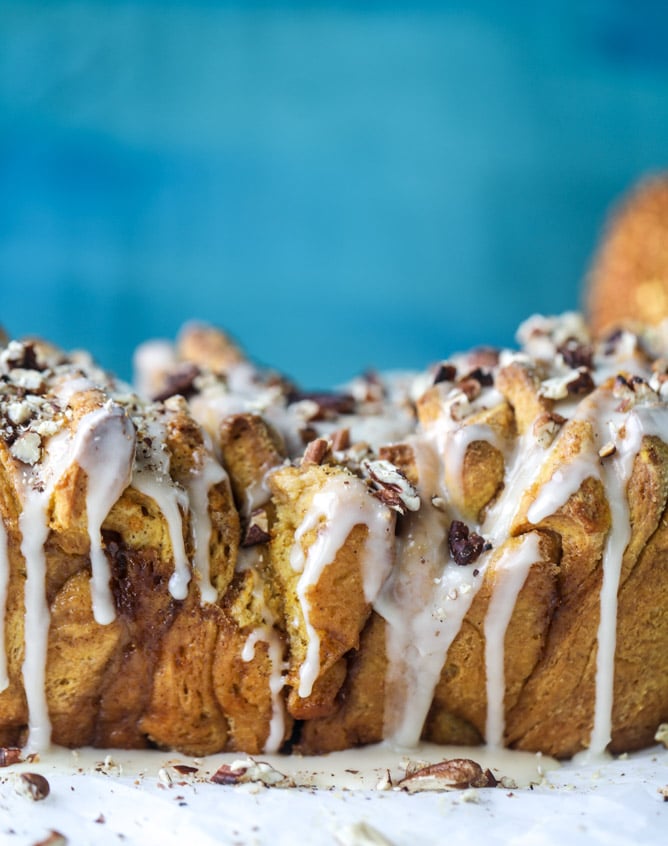 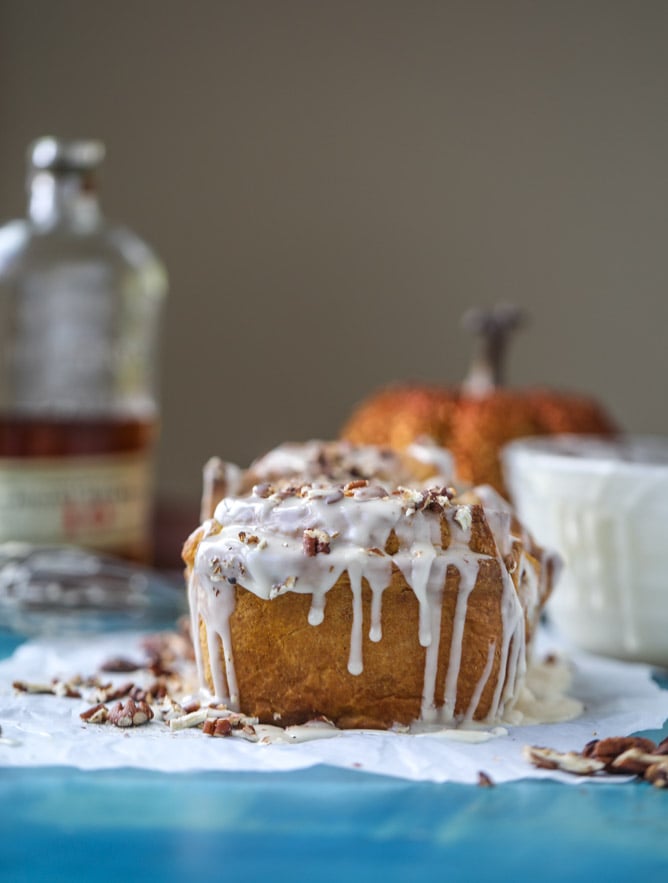 Also! It would probably make a delish holiday breakfast, but I have a major question for you. Do you guys eat big, huge holiday breakfasts?! In our family, dinners have always reigned supreme. Like Thanksgiving dinner, Christmas Eve dinner, Chrstmas Day dinner. It’s when all those spectacular, traditional dishes that we look forward to all year get to shine.

And at the same time, I hear SO often that a lot of you guys have Thanksgiving morning brunches or Christmas morning brunches and it sounds like it’s in addition to the dinners! I just can’t imagine these two huge meals on those days. What are your thoughts? Because secretly, I’d love to do both. But I’d be afraid that when the dinner rolled around, no one would have any room to eat! And I mean, dessert? Heck, would it even be worth it? With this bread though, it might not be a problem. I mean, I’m pretty sure I’d always have room for this loaf of deliciousness. 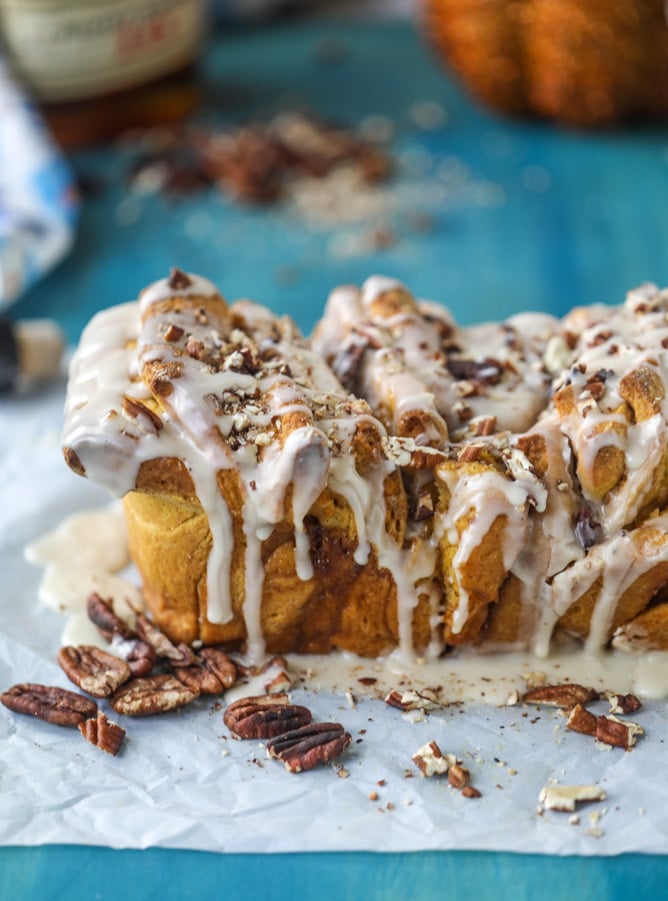 Now these flavors could be my last meal.