I mean, just when you thought that apple cider donuts were the best fall treat… we have to go and do apple cider funnel cakes. Okay, so last year I shared the salted apple fritters. They are insane in the best way possible. And while I absolutely loathe frying anything these days, and very rarely do, when I made the apple fritters for instagram stories, I decided to make funnel cakes too!

This is a great way to repurpose some of that oil with the same flavor idea before tossing it. We’re home. These are fun. Everyone loves them. Also! Let me tell you my funnel cake hack. If you loathe frying like I do and the last thing you want to do is fill a pot with oil and then heat it to excruciating temps… here’s the secret.

If you do it this way, you can use a skillet and just an inch or so of oil instead of an entire pot. Then you have a few little funnel cakes to go around (heck, just take them to your neighbor if you have extras) and not as big of a mess. 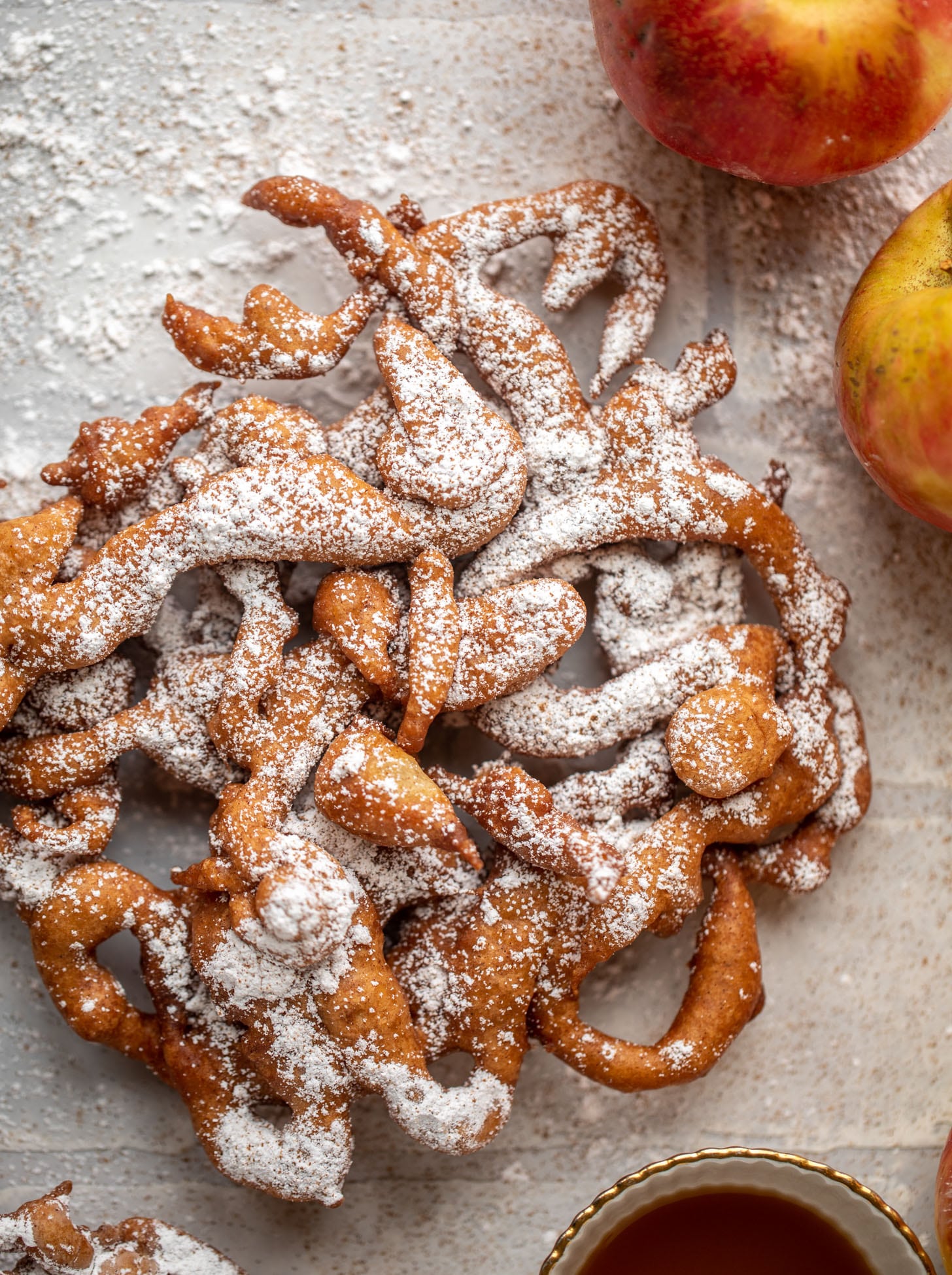 Most of our favorite fall festivals this year are completely canceled. It is such a bummer, and if you follow along on crumbs, then you know that starting in September we basically do a new pumpkin patch every weekend. Fall festival time is easily our favorite as a family, and that includes the apple cider treats that come with it.

I love apple cider waaaaay more than I love pumpkin. The spices and fresh apple flavor easily beat out the big orange squash. So I will make as many things apple cider-flavored as I can. Woohoo!

And you all get to benefit too.

The funnel cakes are super easy. I use one of these bottles to swirl the batter, but you can use an actual funnel too. These are warm and fluffy and sprinkled with cinnamon powdered sugar that takes it right over the top. SO comforting and fall like. They are obviously an indulgent treat, and I don’t think you’re going to make apple cider funnel cakes more than once this season, so I say ENJOY IT. Live it up. See, this is how we make our own fall festival.