Ahh…the pictures you have all been waiting soo long for.

I apologize for taking so long to upload them – however, they make me physically ill.

For those of you that somehow may not know, Mr. How Sweet and his friends decided it would be fun to grow moustache’s a few weeks ago. Thank goodness Mr. How Sweet caved after a week.

Granted, I was not feeding him. His hot, delicious meals were no longer on the table when he got home each evening. However, I don’t think that was a dealbreaker.

Even he realized that he looked like a cross between a crusty 1970’s redneck and a dirty, 1980’s adult film star.

This is an idea of how Mr. How Sweet normally looks. Well, when we are out in public, that is.

At home, he resigns to lounging around, eating, and doing chores in his shorts alone. His peaches and cream skin can rival any character of Twilight or True Blood.

I shouldn’t be talking though, since my skin is so pasty it is practically translucent.

Someday we will have pale, freckled, red-headed ginger kids. If that isn’t a recipe for bullying, I don’t know what is.

If you don’t mind, I’m going to enter counseling now.

Mr. How Sweet’s moustache grossed me out beyond belief. He looked…old. And crusty. And like someone I didn’t even know. And with the way Mr. How Sweet eats, I was just waiting for some crumbs to be stuck in that ‘stache.

Gag me with a spoon.

So are you ready?

And you might want to have a bucket near by in case this induces vomiting.

This is what Mr. How Sweet looked like with the ‘stache . . . 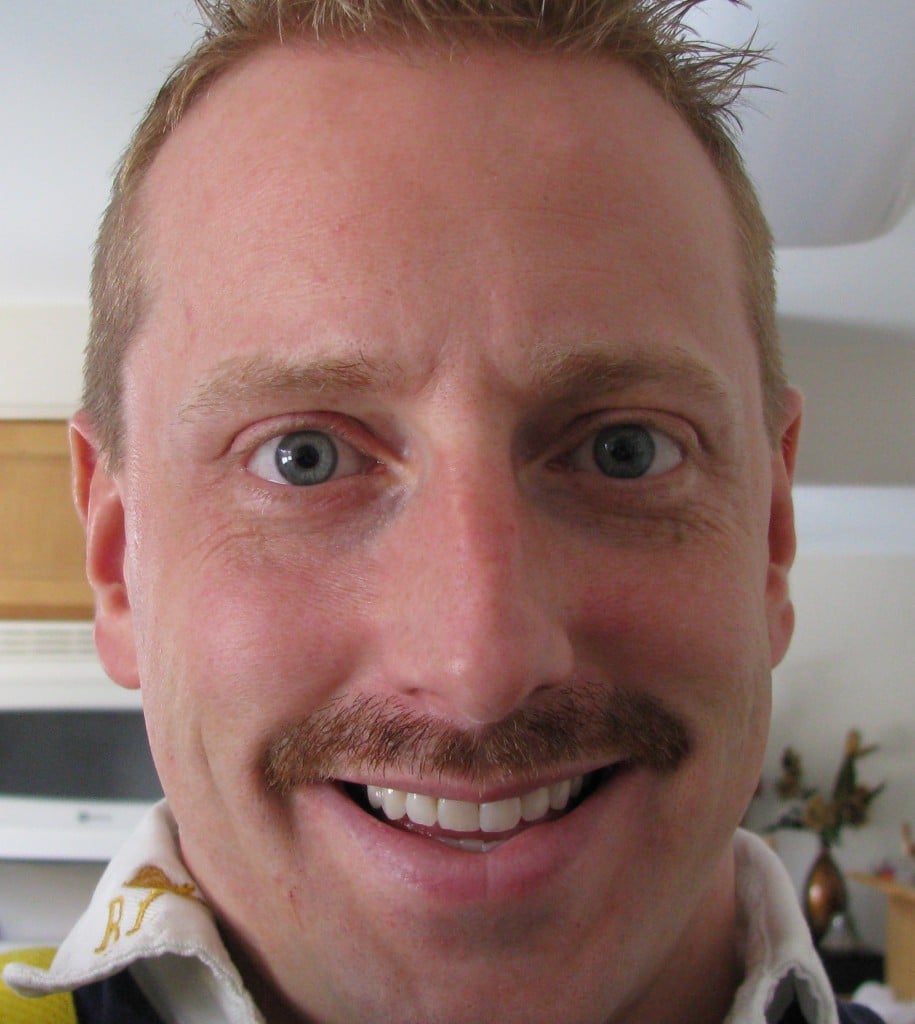 You don’t need to say it.

Last Friday when I arrived home, not only did he have a smooth face, he also had a bag of Godiva truffles. He knew he owed me bigtime.

Thank goodness this phase is over.

60 Comments on “The Great Moustache Debate.”