As I stood over the stove this past weekend stirring a pot of creamy baked potato soup, I pondered brownies.

I was craving them. 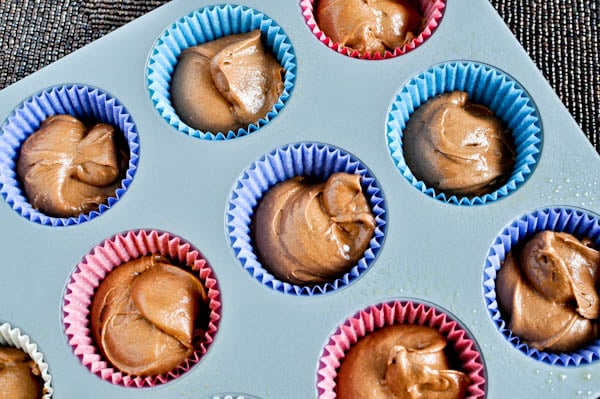 You know the ones… so intense that the only cure is a dense brownie that hurts your teeth or a slice of cheesecake so rich that it takes 30 full minutes to eat.

That’s what my Saturday night was about. It was so wild. Wait until you hear about Sunday! And I knew I couldn’t go wrong with this recipe when I’d have so many utensils to lick. Do you know what these brownies don’t lack?

Two whole cups of sugar, that is. There is more sugar than flour in these brownies. And they have a crackled, crunchy top. The texture is perfect.

But don’t let that fool you. Inside is a fudgey, chewy brownie bursting with chocolate flavor and gooey chocolate chips. 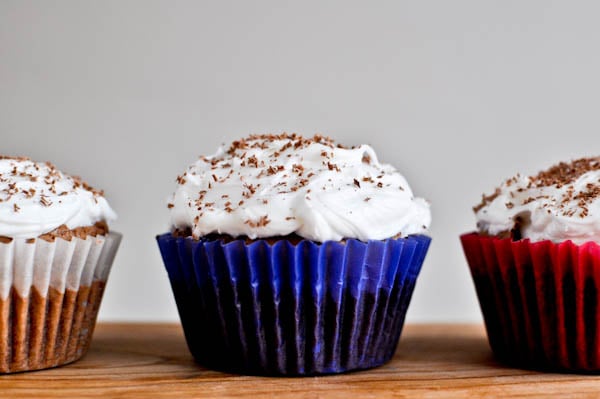 I know there are people out there who find some desserts to be too rich, and well, I must say that I… have no idea what you’re talking about.

But in case that happens with these brownies, top them with some fluffy white frosting to cut the sweetness. If you do that, you have to promise me that you will top the frosting with more shaved chocolate. Because what goes better with chocolate, butter and sugar than more chocolate? I’ve decided that I like brownies in cupcake form more than squares. They are larger and taller and while that may not seem like a big deal, it means a lot when it comes to chewy, gooey, chocolaty brownies.

And this also means that they are perfectly portioned for those of us that lack self control around chocolate. But that’s not me. No way. I didn’t need to hide these in the back of the freezer so I’d stop eating them, strategically placing them behind 4-year old bags of frozen broccoli. Why would I need to do that? Yield: 12 to 14 cupcakes
Print Recipe
No ratings yet
Leave a Review » For the record, frozen brownie cupcakes are delicious too. And the broccoli has freezer burn.