One of my fondest memories as a child is eating toast with butter and cinnamon sugar at my grandparents house. 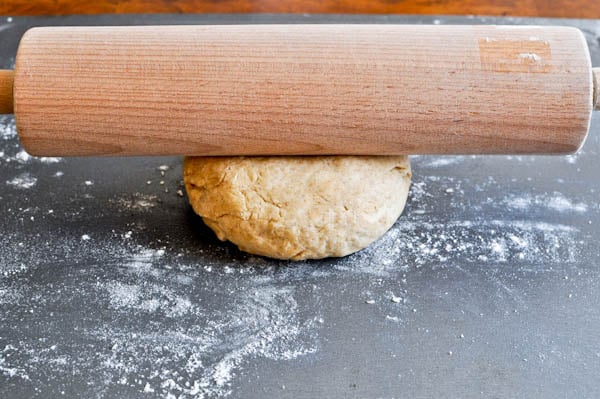 It forever solidified my adoration for all things cinnamon sugar. My grandma even had this fun little cinnamon sugar shaker that we loved to use. It looks like a little man… and now that sounds creepy.

These days, I’m satisfied with cinnamon sugar in a bowl. 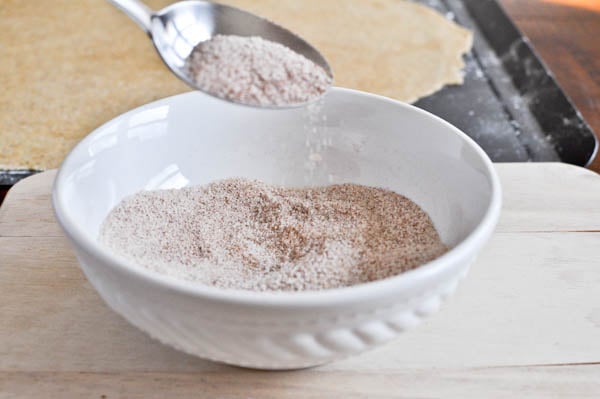 Ever since I made easy, cheesy whole wheat crackers a few months ago, I’ve been anxious to try some other versions. Next came everything flatbreads which are some of my favorites. But I thought it was time to sweeten things up a bit.

You know, since I haven’t done that in a while. Plus, these are just too easy! You can make them from start to finish in 20 minutes and they make an excellent snack. You can eat them in less than 20 minutes too.

And you can make little square crackers or longer flatbreads. I’m all about the flatbreads. They are a perfect vehicle for more deliciousness. I obviously had to add some “butter” to my crackers, after discovering that I’m the only one on Earth who found that strange. Mother Lovett would be proud, but is probably scolding me from up above that it’s not actual butter. I made a big batch of these last weekend and we had them to snack on all week. Topped with peanut butter and bananas, or jelly, or cream cheese, or fruit salsa, or even a little slice of cheese. You know I love my sweet and salty.

And I should mention that I don’t do “little” slices of cheese. 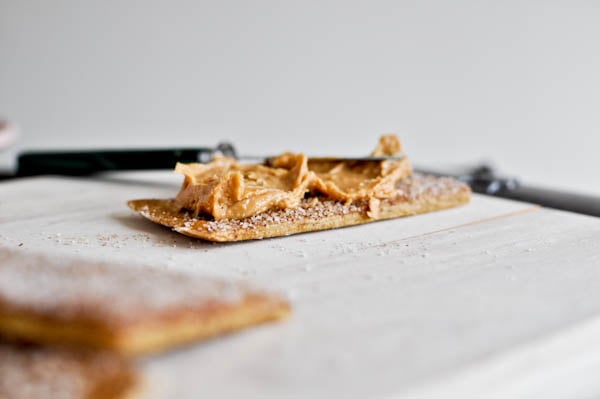 Combine flours, baking soda, salt and cinnamon in a bowl and mix well. Add water and olive oil and mix until a dough forms, using your hands at the end. Form it into a bowl.

Dust a baking sheet with flour and roll the dough as thin as you can with a rolling pin. Sprinkle cinnamon sugar mixture all over top and cut with a pizza slicer into small or large crackers. Bake for 10 minutes, or until golden and crisp. Let cool completely. I’m thinking I should have topped the peanut butter one with bacon. Next time!