Thisssss is what we call a copout. 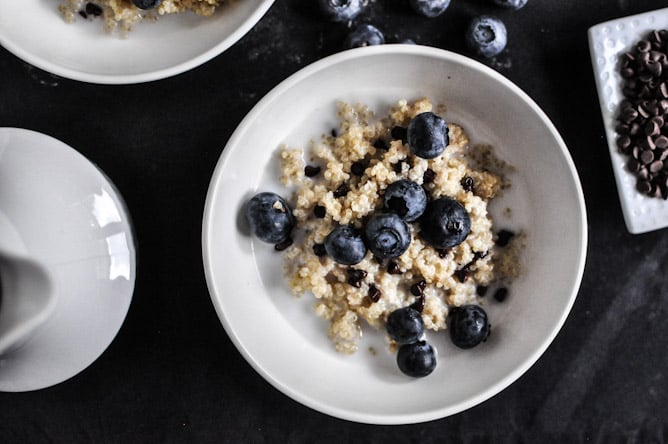 It’s incredibly similar to my favorite “normal” breakfast quinoa that I only recently shared, but this… has chocolate. Which in itself deserves it’s own post, of course.

Because look at those cute little chocolate chips getting’ all melty in that bowl! Oh oh oh AND I did toast the quinoa first in coconut oil, which is a new thing I’m doing and totally loving. And this one time, I also swirled in some roasted blueberries that I had leftover from, um… margaritas. I’m just glad I repurposed them.

But I love it both ways: fresh blueberries for a burst and roasted for more flavor. I just can’t decide. This whole breakfast is sort of an ode to my favorite breakfast as a kid, which was Quaker instant oatmeal. You know, the kind in that package? But I had to have two packages instead of one, and it had to be cooked in milk instead of water. And it had to be the PERFECT consistency, or else I would start all over. My favorite flavor was peaches and cream, but honestly? My actual favorite flavor was strawberries and cream, you could just never find it back then. It would randomly pop up in a variety pack and the rest of the choices would be horrific. But peaches and cream was always available, so I went with that.

I even ate those suckers dry. Yes, I totally ate dry packets of instant oatmeal. Which was like, instant oats and sugar and dehydrated fruit which I’m pretty sure were just apples with fake peach flavoring on them. So so so good though.

And sometimes? I still buy it. I buy it as a treat and eat it on the weekends, or on days when I’m feeling particularly nostalgic for childhood or home. And when I say home, I mean home that’s still only ten minutes away. But whatevs. 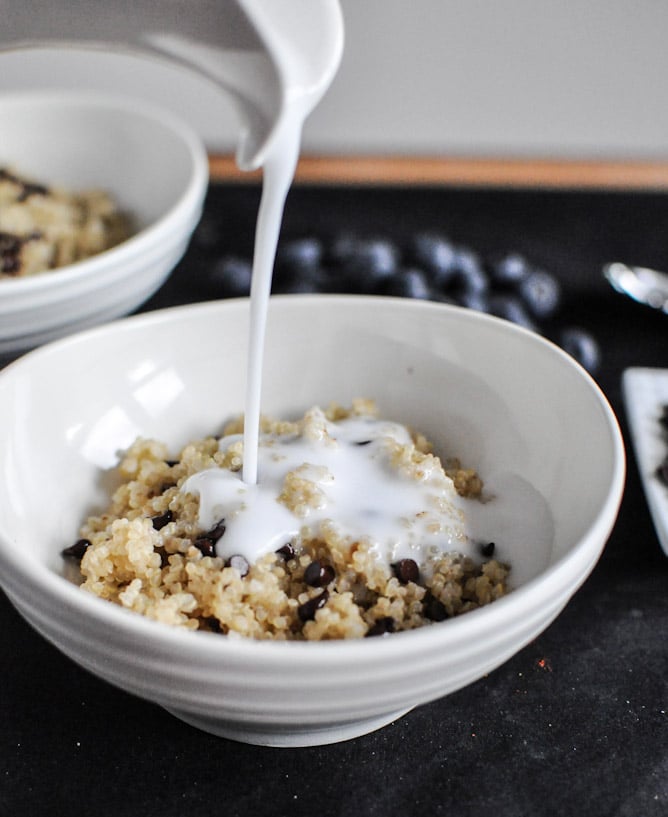 As I was walking through the cereal aisle the other day, I noticed the completely crazy range of flavors that oatmeal comes in now. If I had those choices? I’d go nutso. Like lose my fahreaking mind as a tween. Right there on the shelf sat chocolate chip instant oat packets… and I was sort of torn. I mean peaches and cream and strawberries and cream are one thing, but chocolate chips? I can just add my own. And saturate them in coconut milk. 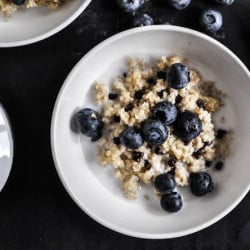 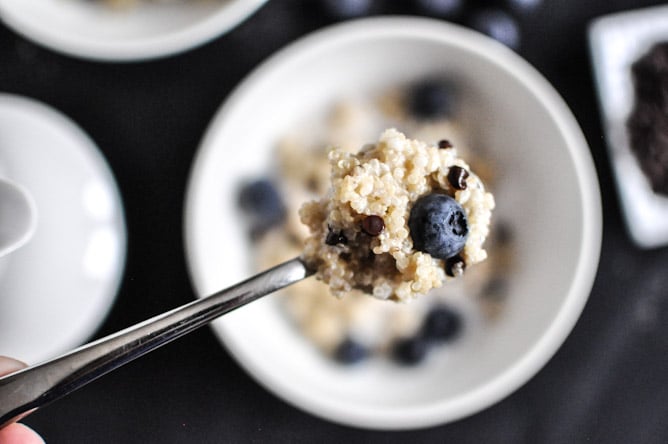