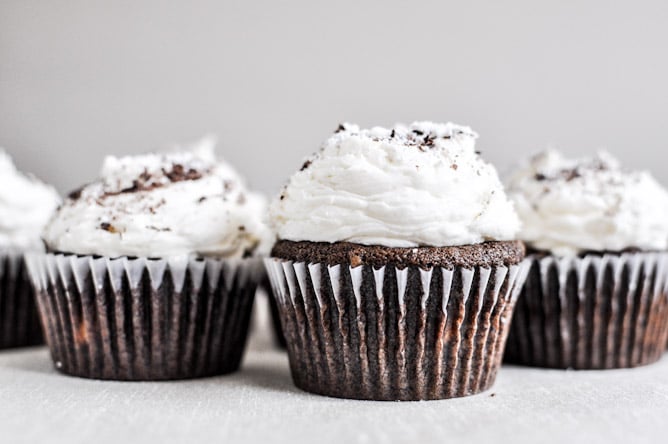 You know how I usually bake you cupcakes, and then take pictures of them? And then one of those pictures usually has a big, fat hunk taken out of it from when I took a giant bite? Because, um… I made these cupcakes… and then I ate two. Like immediately ate two. As in couldn’t-keep-my-paws-off ate two. But the thing is that I didn’t make them for myself to eat. I made them to take to dinner at my parents’ house, to give to my brother who specifically asked for a “treat.”

And I lack all self control, and had to inhale two cupcakes the minute they came out of the oven. Just because. I’m a hot messssss. So when it came to taking a bite for pictures? Uhhh… I just couldn’t go with NINE cupcakes. I mean I was already giving him ten, two less than I should have. And nine is just… embarrassing. Just who do you think I am? But since I ate two of the cupcakes (did I mention immediately?), I am more than qualified to talk about how fantastic they are.

So the lack of self control must run in the family of something. I dunno. 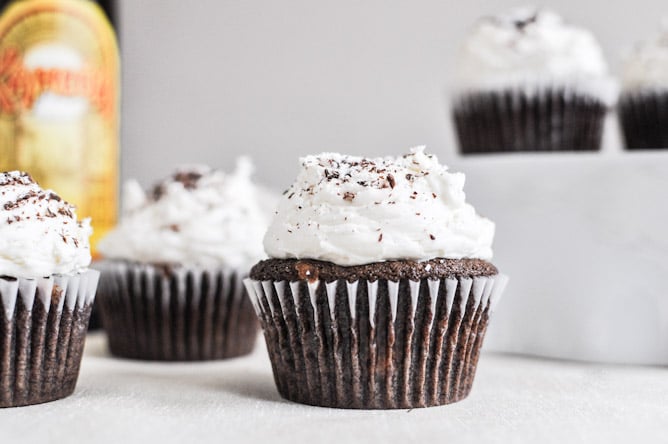