I think we can agree that 2012 was the year I became infatuated with no-bake cheesecakes in cute little jars. 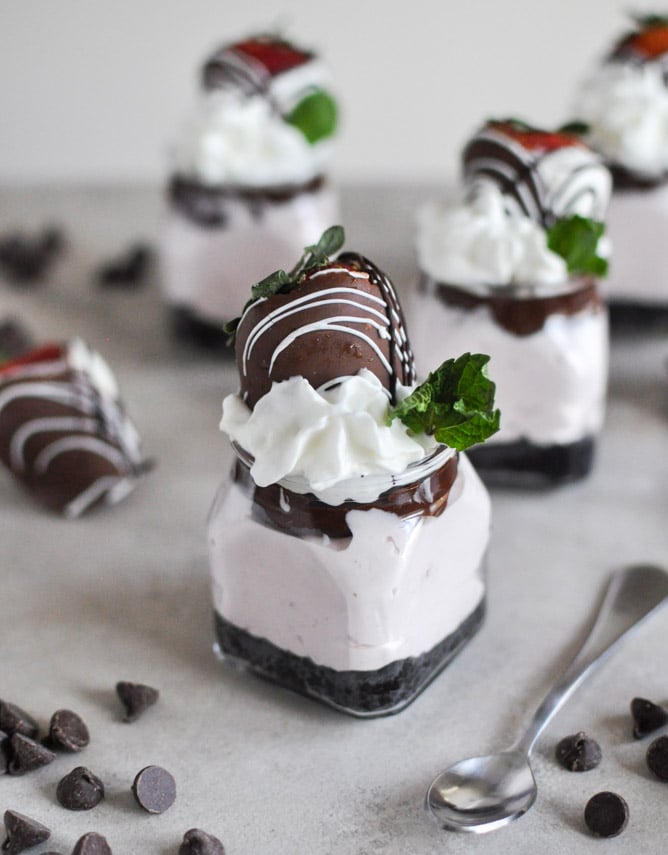 I guess things could be worse. Seriously though, it is definitely one of my oldest food memories. It is probably one of my first food memories too. The best part was that I was hesitant about eating this strawberry. It freaked me out and took a lot of convincing on my mom’s part, and all the while she looked at me like I had four heads because I wasn’t straight up devouring it. When I did finally bite into it, it might have been the best thing I had ever tasted. Because… I can STILL taste it. The memory is so wildly vivid and ignited a life long fascination with chocolate covered strawberries.

I’m well aware that I’ve practically done a disservice to these berries – trashing them up like I do with most foods that are perfect in their pure form. These specific berries were sent to me from Harry and David and when they arrived on my doorstep, I was absolutely giddy. No, really. I like totally lost it. They were so incredibly perfect as they were, but in true Jessica form I had to go the extra mile. I obviously did my fair share of damage on the contents of the box, but it also sparked this idea for more no bake cheesecakes which just clearly had to be topped with a strawberry too.

Not gonna lie… I think the box of berries is the best gift ever and am making it happen for multiple people in my life.

And I think the cheesecakes are so totally festive. You could make one big cheesecake and cover it in the strawberries.

And they are almost too cute to eat.

Almost. Duh. I’m not that crazy. 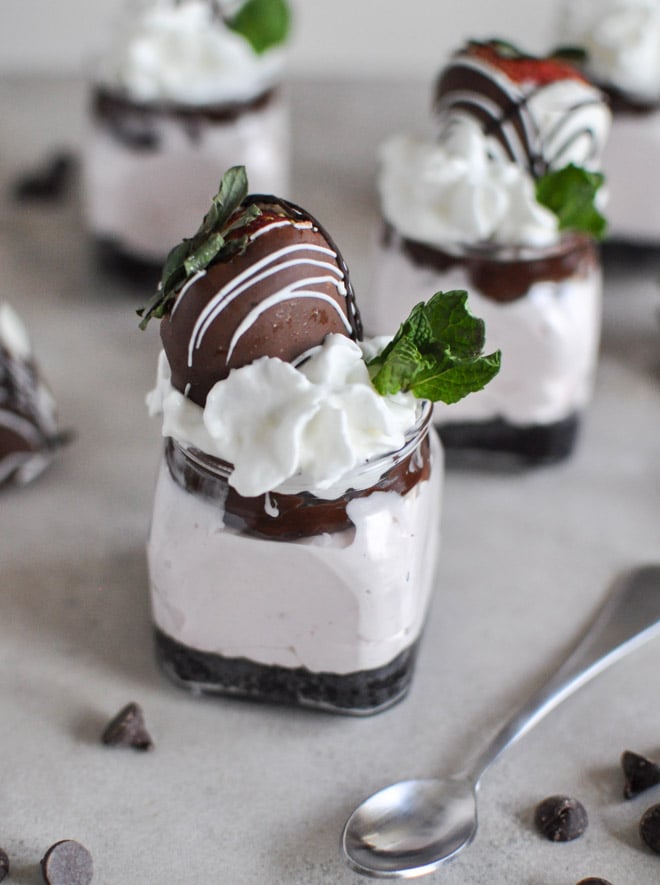 And now I want this for breakfast.