I wish I could show you more pictures of this dip. BUT. We ate it. 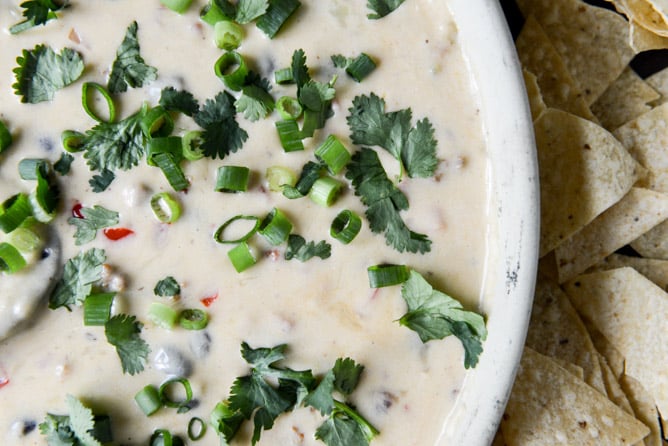 It surprisingly wasn’t a one day process. I made it and we ate it that afternoon (we, meaning only two of us and a little bit of my husband but not enough to make a dent) with nearly an entire bag of chips. So adultlike.

It was fabulous. What a story. Then last night (after a big walk… like, exercise) … we did it again.

Reheated it with extra beer. But apparently this was needed because… are you even serious Grey’s Anatomy?

91 Comments on “Spicy Beer Queso with Chorizo and Black Beans.”