You know my stance on peaches. I firmly believe that you really only get ONE good peach per year. Of course there is a margin of error, which means that you may be the lucky person to get two or three *good* peaches.

Or you could be like me… the one who has not had her good peach yet.

You know what I mean by “good peach,” right? If you’re a fruit fanatic like myself, you HAVE to know. Sometimes a peach is so perfectly ripe and juicy that you just can’t even stand it. Like there are no other words to describe how fantastic the peach is.

Since I’m already perturbed at my lack of juicy, fabulous peaching this year, it did not help to hear two people in my life in the last week tell me about how they just ate “the best peach ever.” No. Not fair. Because I totally understand what they mean and I’m insanely jealous. So I decided to make my own *good* peaches in the meantime. I’m a little bit of a peach purist, which is surprising considering how much I trash up most dishes. It’s just that we only get those peaches that are worth it for a few weeks and I want to really make them worth it. Oh, except last year I did make these bacon rosemary sugar roasted peaches. Oopmh. Those were insane.

But most times, I want to keep my peaches simple. I’ve just always been fascinated. And it hasn’t changed. 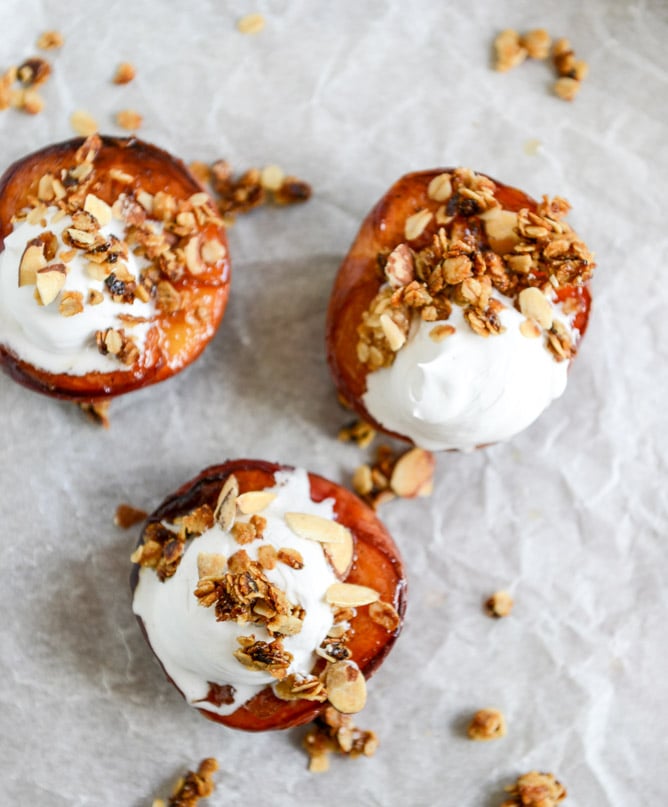 So, this is one exception where I find fruit for dessert to be acceptable. I mean, this is definitely also a snack in my mind, but I figure most of you will have it headlining as a treat instead of a pick-me-up come late afternoon.

Topped with a mascarpone and coconut bourbon whipped cream/

Finished off with a drizzle of brown butter. 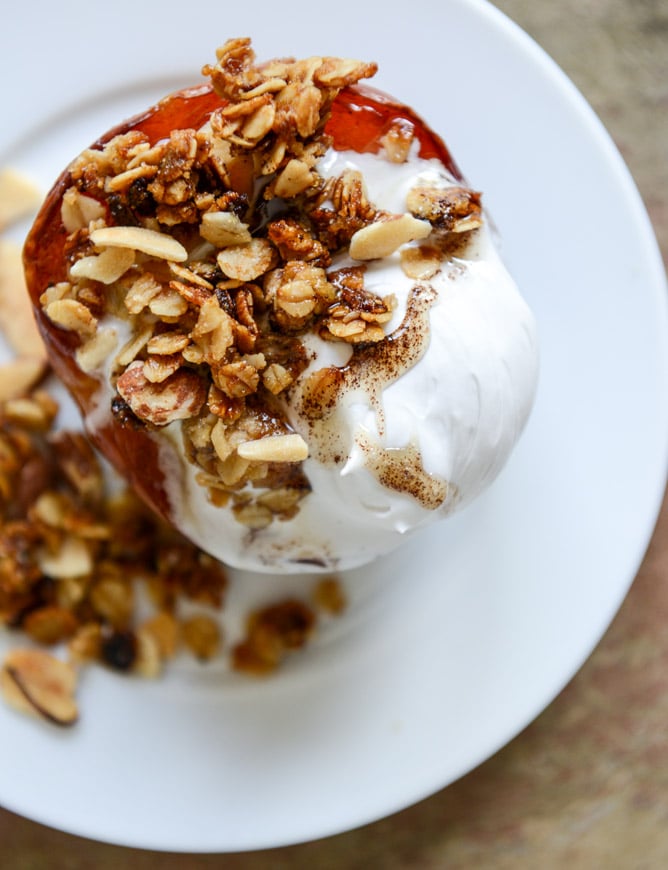 On another note, one who does not tolerate caffeine well should probably not drink a cappuccino at 10PM. Life lesson.

68 Comments on “Caramelized Peaches + Cream with a Toasted Crumble.”