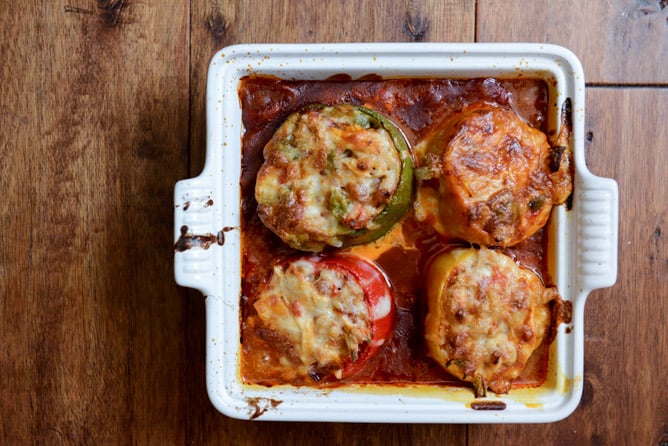 I’m jealous of myself.

Because last night as I was looking at these photos, I was extremely annoyed that this wasn’t my dinner and that a 1/4 jar of almond butter was. Know what? That’s ridiculous because I never ever cared for almond butter. Then I found this vanilla stuff and ever since, my life is basically over if there is a spoon within a two mile radius of me and the jar. I.can’t.stop.

Before I knew it, I had consumed pureed almonds for dinner. But I mean, it’s protein, so I’m good. Oh and I also had half an ear of grilled corn, so there’s that. Dinner of champions. 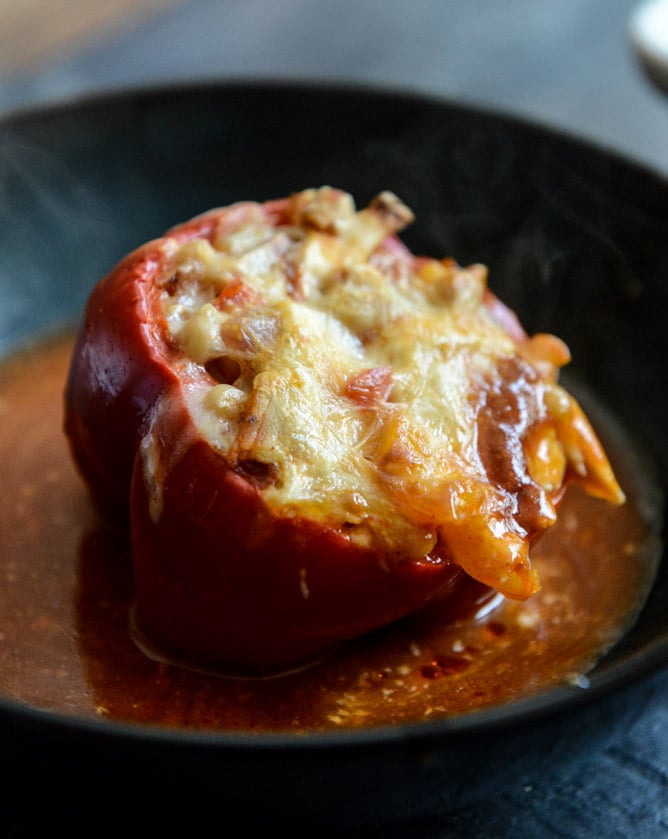 But I would have given my right arm (or, uh, almond butter jar) for these peppers for dinner. They are THAT good. Like forget-about-the-leftover-pizza-in-the-fridge good. Forget-about-the-pulled-pork-tacos-you-made-last-night good. Clearly, those are just an example of how much more substantial dinner was last week. No nuts on a spoon for dinner last week. Just lots of pizza and pork and peppers. And I chose the peppers. That is huuuuuge.

It’s funny too since these kind of just happened by accident… because I started to make enchiladas and then realized that I didn’t have any tortillas. Or rather, I had two tortillas. Which wouldn’t get me and a baking dish very far. But I had peppers! A million peppers. Or you know, a bunch of peppers. “A million” is Jessica-speak for a few. You should know this. I got pretty excited because my husband loves stuffed peppers almost as much as he loves enchiladas. Maybe more. Depends on the mood, I’m sure. Enchiladas were the first meal I ever made for him back in the day (hello 7 years ago) so they are a little sentimental. Err. Well, they COULD be sentimental if he didn’t ask for them once or twice a month. Seriously. I’m being serious. But I freaking love cooking for him and this is a dish I knew he’d flip over.

Enchiladas are an all-seasons meal in our house, whereas stuffed peppers feel a bit more wintery. They are straight up comfort food and I really find myself preparing them more often in the cold months – you know, like when my face feels like it is going to freeze off. This is a nice way to bridge the seasonal gap. It’s also an awesome make-ahead or even make-and-freeze meal.

Wait. Who am I? I rarely have my act together to plan ahead. Maybe I’m on to something. 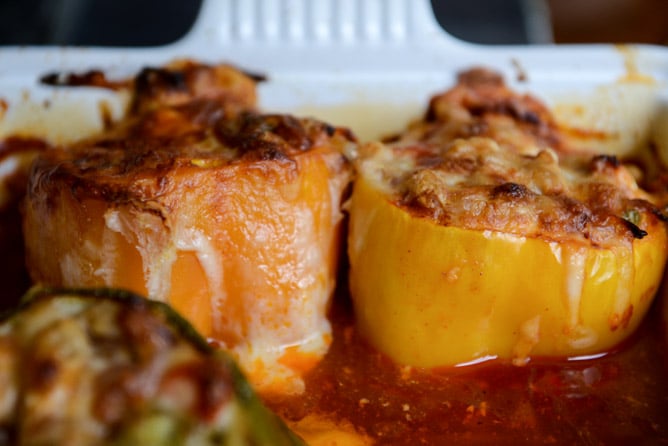 Since I can’t leave anything alone or just be happy with the original version of something, I whipped up a little avocado cream to drizzle on my pepper. It was fab. And mine all mine, since he won’t touch the green stuff. But even without the avocado, these are still super tasteful. Not that anything with golden, bubbly cheese pouring down the sides could be BAD. 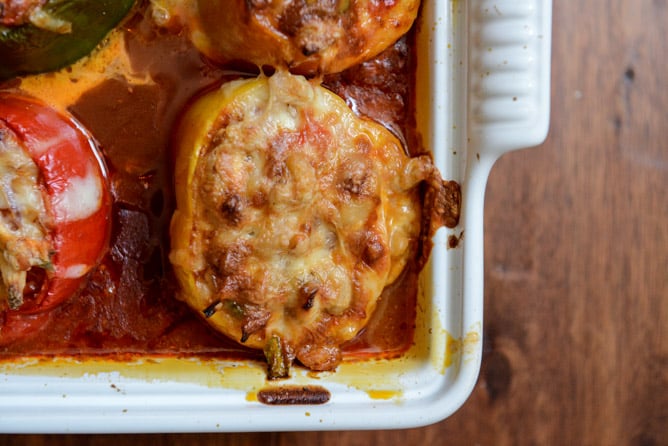