And in even more words, I made a freaking pie! 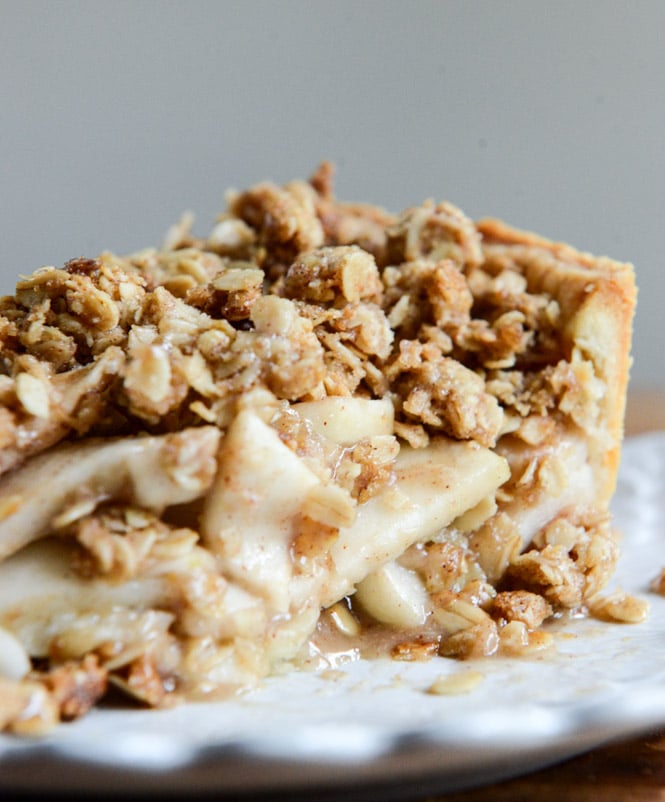 Yeah yeah – you might remember that I tried to make pie crust three years ago and claimed that there must be a pie gene and that I didn’t have it and that I had no clue who Mother Lovett passed it on to. I’m sort of calling BS on myself. I mean, I think it’s kind of true – pie making definitely comes easier for some that others. Especially when it comes to BEAUTIFUL pie making, which I really can’t do.

Sidebar: that’s why I topped my pie with a crumble because dealing with TWO pie crusts (i.e. a top and a bottom) totally broke my brain. Well, that and the fact that… I don’t really like pie crust. Yeah. There. I said it. It’s true. I just don’t love it like some people do. In fact, pastry crust in general is not my cup of tea. Pies aren’t what I lose my you-know-what over – that’s more like cheesecake and massively trashed up desserts. I love puff pastry, but that’s a whole new ballgame. However, apple pie? If it’s GOOD apple pie, like homemade apple pie, I can handle a hot slice with some ice cream. And if it’s apple pie made with, like, bourbon!… that can definitely be done too. I still stuck with Mother Lovett’s never fail pie crust that I discovered in her recipes a few years ago, but let me refresh your memory. We are pretty convinced over here in this family that it wasn’t the true recipe that she used. Actually, she didn’t use a recipe at all, hence why none of us have the slightest clue on how to make a pie. Also, she made her pie crusts with lard – yep, real life LARD! Someday I would like to attempt that but given that it’s not easily accessible and that for some unknown reason I am scared to ask for things and talk to my local grocery store employees, meaning I have no idea where the lard would even be, I stuck with butter.

So yes, this is an all butter crust. 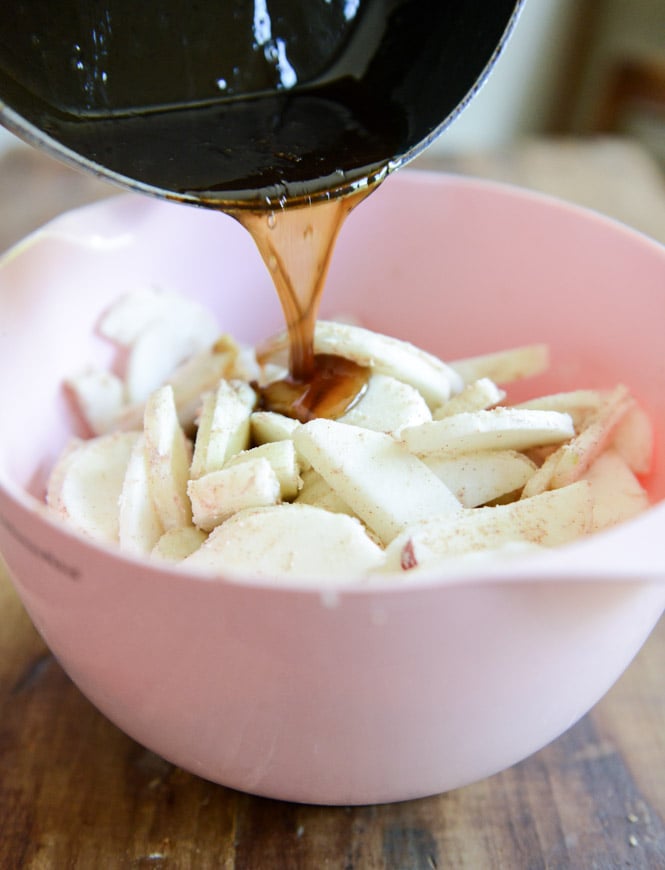 On top of that, I made the entire thing in the food processor. It was SO easy. Had that not been the case, like if I hadn’t learned that I could make it in a food processor, I never would have done this. I can’t be bothered to cut cold butter into flour. Read: I’m too lazy and impatient.

The actual reason behind how I got up the confidence to attempt the pie again? I do some freelance photography for relish magazine and back in the summer, had to make THREE pies. Three freaking pies. Anxiety ensued. Not only did I have to make the pie crust and make the pie and eat the pie, I had to photograph the pie which to me, is just impossible. I loathe photographing anything in a triangle shape and I mean… getting the perfect slice? Oomph.

But. It’s life and work and I had to do it, and that’s when I learned that in order to make it I had to do the whole owning thing. And it happened. That’s when I knew I could make one on my own accord. My pie crust didn’t turn out to be the prettiest – I didn’t prebake it and I still really have no clue what I’m doing when it comes to pie. In a few weeks I’ll do a more in-depth post (like one of my exactly how I do it posts) on making it, but that sure doesn’t mean it’s the right way. I simply tossed the dough in the plate, threw in some apples, topped it with the crumble and baked the heck out of it. The edges shrunk a bit but it was so buttery and flakey.

I ate it for dinner.

I ate it for breakfast.

I had to give it to my parents before I sold my soul to the pie devil. Serious love.

I’m still not a pie person and I don’t think I ever will be, but I feel semi-complete that I got it together enough to make one. And of course… to eat one. 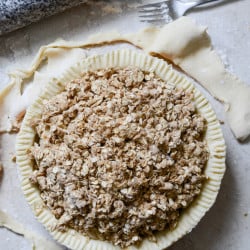 crust: as a note, this makes 3 pie crusts