I figured it was time to eat some bacon. I mean it’s been a whole week. And what better way to eat it than with lots of cheese and Brussels sprouts?

I know. The Brussels thing is still weird but I am hooked. We will get over it eventually. 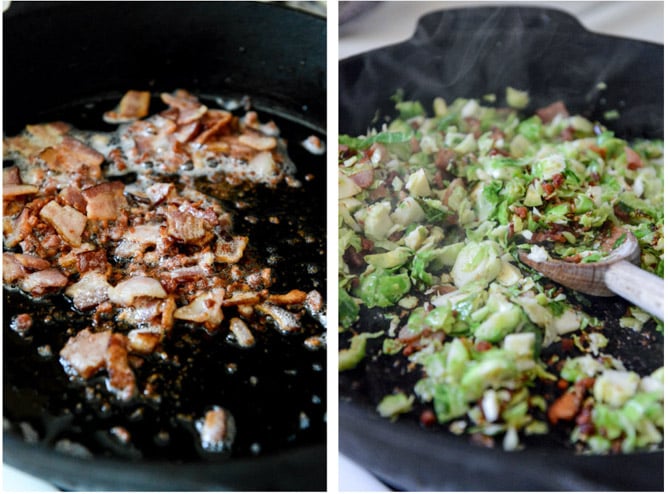 But wait, before we get to all that, today is my dad’s birthday! It’s a big birthday too. This has been THEE year of the big birthdays. Just not mine. It’s always been fun to have our birthdays so close together, and that just means one big weekend of celebration coming on up.

p.s. he probably wouldn’t touch this trashed up mac and cheese with a ten foot pool, but I will continue to try. 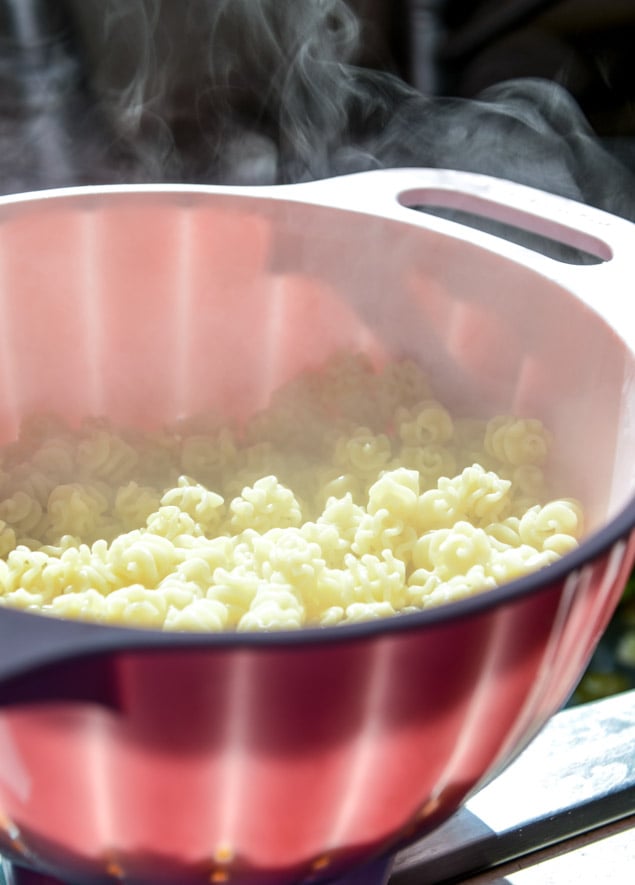 It’s actually kind of hilariously appropriate that I’m sharing this skillet o’ love today given that last night I ate some of the best Brussels sprouts of my life.  They were fried, no less.  Shocking? Nah.

I’m so gonna attempt a redo. In the meantime… we have this. 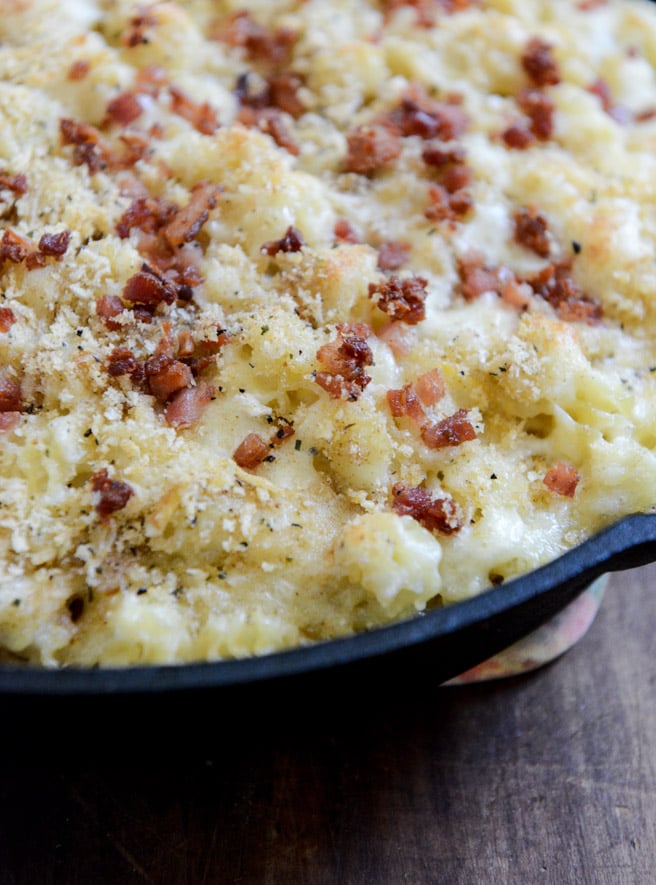 It’s a little bit of a cop out recipe, given that it’s essentially a copy of my autumn mac and cheese from three years ago. THREE years ago? What the heck. Where is this time going. I don’t understand.  I swear I just made that yesterday.

I’m just going to stare at myself in the mirror today and shout STOP GROWING! and hope that it helps. 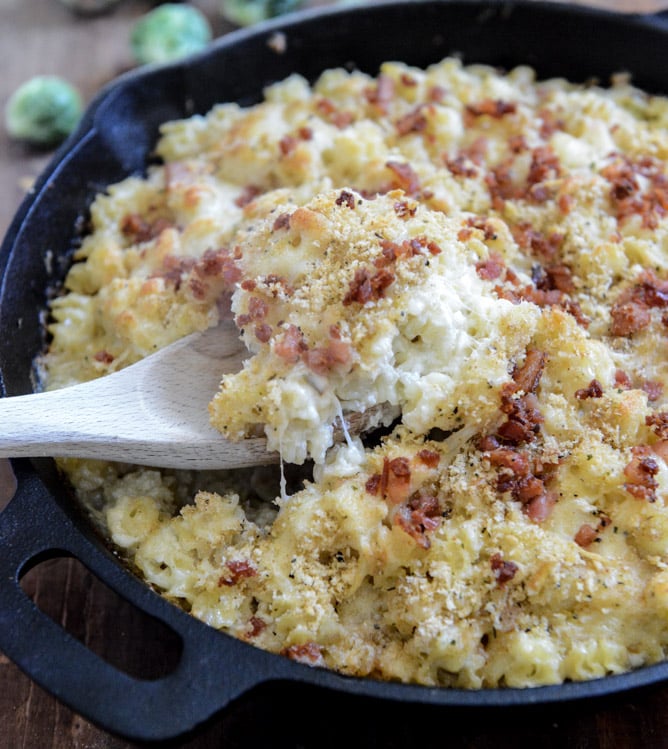 This version is also made in my trusty cast iron skillet, mostly because I adore this skillet mac and four cheese recipe so incredibly much. And it’s easy. And it’s different. And it’s cute!

Things just taste better when they come out a of skillet. That’s my story and I’m sticking to it. 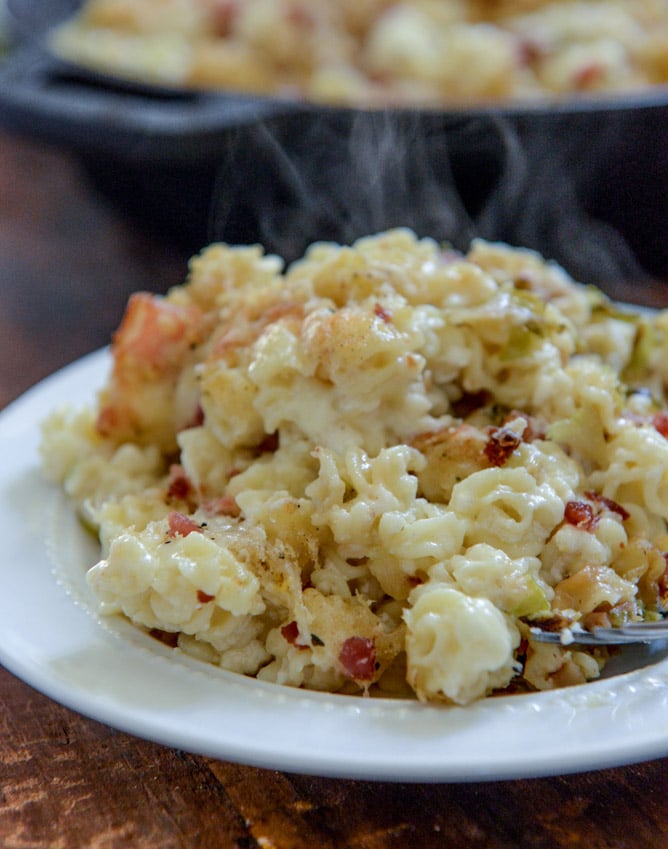 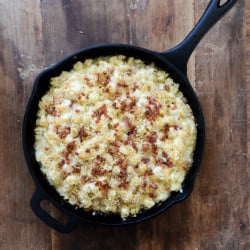 I ate all of that. No shame.