How To Make Your House Smell Amazing During The Holidays. 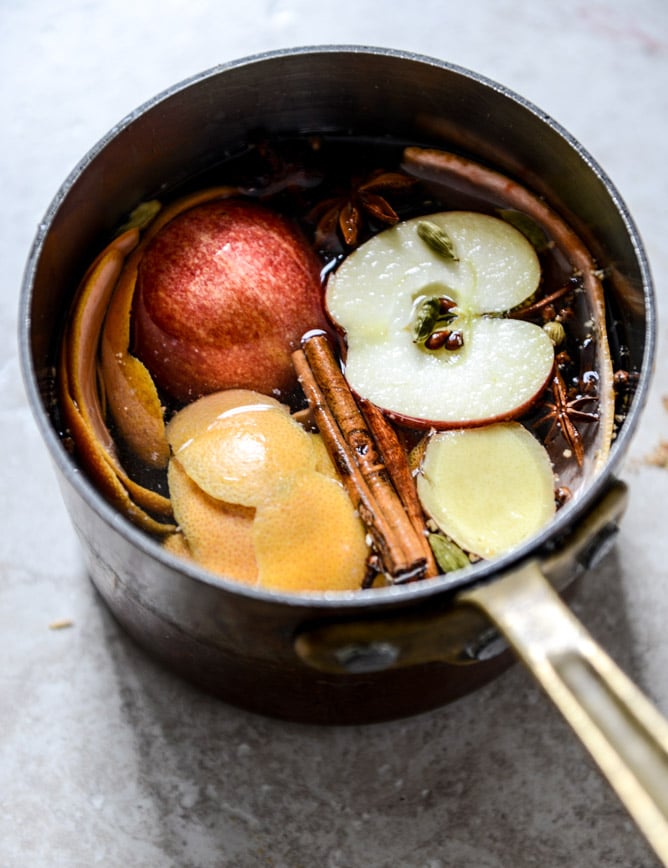 Growing up, my mom had this little crockpot that she filled with potpourri and liquid or spices. NOTHING filled the house with scent quite like that did.

This is my spur-of-the-moment version. And you can totally use a crockpot! 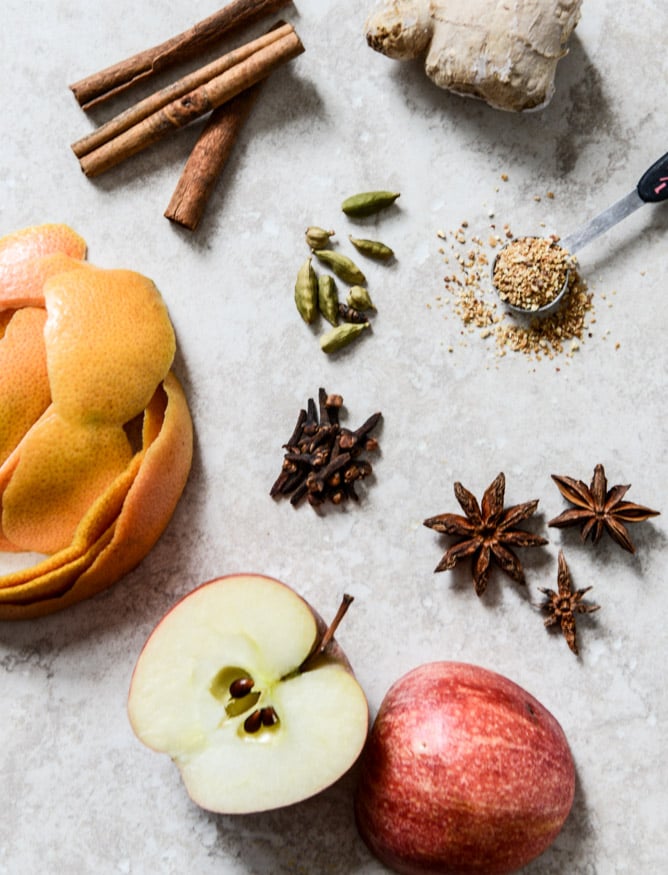 There are zero rules here: use whatever you’d like. You just add it all to big pot of water and simmer it on low heat. It works for sure – a few years ago I walked into a house and was hit in the face with the most holiday-like scent ever. Turns out it was just a big pot of simmering spices on the stove. Craze.

I used what I had on hand, which included orange peels, dried orange peel, an apple, cloves, cinnamon sticks, cardamom pods, fresh ginger and star anise. I was super tempted to use a vanilla bean but they are such precious commodities around here that I couldn’t bear it. Possibly at Christmas time!

I really love exclamation points today, by the way. 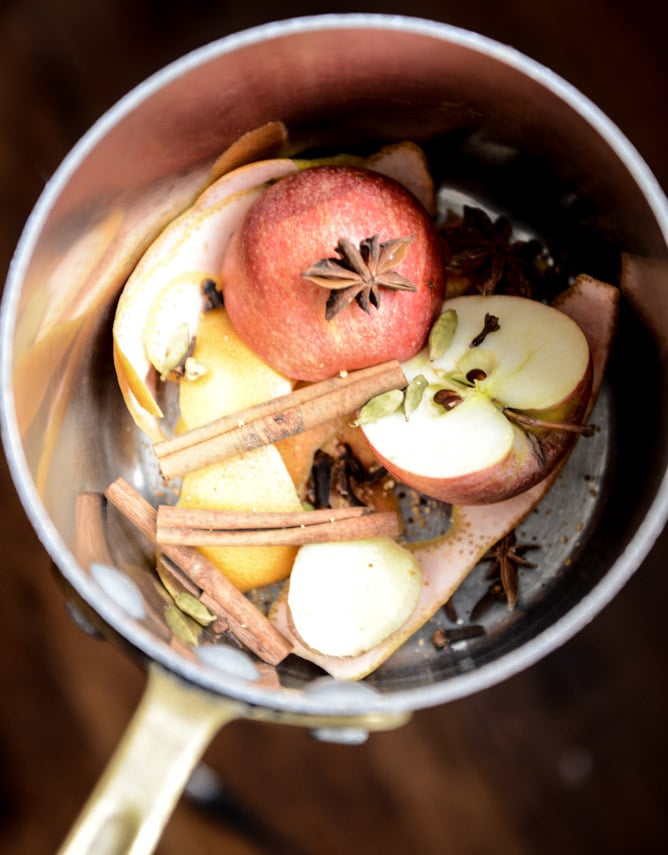 I love using it in the crockpot since I have a gas range. It’s just easier and then I don’t have to think about it for a few hours. If you give it a shot, let me know! Fake foodie candles for the win. 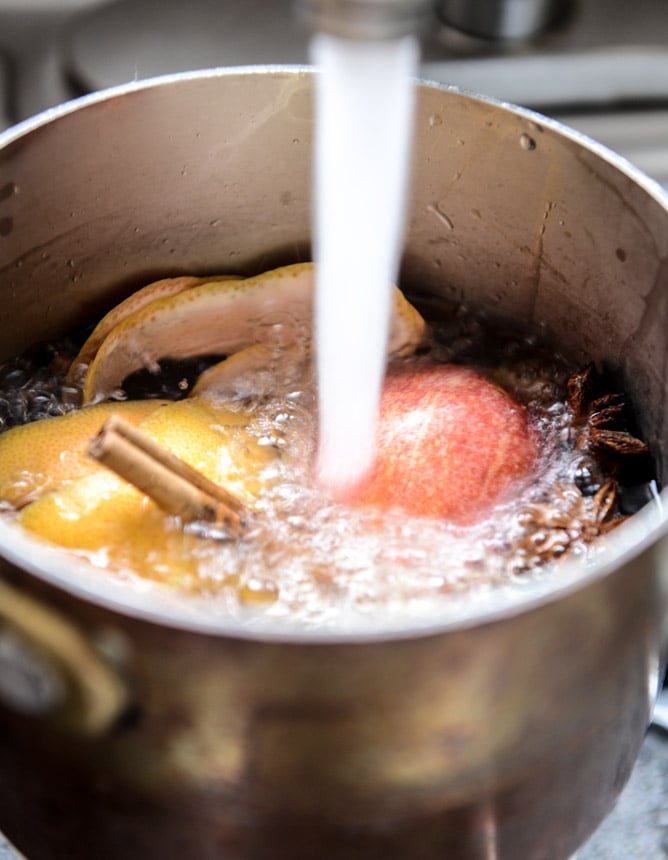 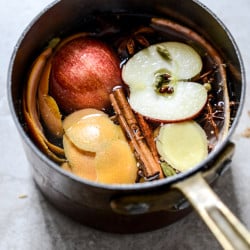 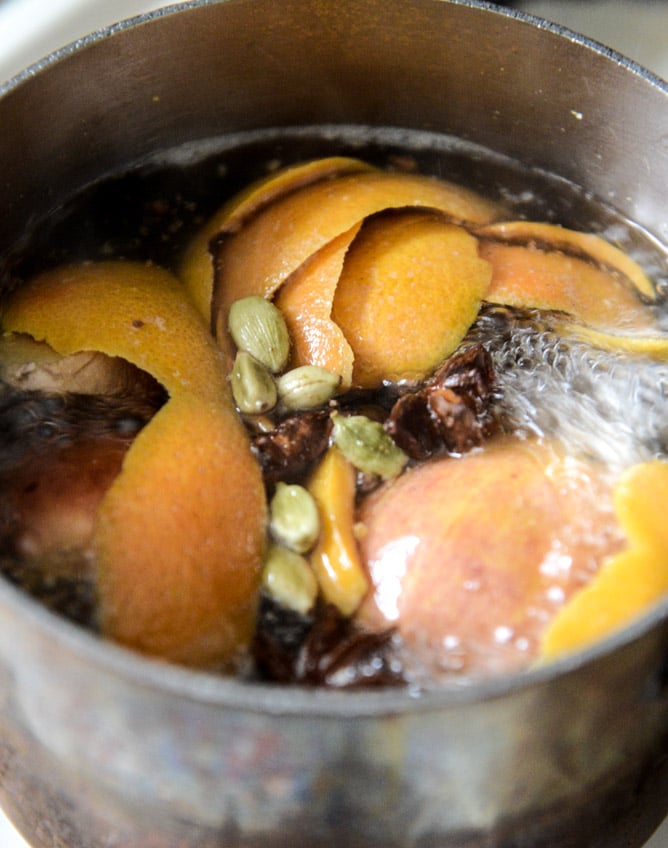 It’s so pretty too. I kind of want to eat everything in there.

143 Comments on “How To Make Your House Smell Amazing During The Holidays.”